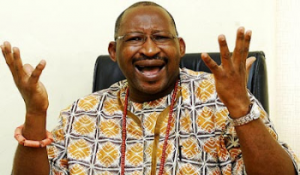 A former member of the House of Representatives, Mr Patrick Obahiagbon, has shared his views on the passage of the Petroleum Industry Governance Bill, which was passed by the Senate on Thursday.

The PIGB is the first part of the Petroleum Industry Bill, which the National Assembly has failed to pass since 2008.

To allow for easier passage of the bill, the Senate broke it into three parts.

Obahiagbon responded to the passage of the bill when he appeared on Politics Today on Channels Television.

The former lawmaker expressed excitement over the passage of the bill after years of delay, saying his palate was “titillated” when he heard the news.