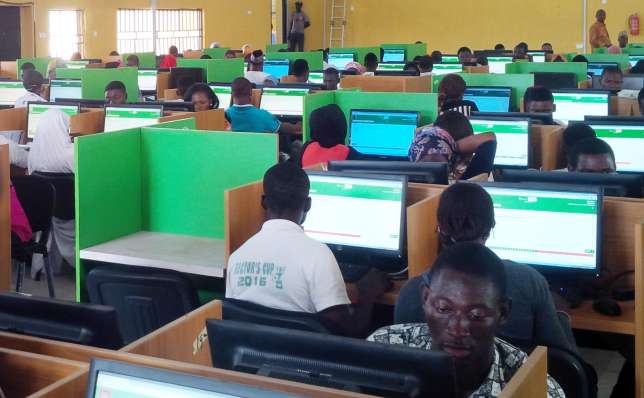 Dr Fabian Benjamin, JAMB’s Head of Media, made the call on Thursday during a courtesy call on Mr Bayo Onanuga, the Managing Director of the News Agency of Nigeria (NAN) in Abuja.

Dr Fabian Benjamin, JAMB’s Head of Media, made the call on Thursday during a courtesy call on Mr Bayo Onanuga, the Managing Director of the News Agency of Nigeria (NAN) in Abuja.

Benjamin said that JAMB was in the NAN premises to familiarise with the organisation, ahead of its Computer-based Test (CBT) examination scheduled to begin nationwide on March 9 and last till March 19.

He said that NAN was doing a wonderful job in terms of dissemination of news, especially in realisation of the Federal Government’s change agenda.

“NAN has played major role in the nation building processes. Whoever initiated the idea of establishing the organisation must have thought it very well.

“Once you give NAN any news it gets across the nation; we commend the leadership of NAN for what it is doing in this direction.

“We are starting our UTME tomorrow and in our policy of inclusiveness, we want to carry people along, because we want to run a transparent system and we have nothing to hide.

“We invite all Nigerians, particularly the media to participate and see what we are doing; examination is all about trust, so we are opening the platform for everybody to see what we do.

“We believe that if people know what is done and how to go about it, they will have confidence in the outcome, particularly in conduct of public examination,’’ Benjamin said.

He described NAN’s reach as wider, when compared to other media outlets.

Benjamin also appealed to the management of the organisation to help in the dissemination of news about the examination.

Responding, Onanuga thanked the delegation for the visit, urging them to always harness the organisation’s reach to gain impact.

He commended JAMB for the use of CBT to conduct public examinations, thereby contributing to the reduction of examination malpractices.

NAN managing director also lauded the examination body’s remittance of funds to the government, describing it as right steps in the right direction toward nation building.

“If all examination bodies can emulate such practices our country will improve.

“We need a change of heart and right approach to leadership to really move our nation forward,” Onanuga said.