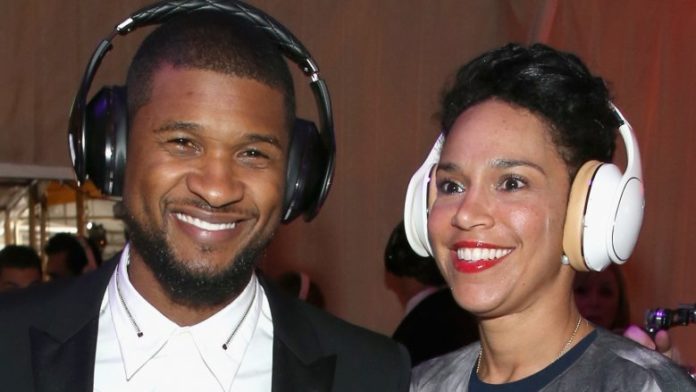 According to court documents obtained by The Blast, the “Yeah!” hitmaker, whose full name is Usher Raymond IV, reportedly filed for divorce in Georgia on Friday, Dec. 28, 2018. The news comes nine months after the former couple initially called it quits on their three-year marriage.

At the time of this writing, further details about the “U Got It Bad” crooner’s legal docs, including spousal support and division of property, have yet to be determined. However, as the media outlet noted, Usher appears to be using his lawyer from his divorce proceedings and custody battle with first wife Temeka Foster.

As Nicki Swift previously reported, Usher, 40, and Miguel, 49, first announced their split in March 2018. The estranged exes had tied the knot in an intimate ceremony held in Havana, Cuba in September 2015, after first getting together in 2009. While they have no children together, Usher shares two sons, 11-year-old Usher Raymond V and 10-year-old Naviyd Ely, from his previous marriage with Foster, 47.

“After much thought and consideration we have mutually decided to separate as a couple,” Usher and Miguel released in a joint statement to Us Weekly earlier this year. “We remain deeply connected, loving friends who will continue supporting each other through the next phases of our lives. The enormous amount of love and respect that we have for each other will only increase as we move forward.”

While a number of celeb pairings have celebrated their love by getting hitched this holiday season, including “Nothing Breaks Like a Heart” singer Miley Cyrus and Hunger Games star Liam Hemsworth, several others have also sadly called it quits this past week. On Thursday, Dec. 27, Black Panther actor Forest Whitaker filed for divorce from his wife of 22 years, actress Keisha Nash. Citing irreconcilable differences as the reason for the split, the movie star also requested a termination in the court’s ability to grant spousal support to his ex. Meanwhile, The Conners star Michael Fishman and his wife, Jennifer Briner, amicably decided to end their 19-year marriage by filing for a separation together that same day.