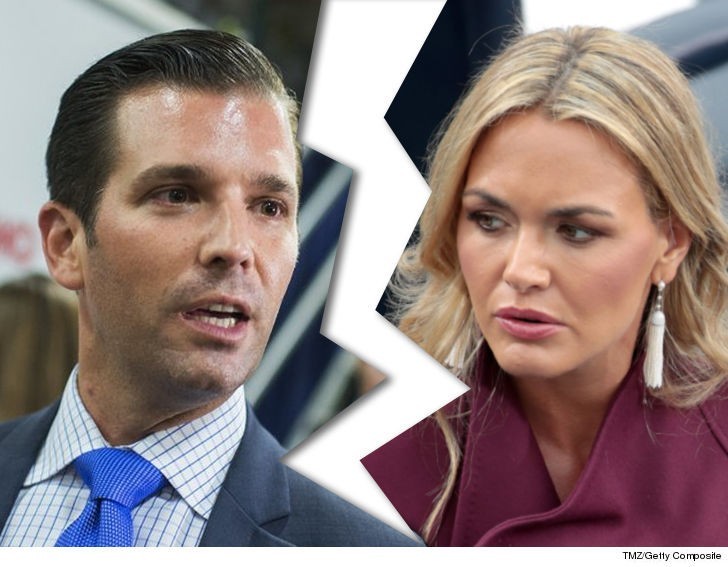 Earlier today we reported that Donald Trump Jr. and his wife Vanessa Trump are reportedly set to divorce after 13 years together and five children together.

According to a new TMZ report, Venessa, the wife of the eldest son of the US President has finally filed for a divorce to end her marriage.

Vanessa Trump filed docs Thursday in the Manhattan courts, and she’s seeking an uncontested proceeding. That’s a strong sign the couple has already hammered out details of their split, such as child custody and property.

Sources connected to the family tell TMZ the divorce is has been a long time coming, and the relationship has been “bad for a while.” Among the issues, Vanessa “hates politics and Don Jr. is gone all the time.”

One source says contrary to being upset, Don Jr. is “relieved.”

According to the NY Post, Vanessa’s been upset about some of his controversial tweets, most of which defend President Trump and his policies.

It was also reported that Vanessa got a major scare just last month, when she received an envelope with white powder, and a hate letter for Don Jr. that read, in part, “You the family idiot. This is the reason why people hate you. You are getting what you deserve.” The powder turned out to be corn starch, and the sender was eventually arrested.

Sources say that incident absolutely “freaked her out.”

The couple who got married in 2005, share five children  Kai, Donald III, Spencer, Tristan and Chloe Trump together.