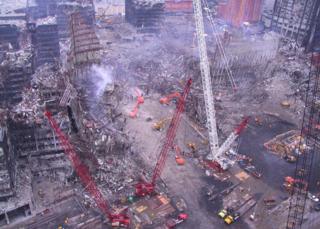 Archivists who bought a stash of CDs at a house clearance sale found 2,400 photos of Ground Zero in New York taken following the 9/11 attacks in 2001.

They appear to have been taken by an as yet unidentified construction worker who helped to clear up the wreckage of the World Trade Center towers and surrounding area.

The CDs were in poor condition but the data was ultimately retrievable.

The digital albums include images of Ground Zero itself taken both at ground level and from above, construction staff at work and the damaged interiors of the blocks surrounding the towers.

Nearly 3,000 people died when four hijacked airliners were crashed into the World Trade Center in New York, the Pentagon and a field in Pennsylvania.

“Generally these items are neglected at sales. It’s very likely these would be in a dumpster by now had we not gone,” said Dr Johnathan Burgess, whose partner discovered the photos at the sale. Dr Burgess then archived the images and released them through fellow archivist Jason Scott.

“It’s a miracle the discs transferred so well, CD Roms of that age are pretty spotty.”

He used a CD recovery service to retrieve some of the images.

Dr Burgess said he and Mr Scott had so far been unsuccessful in tracking down the photographer or any relatives.

Many of those who worked in the immediate aftermath of the 9/11 attacks went on to suffer illness, with about 400,000 people believed to have been exposed to toxic contaminants, or suffered injury or trauma on the day itself according to the Center for Disease Control and Prevention (CDC).

Dr Burgess said sharing the photos was “about doing what’s right for humanity” and suggested that people who are moved by them should consider donating to a worthy cause of their choice.

Here is a selection of photos from the collection on Flickr. 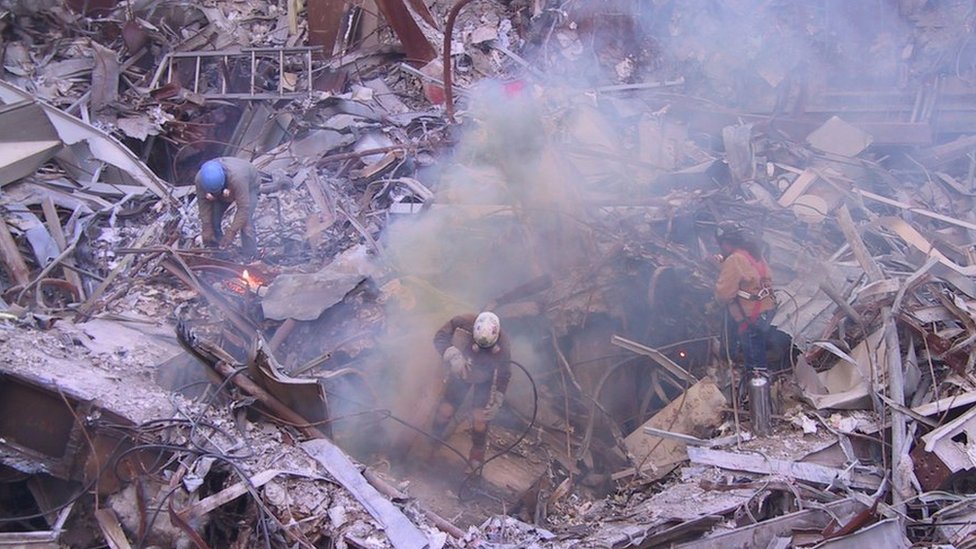