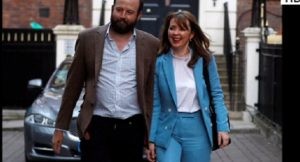 Nick Timothy, May’s co-chief of staff, said on the ConservativeHome website that he stepped down on Friday (June 9), while the BBC reported that Fiona Hill had also quit.

Timothy wrote that the reason for the disappointing election result was not an absence of support for the prime minister or the Conservatives but an unexpected surge in support for Labour.

He said he took responsibility for his part in the campaign and particularly regretted the decision not to include more details on how the party proposed to meet increasing social care costs.