Twitter influencer accuses her boyfriend of abusing her and conniving with police to intimidate her; he responds with his side of the story 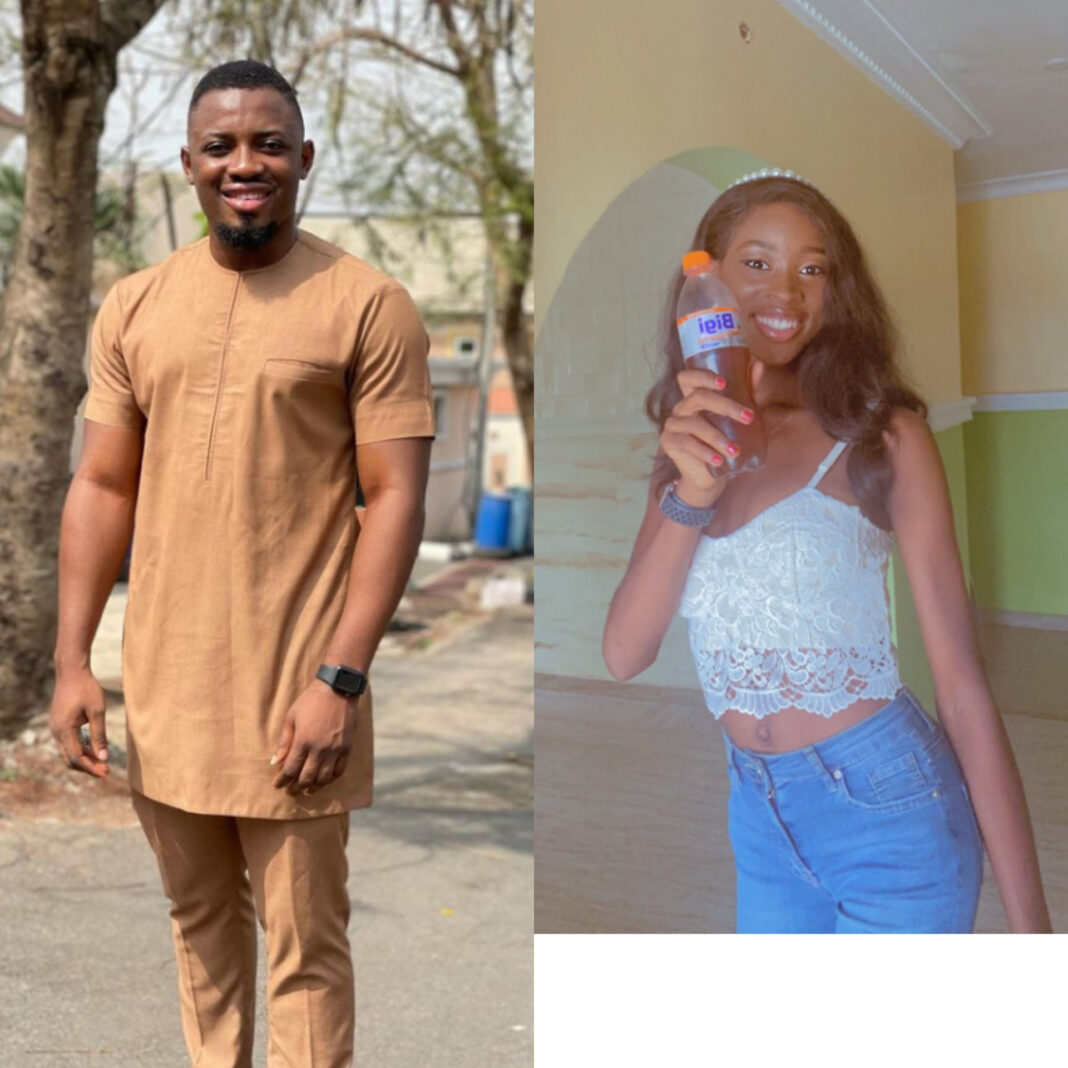 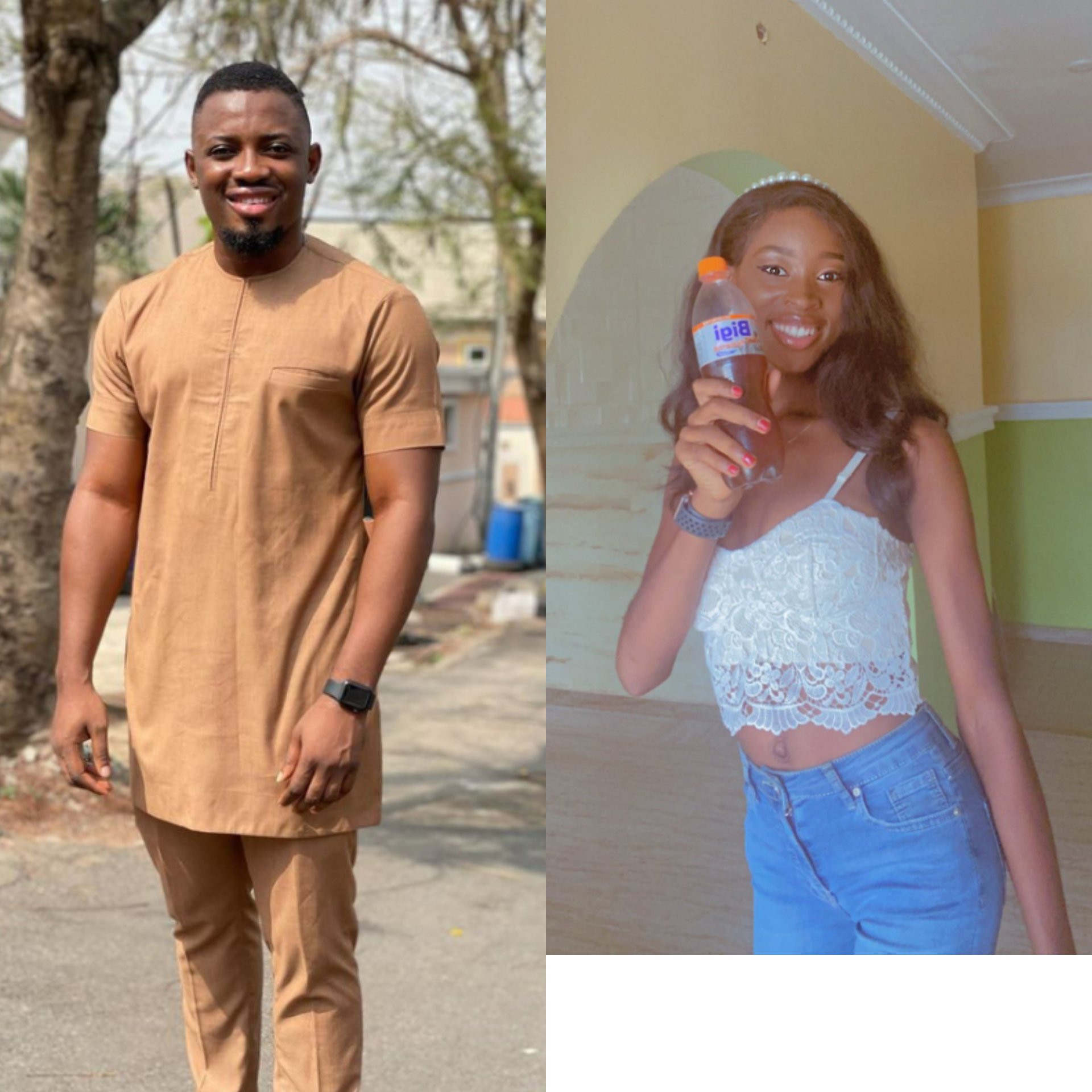 Two Twitter influences dating are accusing each other of domestic violence, and Twitter users are already taking sides.

It began with the Twitter user, Bena, going on Twitter to claim her boyfriend, Biyi Nifemi Tudors, a marketing professional and Twitter influencer, beat her up.

She later deleted the tweets.

Shortly after deleting the tweets, she returned to Twitter to say the police made her delete the tweets.

She alleged that Biyi, upon seeing her tweet, rushed to the police station to report first and accuse her of being the violent one. She insisted in a new thread that Biyi was the one who was violent towards her. She then accused the police of working with Biyi to intimidate her.

Responding on Twitter, Biyi said Bena was the one who abused him. He went on to narrate how it allegedly happened.

Both Bena and Biyi have supporters, but they also have critics who don’t believe their stories. 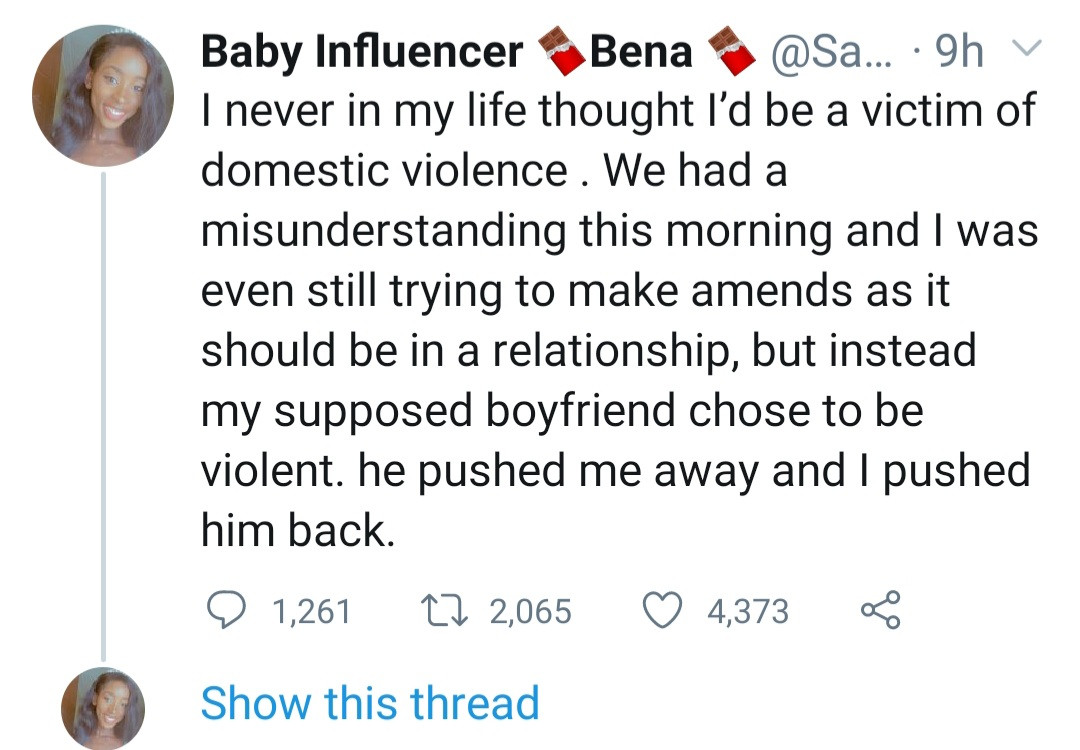 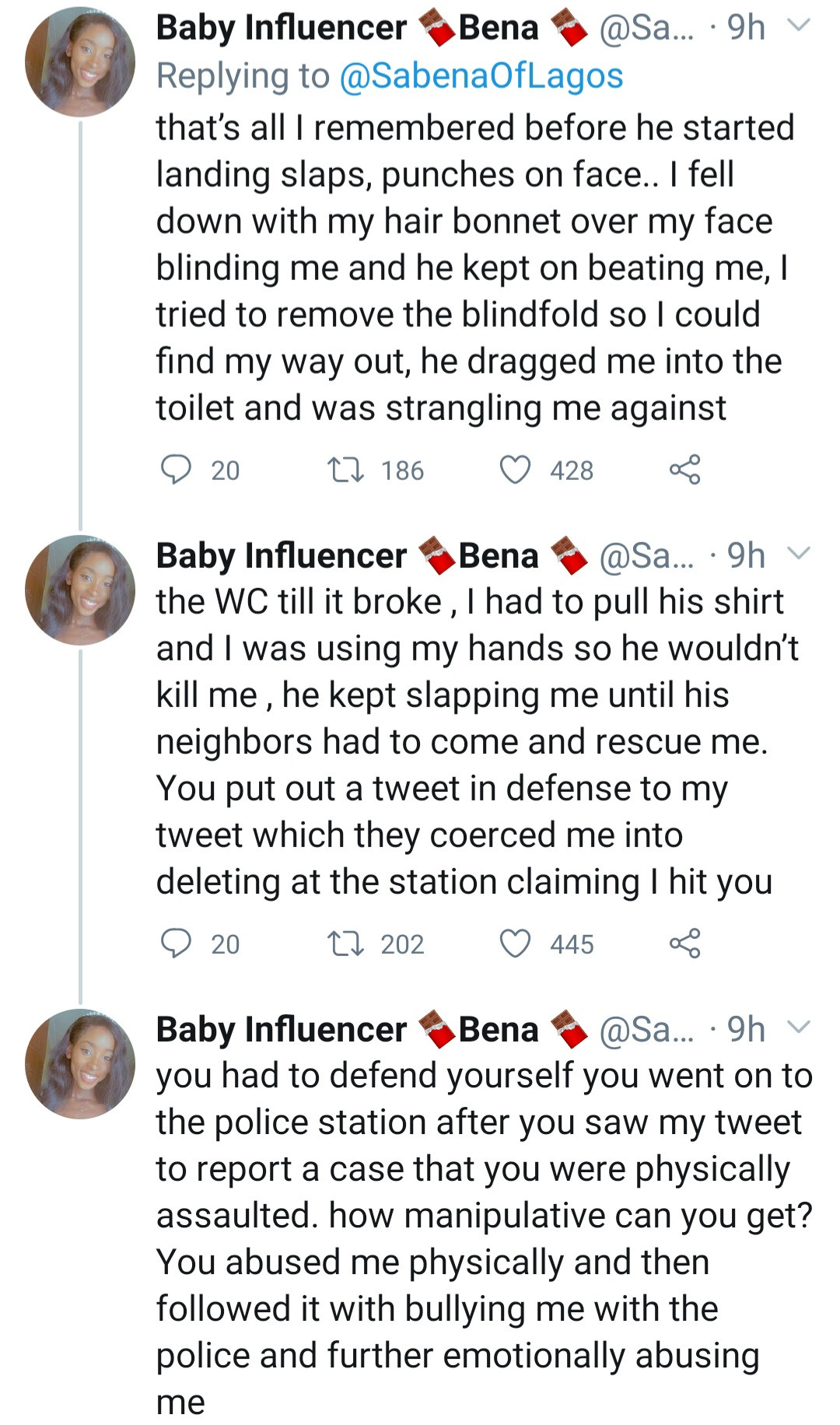 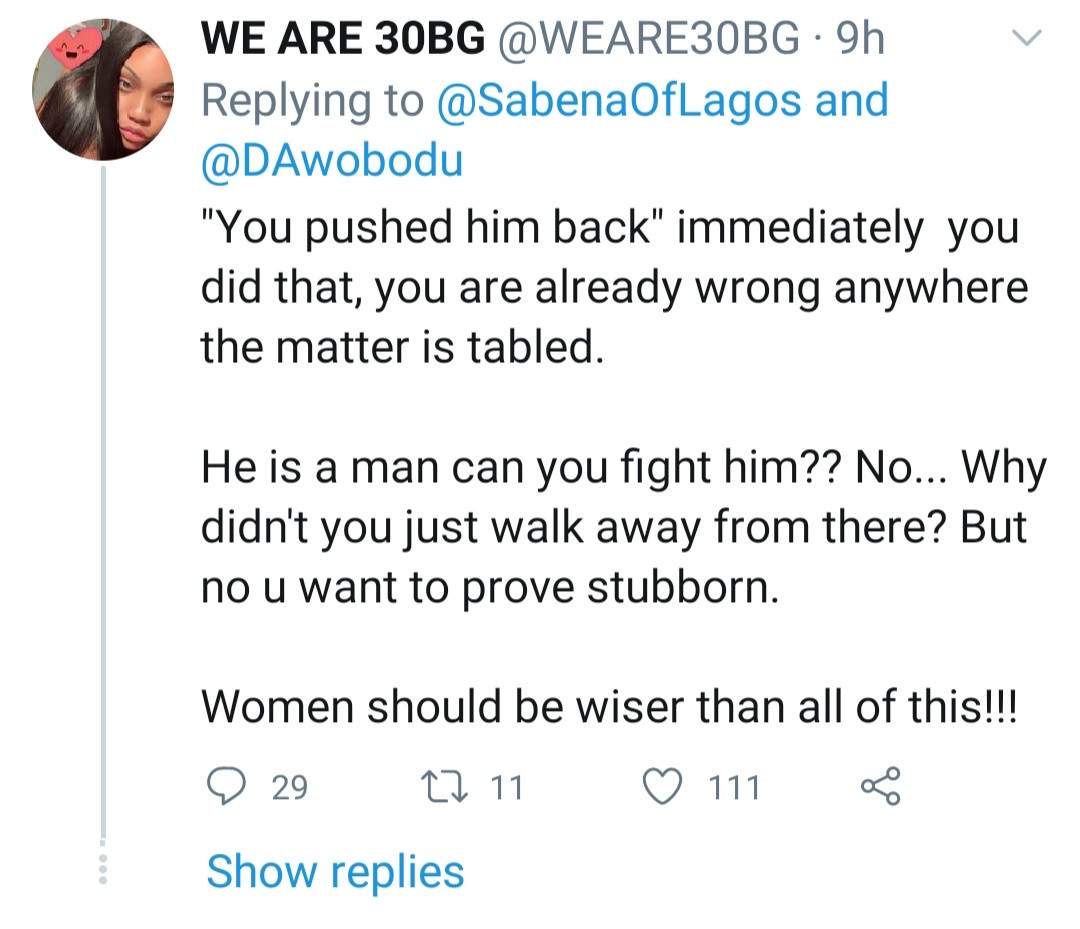 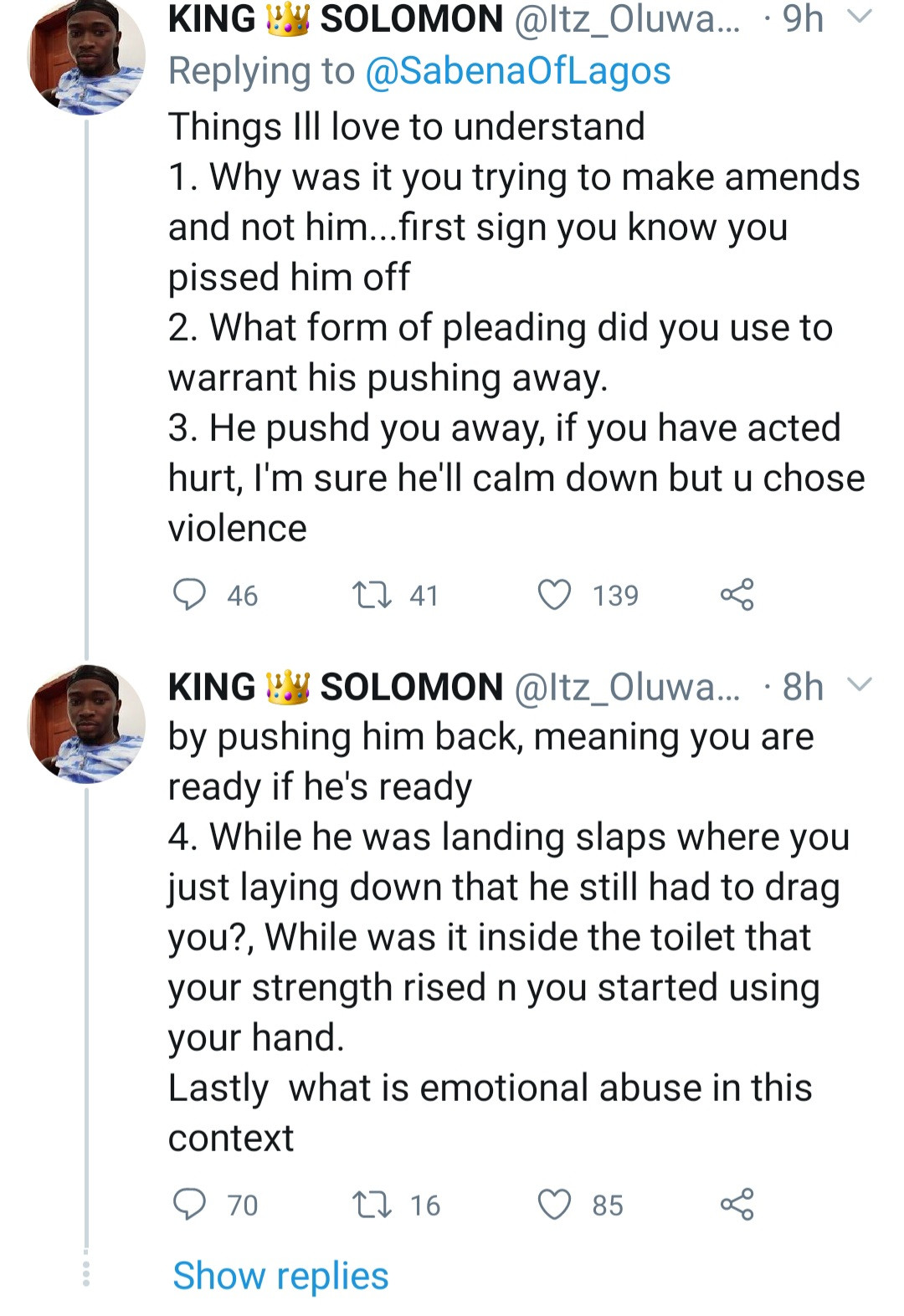 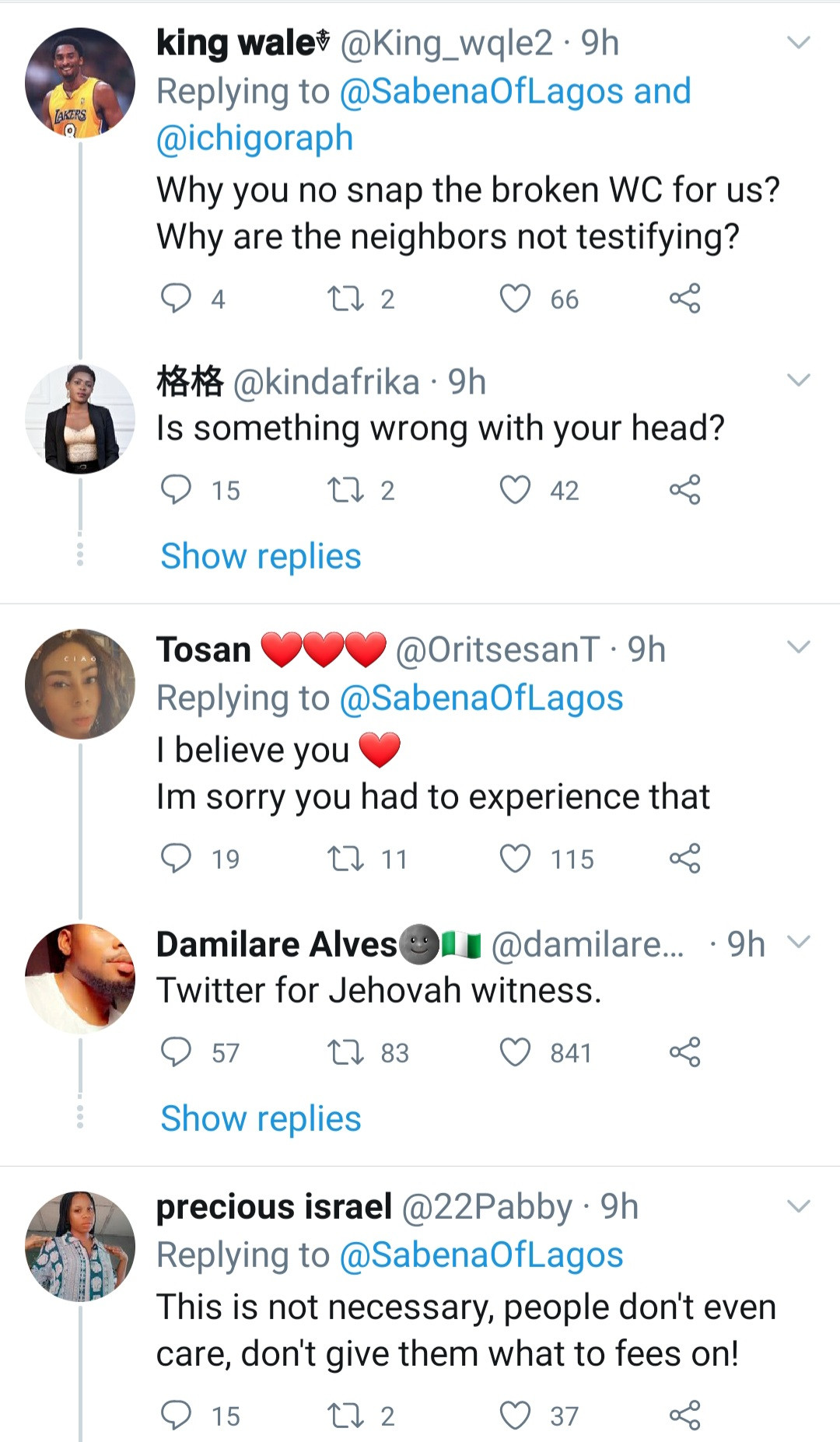 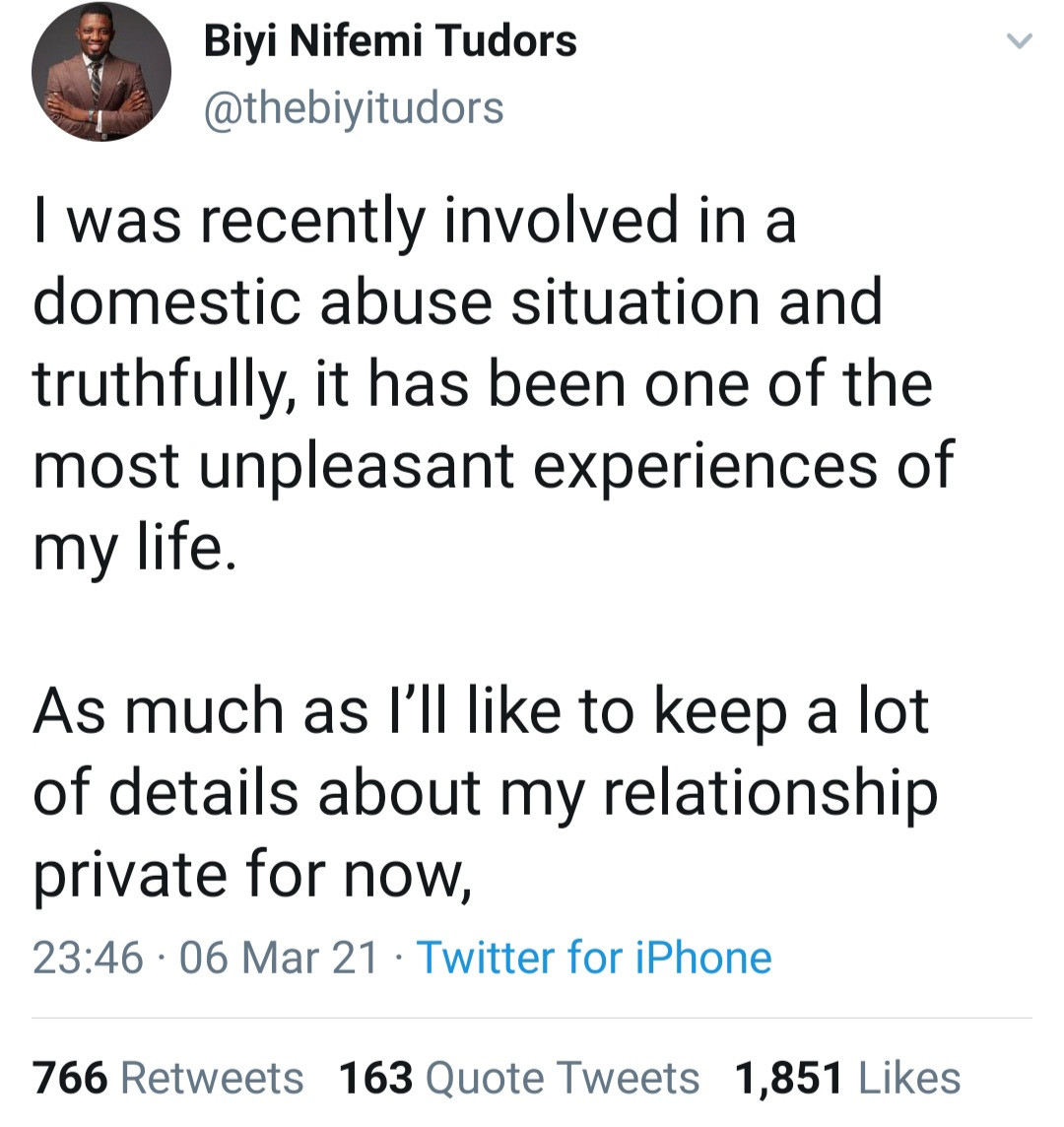 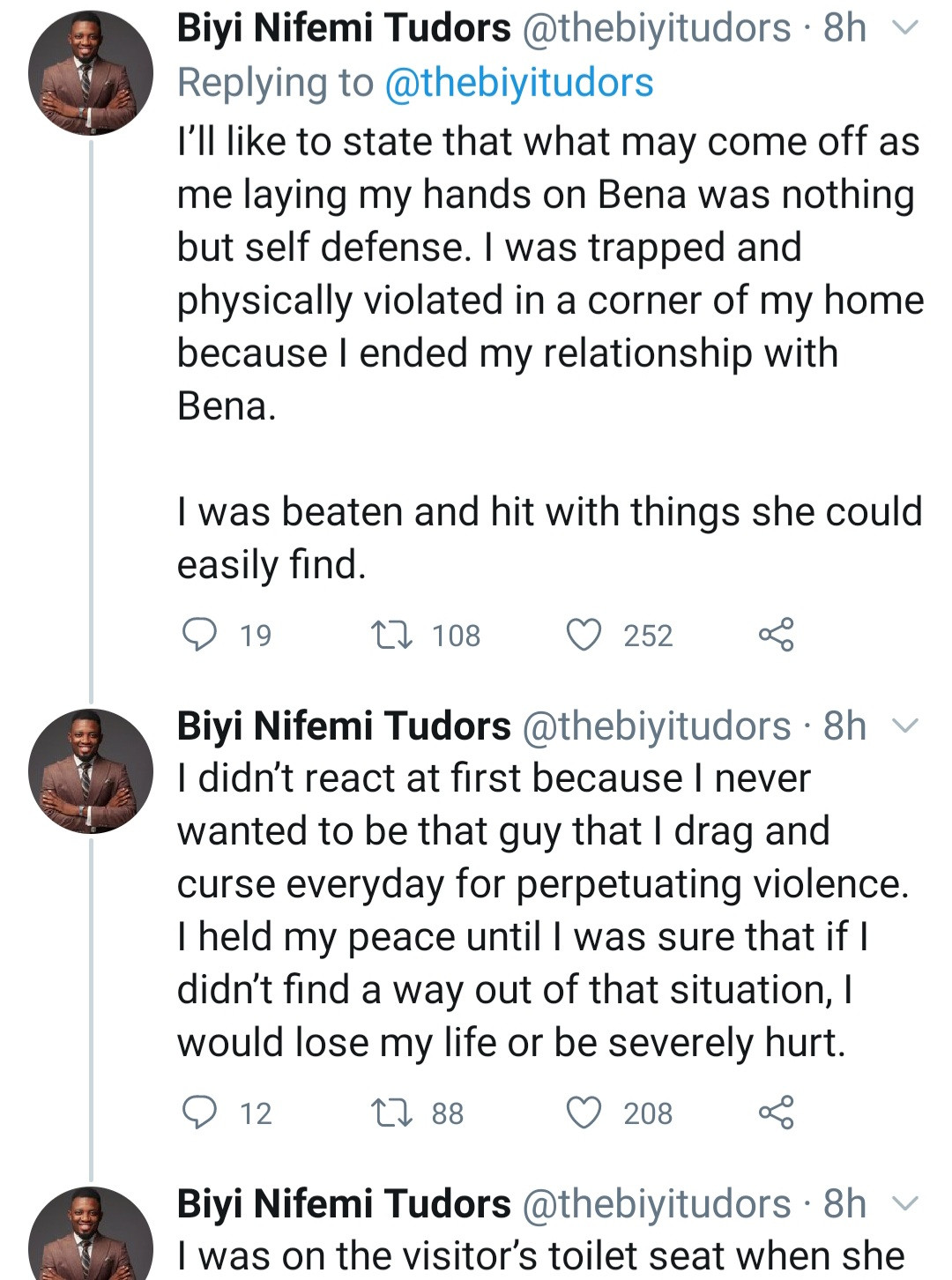 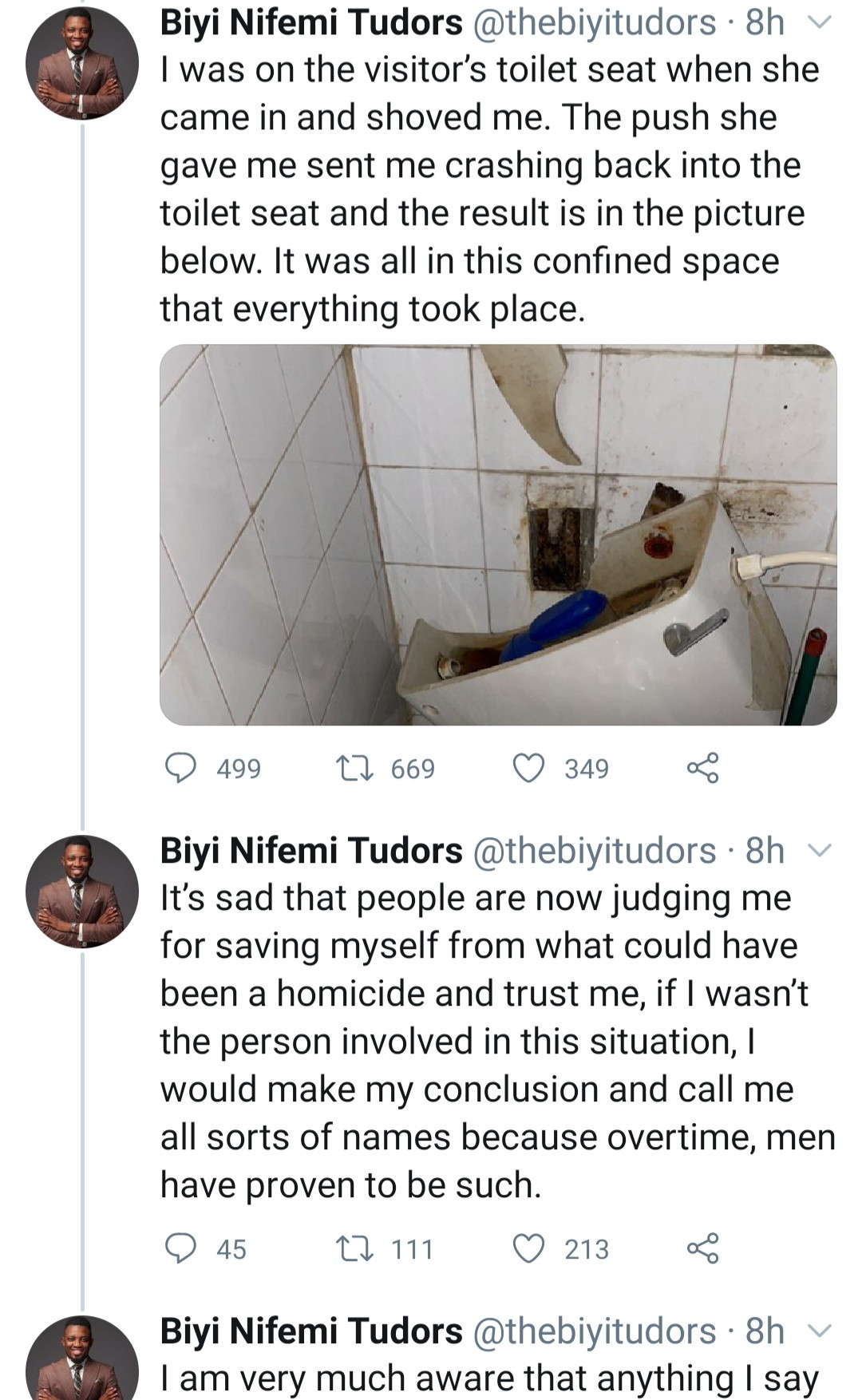 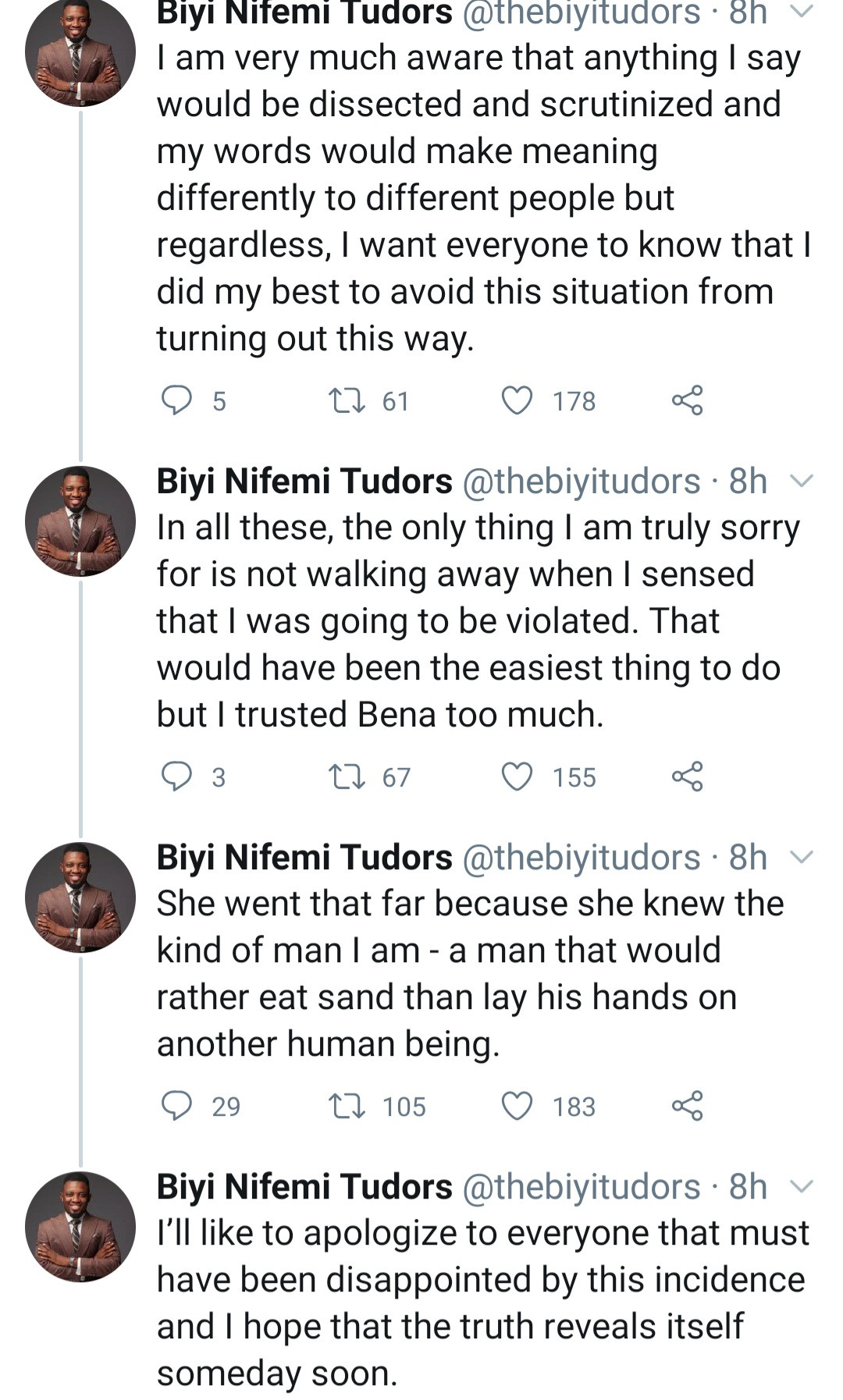 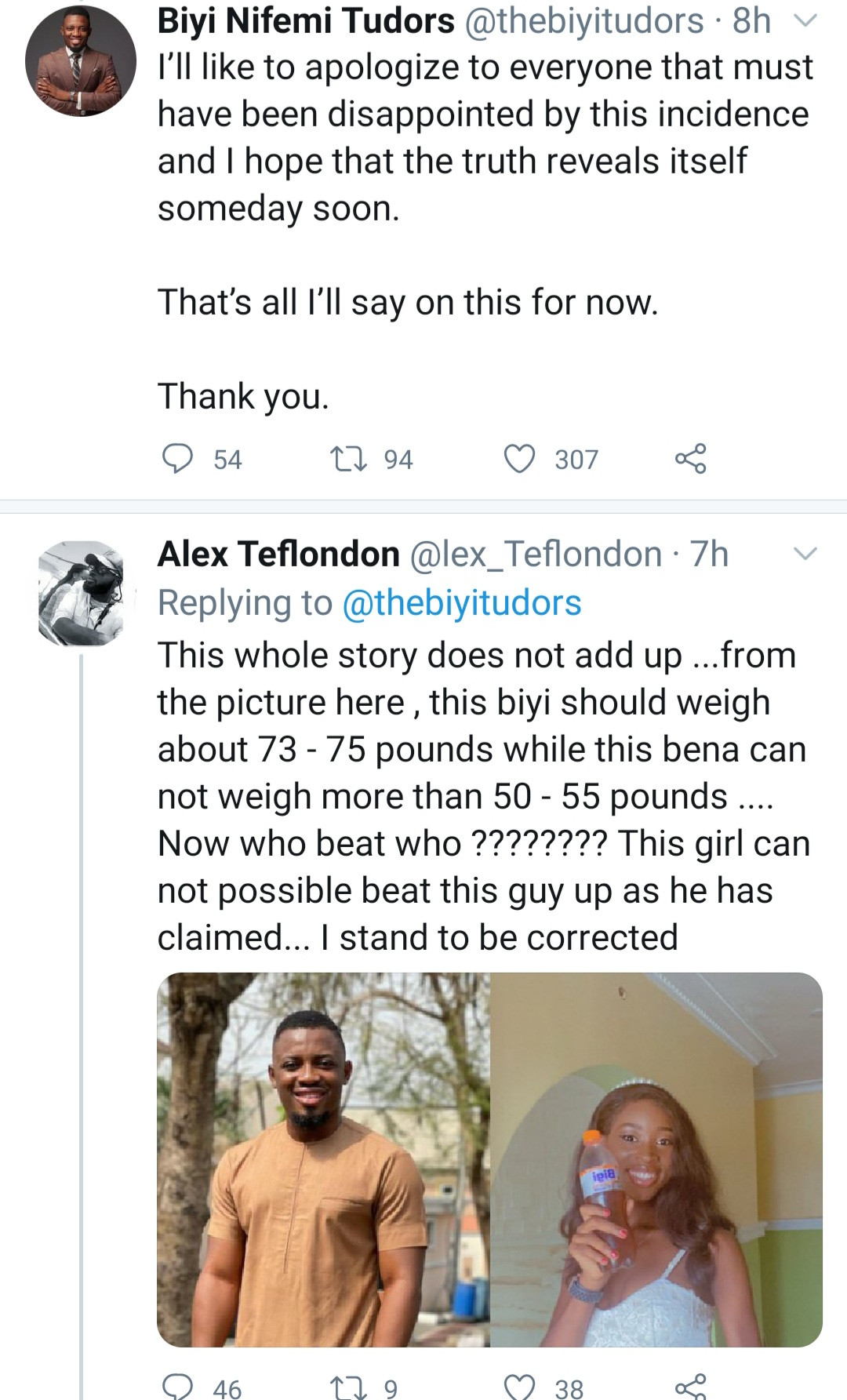 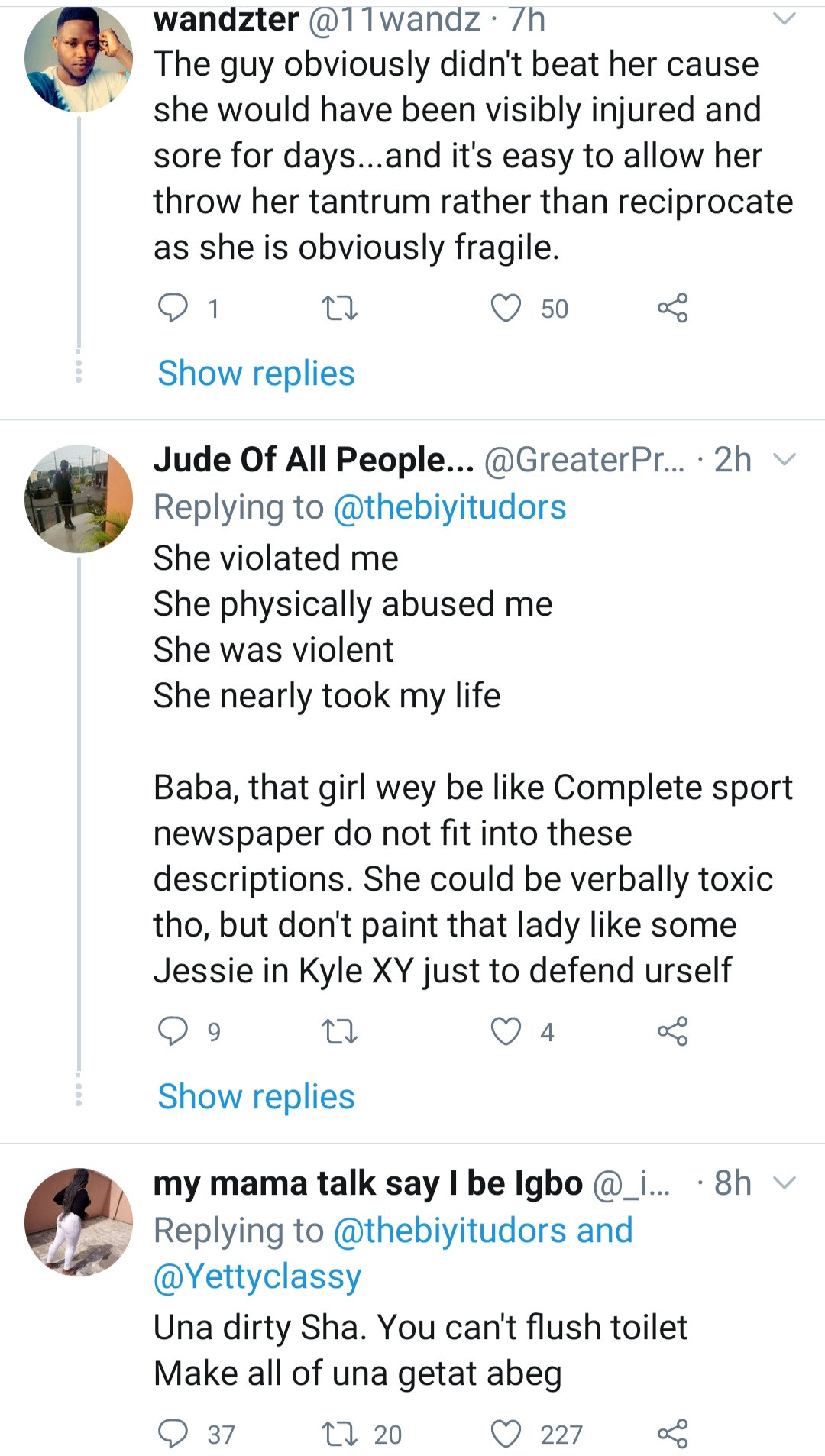 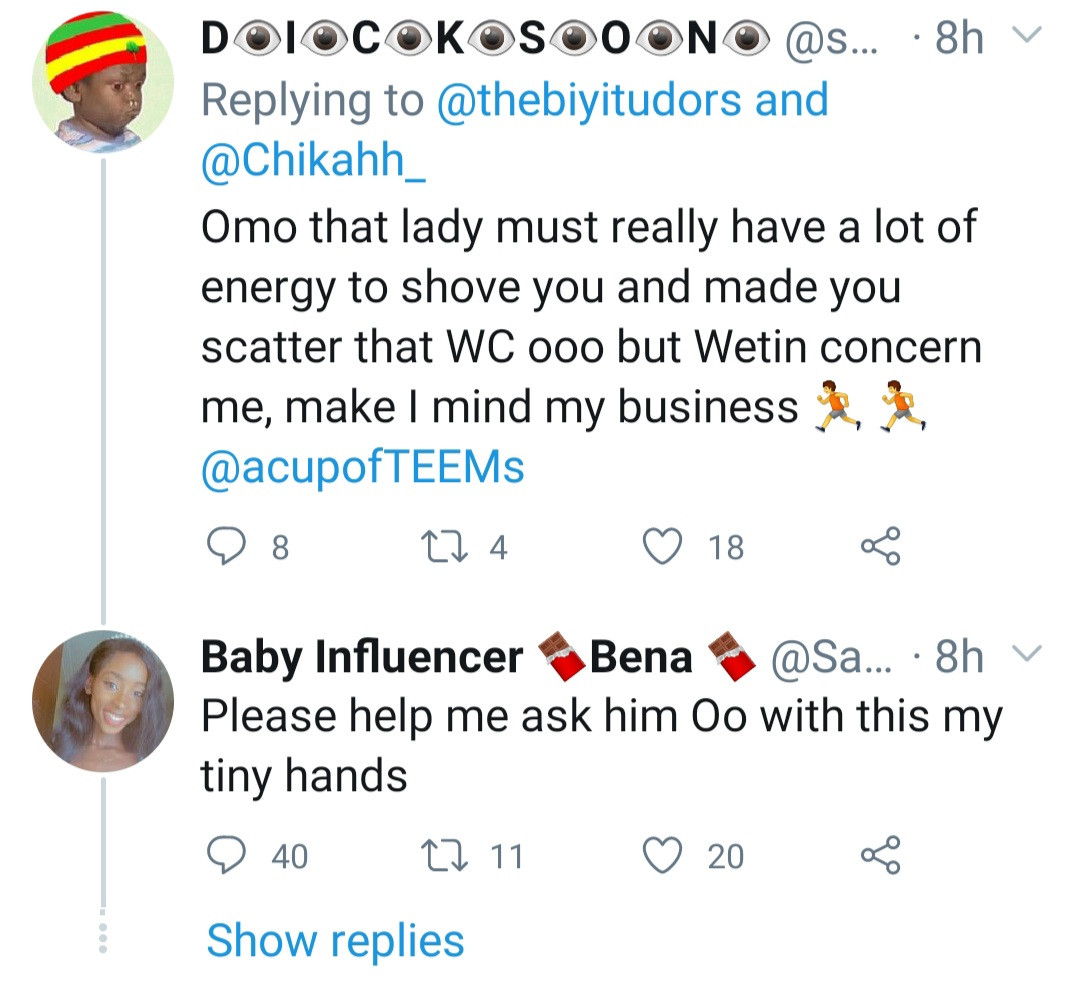 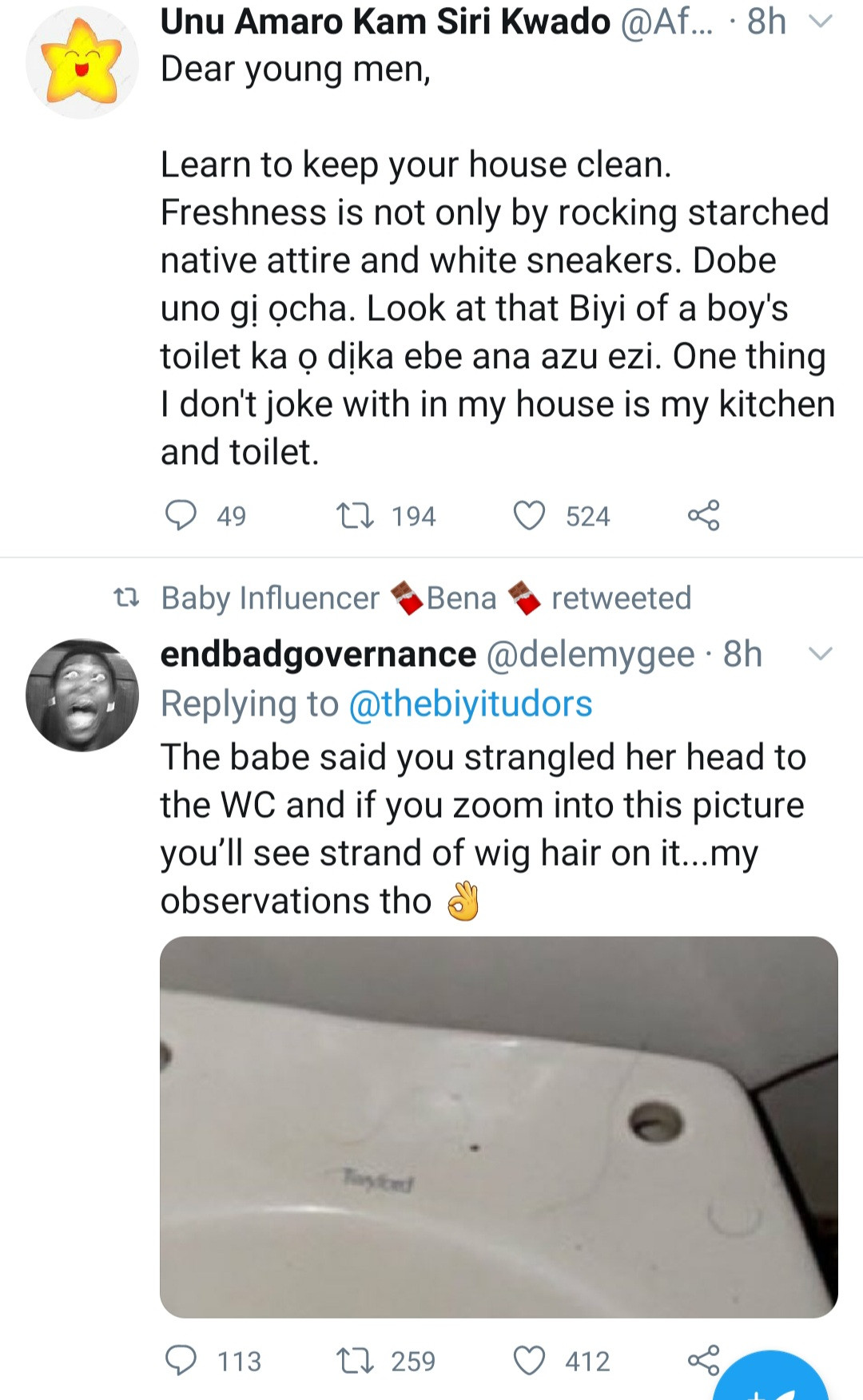 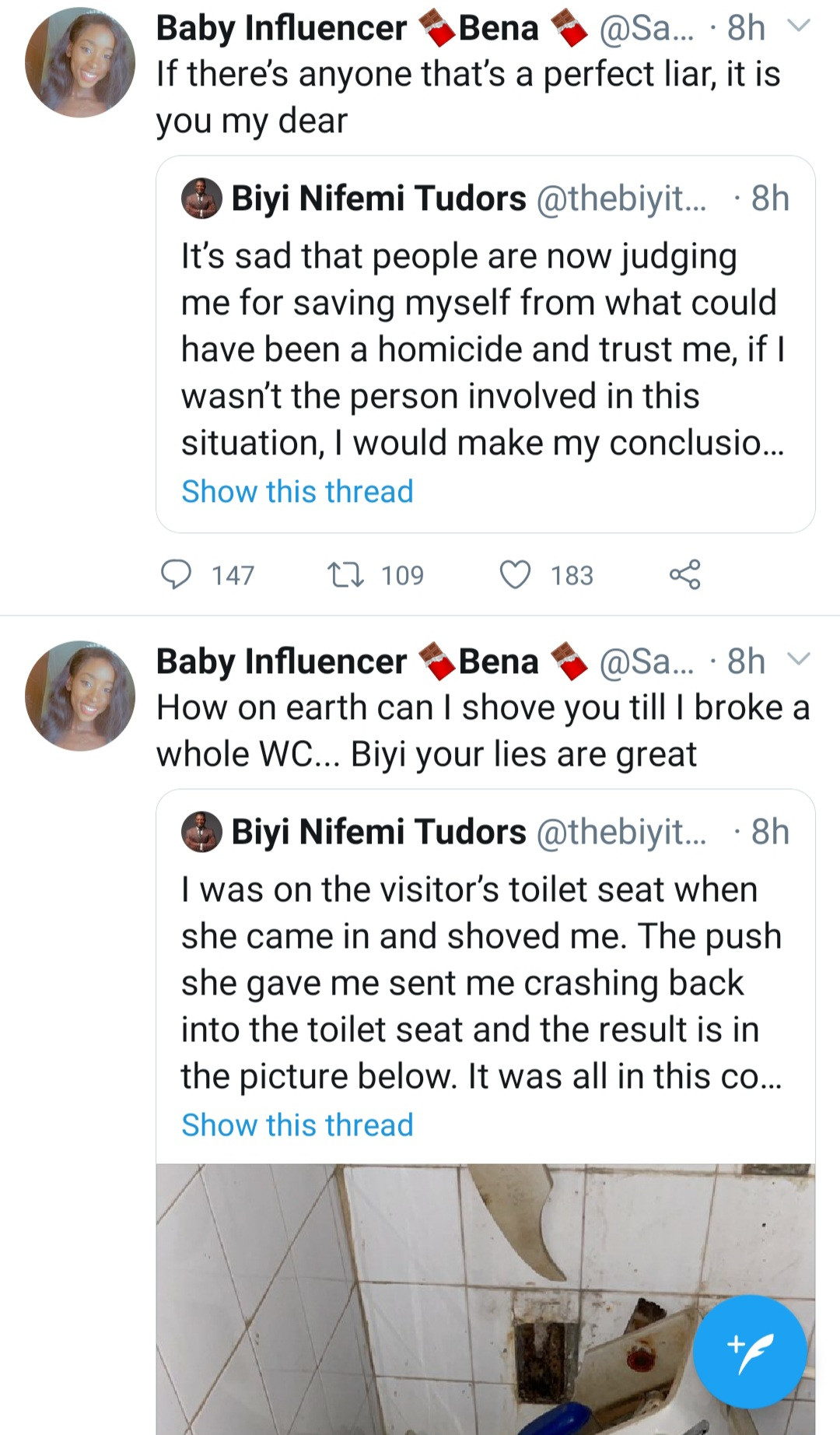