Trump says he has not read the Mueller report, but has ‘every right to do so’ 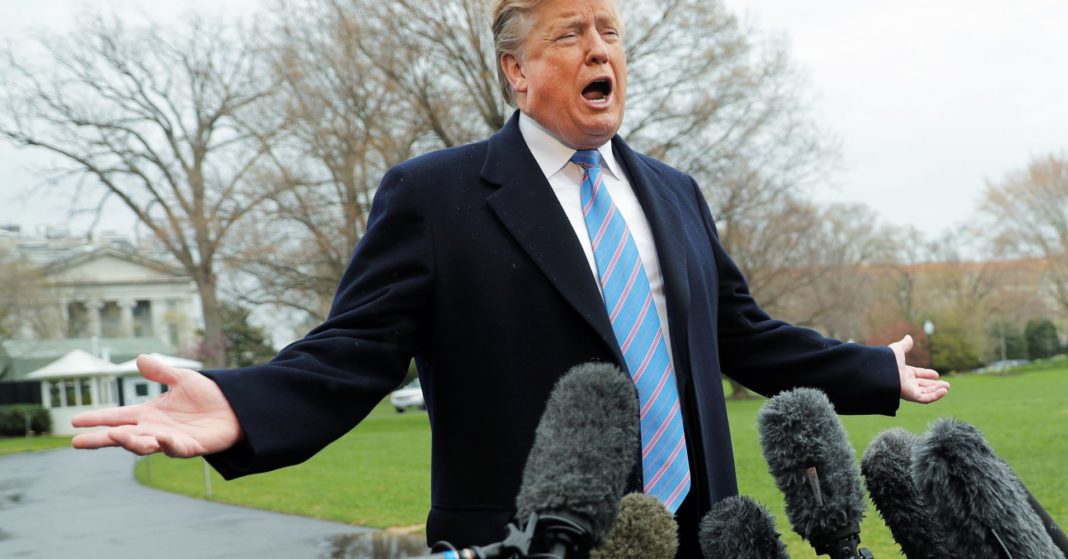 President Donald Trump declared on Saturday that he has “every right” to read the extensive report submitted by special counsel Robert Mueller last month.

Mueller delivered the conclusions of the investigation, which looked into Russia’s election interference and possible collusion with Trump’s 2016 presidential campaign, to Attorney General William Barr on March 22.

“I have not read the Mueller Report yet, even though I have every right to do so,” Trump said in a tweet.

@realDonaldTrump: I have not read the Mueller Report yet, even though I have every right to do so. Only know the conclusions, and on the big one, No Collusion. Likewise, recommendations made to our great A.G. who found No Obstruction. 13 Angry Trump hating Dems (later brought to 18) given two…..

He added that he knows only “the conclusions, and on the big one, No Collusion.”

The report is nearly 400 pages long, Barr said in a letter to Congress on March 29. Barr also said he expects Congress to receive a redacted version of Mueller’s report by mid-April, “if not sooner.”

Additionally, Barr said that “there are no plans to submit the report to the White House for a privilege review.” Even though the attorney general said Trump has the right to assert privilege “over certain parts of the report,” Barr believes Trump “intends to defer to me” when it comes to the contents of the report.

Barr sent a four-page summary of Mueller’s findings to Congress on March 24. In the summary, Barr said that Mueller did not establish a conspiracy between the Trump campaign and Russia and he did not reach a conclusion on whether the president obstructed justice.

Some members of Mueller’s team were reportedly dissatisfied with Barr’s summary letter, however. The officials did not give specifics but told The New York Times that Barr did not include enough detail in his summary.