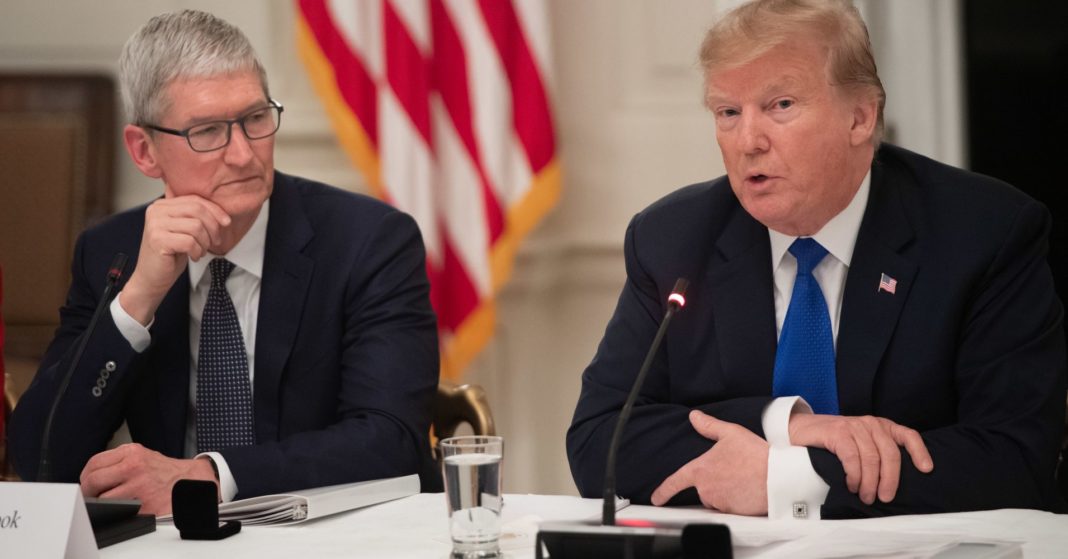 President Donald Trump was not amused with the jokes about his slip up when he called Apple’s CEO Tim Cook “Tim Apple.”

“I quickly referred to Tim + Apple as Tim/Apple as an easy way to save time & words,” Trump wrote in a tweet Monday defending the phrase. “The Fake News was disparagingly all over this, & it became yet another bad Trump story!”

The original statement came at a White House meeting Wednesday of the American Workforce Policy Advisory Board, of which Cook is a member. Following Trump’s remarks, people immediately joked about Cook’s new name on Twitter. Cook himself got in on the joke, changing his last name on Twitter to an Apple logo emoji.

Trump’s tweet about the “Tim Apple” incident walks back a statement he reportedly made to Republican donors on Friday. Axios reported that Trump claimed to have said “Tim Cook Apple” extra quickly, and that the “fake news” only reported that he said “Tim Apple.”

“I just thought, why would you lie about that,” one of the donors in attendance told Axios. “It doesn’t even matter!”

You can see Trump’s “Tim Apple” moment in the video below.