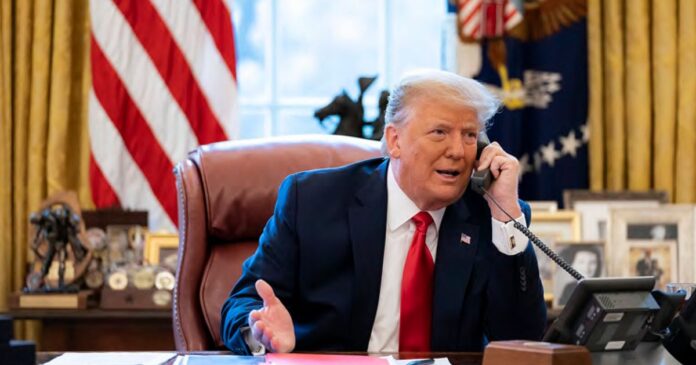 Former President Donald Trump kicked off 2023 by reflecting on the 2022 midterm elections, arguing he wasn’t to blame for the GOP’s weaker-than-expected showing.

“It wasn’t my fault that the Republicans didn’t live up to expectations in the MidTerms,” Trump posted to his social media site Truth Social.

Despite many Republicans’ wishes, Trump kept a high profile ahead of the midterms, holding several rallies, endorsing some hard-right candidates, and dropping hints about his own political future.

Trump formally announced his 2024 presidential run just one week after Election Day. During his announcement speech, he said “the Republican Party should have done better” in the midterms, arguing his party expected too much of the midterm results.

Several in the Republican Party openly blamed Trump for the GOP’s disappointing showing, including former House Speaker Paul Ryan (R-Wis.), who called the former president a “drag on our ticket.” Sen. Mitt Romney (R-Utah) said a Trump endorsement is like “the kiss of death.

But on Sunday, Trump argued it was Republicans’ handling of “the ‘abortion issue’” that hindered their midterm chances. In his Truth Social Post, Trump argued those who pushed to ban abortion for decades had “just plain disappeared, not to be seen again.”

His campaign has been relatively quiet since his Nov. 15 announcement, and Trump himself has been embroiled in several scandals, including hosting a prominent white nationalist for dinner and a plethora of legal issues.