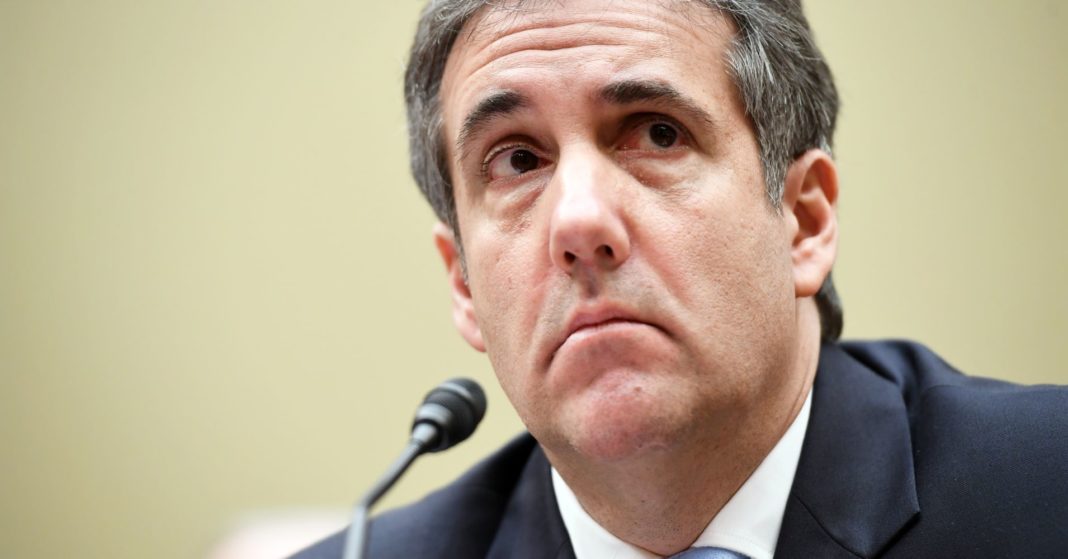 President Donald Trump’s former personal lawyer and fixer Michael Cohen is seeking to delay his surrender to prison — and get a reduced sentence — by citing his recent ability to access a computer hard drive containing more than 14 million files, some of which could help congressional committees investigating Trump.

A memo that Cohen’s attorneys sent with a letter Thursday to top Democrats in Congress details what Cohen has told special counsel Robert Mueller’s team and the House Intelligence Committee about circumstantial evidence that the attorneys say suggests Trump was involved in or knew about a criminal conspiracy to collude with Russia to win the 2016 presidential election.

Cohen’s attorneys asked lawmakers to write federal prosecutors in New York a letter detailing that he has “substantially cooperated with Congress,” and support his effort to win a lighter criminal sentence. They also want him to be given extra time to cooperate “fully with prosecutors and Congress” before he has to enter prison.

The letter comes a month before Cohen is scheduled to begin serving a three-year prison term, and two weeks after Mueller’s report found there was no evidence Trump’s campaign colluded with Russia to interfere with the election.

Cohen, 52, pleaded guilty last year to making false statements to Congress about a plan to build a Trump Tower in Moscow, to financial crimes, and to campaign finance law violations.

Cohen last month testified before several congressional committees about his work for Trump, and about evidence of possible crimes by the president. Trump has denied having sex with Daniels and McDougal, and also has denied any criminal wrongdoing.

In their letter, Cohen’s lawyers also said, “Mr. Cohen was only recently able to access a hard drive with important documents. Said drive contains over 14 million files, which consist of all e-mails, voice recordings, images, and attachments from Mr. Cohen’s computers and phones.”

“To date, Mr. Cohen has located several documents that we believe have significant value to the various congressional oversight and investigation committees,” the attorneys wrote. “Working alone, Mr. Cohen has only had the time to go through less than 1 percent of the drive, or approximately 3,500 files.”

The letter said “it will take time, effort and ready accessibility to members of Congress and their staffs to assist in providing the relevant documents.”

The letter did not say whether the more than 14 million files that it mentioned have already been in the possession of federal prosecutors, Congress or other investigatory entities.

Trump told reporters Friday, when asked about the documents Cohen’s lawyers mentioned in their letter, that they were nothing new.

“They’ve already got it,” Trump said. “He lied numerous times during his last testimony. They had that for many months.”

The letter from Cohen’s lawyers also argues that he has received a “disproportionate” sentence, and that “there is something unjust” in the fact that “Mr. Cohen remains the only member of the Trump Organization, including Mr. Trump himself, who has been prosecuted, and who is going to prison for conduct almost all of which was for the benefit of Mr. Trump personally and indeed directed by him.”