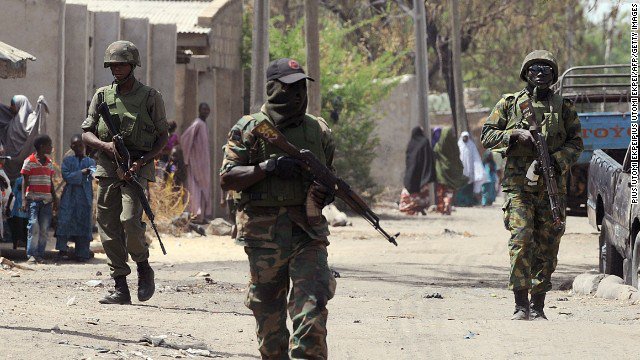 The army, in its official Twitter page, said that a suspected suicide bomber and her accomplice were arrested on Wednesday night while attempting to infiltrate the 222 Battalion defensive locations.

It said that the Improvised Explosive Devices (IEDs) vest strapped to her body was diffused; adding that investigation is still in progress.

“At about 9.30 p.m. today Dec. 19, 2018; a suspected female suicide bomber and her accomplice were intercepted at Mushimari settlement in Konduga local government area of Borno while attempting to infiltrate the 222 Battalion defensive locations.

“They were apprehended by the troops and the IEDs vest strapped to the suspected suicide bomber was successfully immobilised, preliminary investigation is ongoing,” the tweets read.