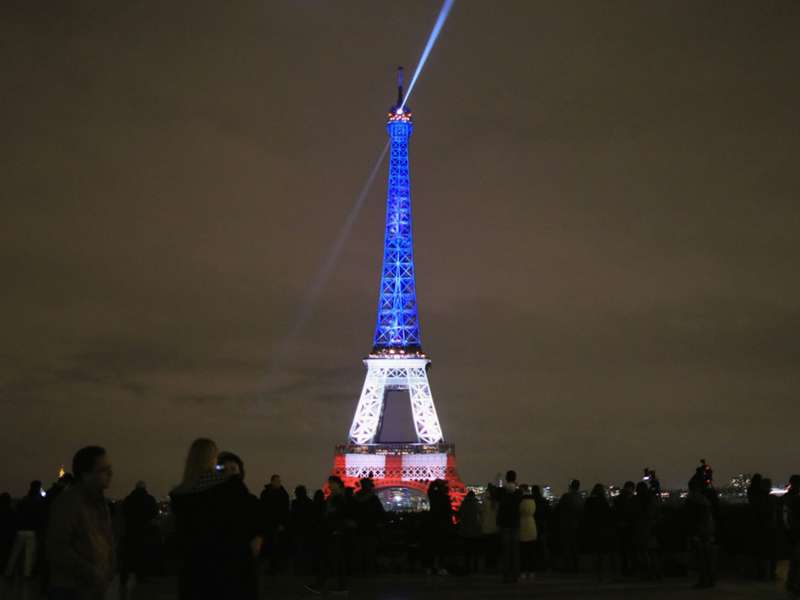 The trial of 20 men accused in a series of coordinated attacks on Paris in 2015 that spread fear across Europe and transformed France began Wednesday in a custom-built complex embedded within a 13th-century courthouse, with a heavy security presence. 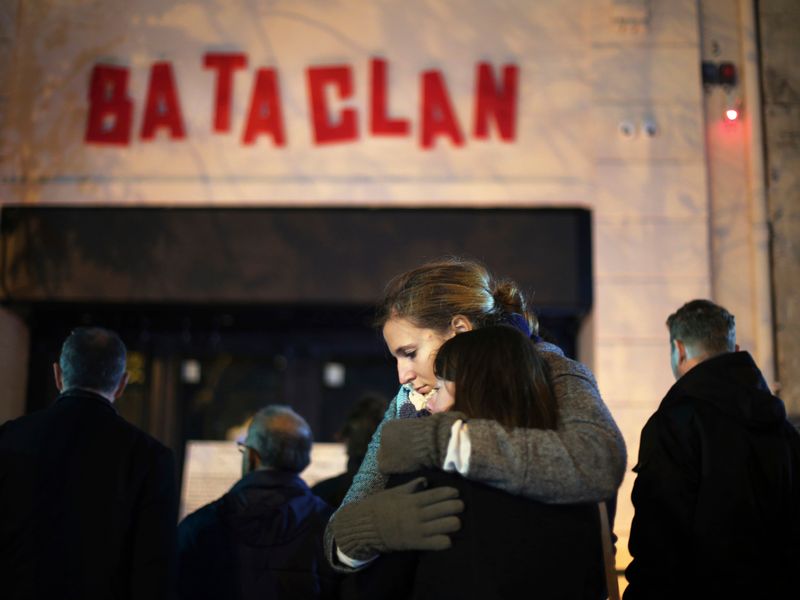 Survivors of the attacks and mourners of the dead packed the courtrooms, which were designed to hold 1,800 plaintiffs and more than 300 lawyers.

Also Read: These Muslims left the U.S. after 9/11. They explain why they made Canada their new home

On November 13, 2015, nine Islamic State group gunmen and suicide bombers struck within minutes of each other in several locations throughout Paris, killing 130 people and injuring hundreds more. The worst carnage occurred at the Bataclan concert hall, where three men wielding assault rifles slaughtered scores of people and kidnapped a handful of hostages. 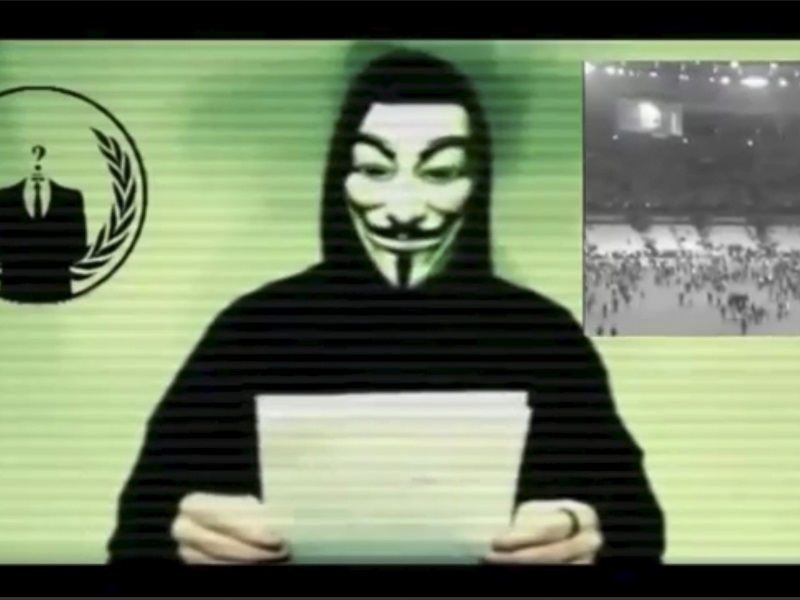 The presiding judge, Jean-Louis Peries, acknowledged the extraordinary nature of the attacks, which altered both European security and France’s political landscape, as well as the impending trial. France only exited the state of emergency declared in the aftermath of the attacks in 2017, after enacting many of the harshest measures.

“The events we are about to decide are inscribed in their historic ferocity as among the most important international and national events of this century,” he said.

A lone survivor of an extremist cell faces a murder charge.

Salah Abdeslam, the lone survivor of that night’s extremist cell, is the main defendant. On Wednesday, Abdeslam was dressed in a black short-sleeved shirt and black trousers. 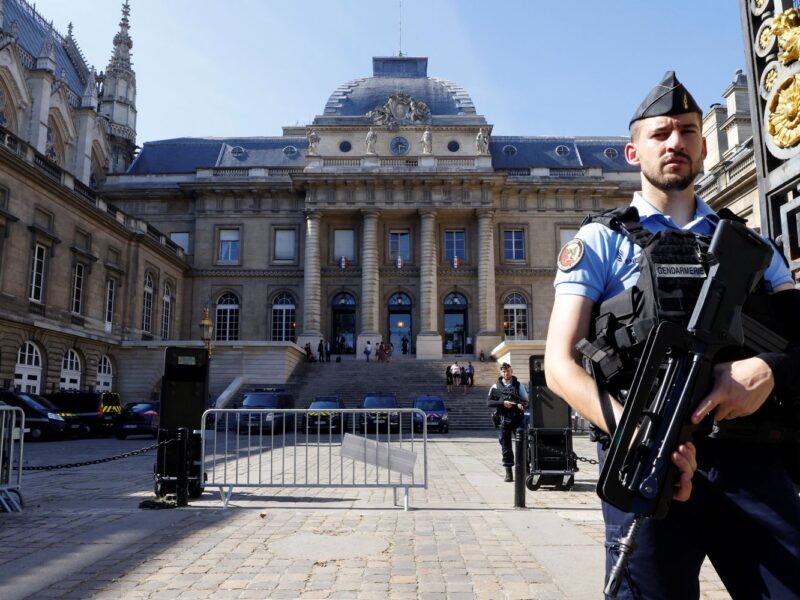 Twenty men have been charged. The only defendant charged with murder is Abdeslam, with the other defendants present facing lesser terrorism charges.

Six people are being charged in their absence; some are no longer presumed to be alive by intelligence officials, but have never been officially declared dead.

Abdeslam, whose brother Brahim was one of the suicide bombers, appeared intent on inciting those gathered to see justice done on Wednesday. He declared his profession as “fighter for Islamic State” while dressed entirely in black, and later burst out with complaints about his treatment in prison.

Abdeslam has refused to speak with investigators after abandoning his rental car in northern Paris and discarding a malfunctioning suicide vest that night in 2015 before fleeing to Brussels.

On the fifth anniversary of the Bataclan and Paris attacks, France pays tribute to the victims.

Salah Abdeslam, a suspect in the 2015 Paris attacks, was found guilty in a trial in Belgium.

However, he is the only person who knows the answers to many of the unanswered questions about the attack and the people who planned it, both in Europe and elsewhere.

A lengthy trial is expected.

The trial is set to run for nine months. September will be devoted to laying out the police and forensic evidence. The month of October will be dedicated to the testimony of victims. From November to December, officials including former French President François Hollande, as well as relatives of the attackers, will testify.

Dominique Kielemoes, whose son died that night in one of the cafes, said the month dedicated to victims’ testimonies at the trial will be critical to both their own healing and the healing of the nation.

“The assassins, these terrorists, thought they were shooting into a crowd, a crowd of people. But it wasn’t a mass — these were people with lives, who loved, who had hopes and expectations, and about whom we need to speak at the trial. It is critical “She stated.

The modern courtroom was built within Paris’ storied 13th-century Palais de Justice, where Marie Antoinette and Emile Zola, among others, were tried.

For the first time, victims will have access to a secure audio link that will allow them to listen from home with a 30-minute delay.

The attacks changed France, which declared a state of emergency that night in 2015 and now has armed officers patrolling public spaces at all times. It also altered the lives of those who lost loved ones or witnessed the violence.

“Our ability to be carefree has vanished,” Kielemoes explained. “The desire to go out and travel has vanished. Even though we continue to do a variety of things, our zest for life has waned.”

It has even changed the way Jean-Luc Wertenschlag, who lives above the cafe where Kielemoes’ son died and rushed downstairs soon after the first gunshots to try to save lives, moves around the city where he was born and raised.

He never leaves the house without the first-aid supplies he lacked that night, when he ripped his shirt off to stop a victim’s bleeding.

“What we did that evening with other people, to help the people injured in the attack, was a way to stand up to what these monsters had tried to do to us,” he explained.

On Wednesday, Hollande stated that he would speak “not for the sake of French politics, but for the victims of the attacks.” He said he felt the weight of responsibility that night, as well as in the days and weeks that followed.

“When the cameras go off, you return to the solitude of the Élysée [presidential palace],” Hollande told France-Info. “What can I do, you ask?… Is what just happened going to have an impact on society?”

Also Read: How Manitoba’s 2021 election races are shaping up

The court proceedings will not be televised or rebroadcast to the general public, but they will be recorded for archival purposes.

In France, video recording has only been permitted in a few cases deemed historically significant, including last year’s trial for the 2015 attacks on the Charlie Hebdo newspaper in Paris and a kosher supermarket.