How Manitoba’s 2021 election races are shaping up 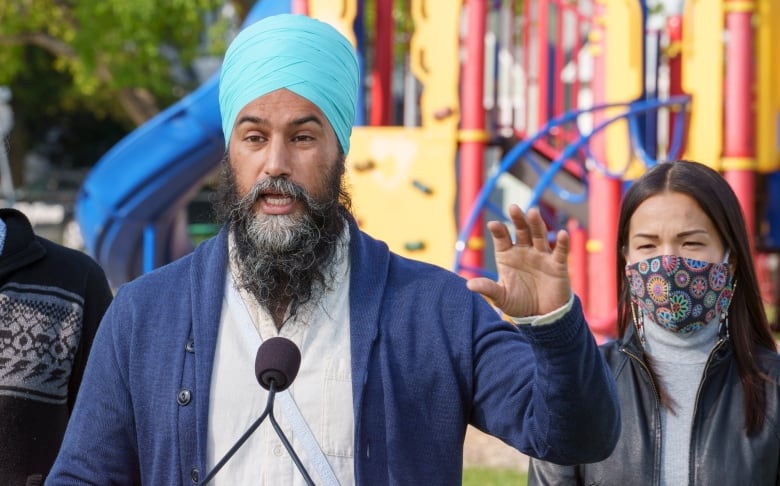 At the start of the first and hopefully final federal election during the COVID-19 pandemic, Manitoba looked like the most boring province in Canada.

In August, when another Liberal minority government appeared probable, there was a very real prospect none of Manitoba’s 14 seats would change hands on Sept. 20.

A three-week slide in Liberal popularity has placed Canada in a toss-up situation, as recent polls suggest the Conservatives and Liberals have fairly equal odds of leading a minority government — and both have slim odds of forming a majority.

The drop in Liberal support and parallel Conservative rise do not entirely change the election prospects for Manitoba. But these changes do make races more competitive in at least four of Manitoba’s 14 ridings — seven of which were held by Conservatives, four by Liberals and three by the NDP when the election was called.

Here’s how the races break down right now.

Most likely to change hands

Since it assumed its modern form in 1988, Winnipeg South has had a perfect record as a bellwether riding, alternating between the Liberals and Conservatives. In 10 consecutive elections, the party that won this seat also formed the government in Ottawa.

That record alone makes it a toss-up on election day, especially with the two parties so close in the polls.

Winnipeg South is a dogfight between two-term Liberal incumbent Terry Duguid and Conservative challenger Melanie Maher, who came within 1,645 votes of defeating Duguid in a second-place finish in 2019.

If the margin is close, NDP candidate Aiden Kahanovitch or Byron Gryba of the People’s Party could play the role of spoiler on either side.

For the past two decades, anyone who bet against Liberal Kevin Lamoureux in a provincial or federal election has wound up a little lighter in the wallet.

Lamoureux has won six consecutive races at the provincial and federal levels since 2003, including races when his party was not faring well overall.

The New Democrats believe Lamoureux can be defeated. Leader Jagmeet Singh chose to make his only policy announcement in Manitoba in Winnipeg North, with NDP candidate Melissa Chung-Mowat at his side.

The contrast between the two combatants is striking: a middle-aged white male versus a young woman of colour. Diminishing overall support for the Liberals suggests there is a window for the NDP.

Since 1988, the NDP has won Winnipeg’s easternmost seat in every election except for 2011, when Conservative Lawrence Toet captured the riding.

The New Democrats regard this seat as a stronghold, but the demographics of the riding have changed following the construction of new and relatively affluent housing developments.

While Elmwood-Transcona is still NDP incumbent Daniel Blaikie’s seat to lose, the Conservatives have placed volunteer boots on the ground to support a challenge by Rejeanne Caron, who finished second in Saint Boniface-Saint Vital in 2019. In this riding, the Liberals play spoiler.

This year, the Liberals have high hopes of reclaiming it on the strength of candidate Shirley Robinson, who has been endorsed by the Assembly of Manitoba Chiefs and Manitoba Keewatinowi Okimakanak.

Indigeneity matters in this riding, where most voters are Indigenous.

But it is more difficult to pull votes in isolated Indigenous communities than it is in Thompson and Flin Flon, where Ashton is believed to have the support of unionized workers.

Conservative Charlotte Larocque is also a factor in this riding, as her party finished second here in 2019. That means the Liberals would have to vault two places to steal this seat from the NDP.

Early in the campaign, the Liberals placed a lot of resources behind former MP Doug Eyolfson’s effort to reclaim this seat from Conservative Marty Morantz, who knocked off Eyolfson by 2,417 votes in 2019.

In August, Liberal Leader Justin Trudeau made his only Manitoba appearance in Winnipeg’s westernmost riding. But that occurred when the Liberals still had high hopes of expanding their seat count and winning a majority.

That appears less likely now, along with the prospects of stealing this Conservative seat.

Liberal Dan Vandal has won this southeast Winnipeg seat twice, albeit by diminishing margins. Vandal defeated his Conservative rival by more than 14,000 votes in 2015 but just under 5,000 votes in 2019.

A closer race between the two parties this year could bring about an even closer shave for Vandal against Conservative Shola Agboola. As in Winnipeg South, the NDP and People’s Party are in position to play spoiler.

Also worth watching in this riding is whether the Rhino Party-led effort to sign up 15 independent candidates will result in any of the 21 people on the ballot receiving zero votes.

This is the third consecutive battle between Liberal Jim Carr and Conservative Joyce Bateman, with Carr winning the 2015 and 2019 contests by nearly 17,000 and 8,000 votes respectively.

With the two parties running neck and neck, history favours a third Carr victory. The Conservatives have only won this seat once since 1988 — in 2011, when Bateman edged out Liberal Anita Neville by 722 votes.

The NDP’s Leah Gazan claimed this seat in 2019 in a race against high-profile Liberal Robert-Falcon Ouellette. She beat Ouellette by 2,369 votes then. She now enjoys the power of incumbency and could improve the plurality against Liberal challenger Paul Ong.

Conservative Candice Bergen, a four-term incumbent who could be deputy prime minister in an Erin O’Toole government, captured seven out of every 10 votes in her south-central Manitoba riding in 2019.

In her first race in this riding on Winnipeg’s northern edge, Conservative Raquel Dancho beat her closest rival by more than 7,000 votes in 2019.

Dan Mazier won his first race in this western Manitoba riding with a 20,000-vote plurality in 2019.

Conservative candidate Larry Maguire is a three-term incumbent who captured 64 per cent of the vote in his southwestern Manitoba riding in 2019.

Conservative James Bezan has won six straight elections in the central Manitoba riding, dating back to 2004.