These Muslims left the U.S. after 9/11. They explain why they made Canada their new home 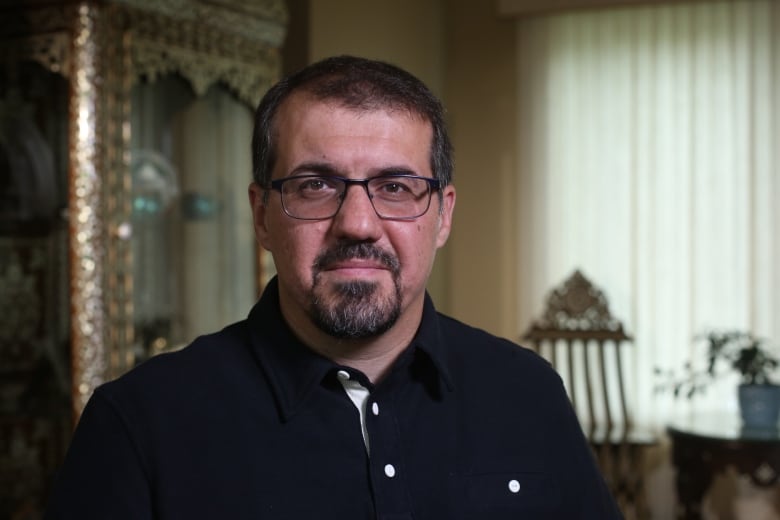 It’s been 20 years since the world watched in horror as the Sept. 11 attacks unfolded.

What followed in the weeks and months after 9/11 changed the world. And for Muslims in the West, a new reality of Islamophobia set in.

The Muslim community in the U.S. felt a growing fear of being targeted or attacked as a repercussion of 9/11. On that day in 2001, a group of militants affiliated with the Islamist extremist group Al-Qaeda highjacked four planes, flying two of them into the World Trade Center in New York, one into the Pentagon in Washington, D.C., and crashing the fourth into a field in Pennsylvania. About 3,000 people died in the attacks.

CBC News met with three Muslims now living in Canada who, because of rising Islamophobia after 9/11, decided to leave the U.S.

Each had their own reasons for leaving, but common among them was a need to live in a place where they felt they could freely embrace their Muslim identity.

Two decades later, they reflect on whether Canada remains for them the haven it once was, given the rise in Islamophobic events of the past few years.

Idris Elbakri had been living in the U.S. for more than a decade when the Sept. 11 attacks happened.

“I think everybody realized 9/11 changed everything. But right then, we didn’t know how exactly it was going to change everything,” he said.

Elbakri was born and raised in Jerusalem. A gifted student, his family sent him to the U.S. for university. He studied engineering, eventually earning a PhD.

“I lived in the U.S. for about 12 years in four states. But I spent most of my time, the bulk of my time, in Michigan, where I did my PhD.”

Before 9/11, he was contemplating a life for himself and his family in the U.S. “I was just enjoying going to school. I was doing well as a student. The U.S. offered many opportunities. And I was definitely leaning towards the option of staying in the U.S.”

After 9/11, as an Arab Muslim international student, he was regularly questioned by officers from the U.S. Immigration and Naturalization Service. “You had to go through a special registration process and an interview and uncomfortable questions were asked.”

Even so, moving to Canada was not something he would have considered had it not been for his wife, Bayan.

“My wife wears the scarf and I started to feel that things were uncomfortable, especially for her and for me as well when I was with her.”

Looking back, Elbakri is grateful for the decision to move to Canada.

“After I moved to Canada, I think things became more relaxed for us.”

An active and prominent member within the Muslim community in Winnipeg, Elbakri is chair of the Manitoba Islamic Association.

Elbakri believes Islamophobia in Canada is a serious concern and said the growing incidents of targeted hate against the Muslim community threaten the Canadian ethos.

“I think all Canadians who value the diversity that we have, who value multiculturalism in Canada, need to to step up as well and speak clearly and act clearly against Islamophobia.”

WATCH | A father shares his hopes for his children’s future:

A father’s hope for his children’s future

Idris Elbakri shares his hopes for his four children growing up as Canadian Muslims. 1:29

The daughter of Lebanese immigrants, Nabeela Ixtabalan now lives in Edmonton but grew up in the suburbs of Houston in the 1980s and early ’90s.

“We were the only Muslim family in our school. There wasn’t really anyone else who shared my faith or who looked like me growing up,” she said. “I think it can be a little bit isolating when you’re the only person that looks like you or has the same faith.”

Although she grew up without the presence and support of a Muslim community, Ixtabalan never felt threatened because of her Muslim faith. For her, “it wasn’t until after 9/11 where I really started to really question my safety as a Muslim in America.”

What finally convinced her to leave the U.S. was something that took place while she was living in Philadelphia.

“A severed pig’s head was thrown over one of the local Islamic schools. And pig’s blood was also thrown over the playground.”

Nabeela Ixtabalan on the impact the events of 9/11 have had and continue to have on her identity. 1:41

She left the U.S. to live and work in Sweden for a few years before making her way to Canada.

“I always saw Canada through rose-coloured glasses in terms of multiculturalism and inclusivity.”

Ixtabalan describes her experience so far in Canada as “exceptional,” but she’s paying close attention to the rise of Muslim hate and Islamophobia that’s happening around the country.

“The murder of a family in London, Ont., the recent attacks of Muslim women in Edmonton and Alberta, has absolutely given me pause and a sense of déjà vu.”

She’s worried the Islamophobia being seen in Canada right now is reminiscent of what happened with Muslims in the U.S. after 9/11.

“I sensed this rise in the States after 9/11 and it happened in different waves and times over the last 20 years. And it almost feels like a very similar wave of instances and situations happening in Canada as well.”

Hussein Malik was 16 years old when he, along with his family, immigrated to Canada from the U.S. just a few months after 9/11.

He hadn’t been in the U.S. long before the move. Malik had been born in Sudan to a prominent political family, but his father, fearing the military dictatorship rule at the time, had moved them to the U.S. in early 2000.

“It was a bit confusing coming from East Africa and going straight to the U.S. As a teenager, you wanted to fit in,” Malik said. “I was very happy in the beginning.”

Malik had been in the U.S. for two years when 9/11 happened. Overnight, everything changed.

Where they once felt welcomed, Malik said his family, who was living in a Los Angeles suburb, became regular targets of hate attacks after Sept. 11.

One memory in particular still remains vivid in his mind.

“The thing that I can’t forget until today is the first Eid after 9/11 and a group of young men drove by us when we’re walking to the mosque and they said ‘terrorists’ and swear words. That’s when it really hit me that it’s not safe here anymore.”

WATCH | Reflecting on what it means to be a Muslim in Canada:

Reflecting on his identity

Hussein Malik on what being Canadian Muslim means to him. 1:02

Increasingly worried for his family’s safety, Malik’s father decided to move to Canada.

For Malik, having to live through the backlash against Muslims in the U.S. after 9/11 has left a deep and lasting impact.

“I still couldn’t comprehend why this was something that reflected on my identity as a Muslim.”

Malik, now 36, believes it is his past experiences that led him to a career in refugee settlement. He works with Syrian refugees in the Greater Toronto Area.

“A lot of my work is with newcomers mainly in the Muslim community.”

He’s also on the board of the Black Muslim Initiative, a Toronto grassroots organization that adresses the issues of racism and Islamaphobia.

Malik believes the only way to fight prejudice of any kind is through having meaningful policies to protect and safeguard the rights of all communities.

“My hope is when my children grow up, they don’t have to experience Islamophobia on a personal level or in a community level and no one has to ever again face being afraid because of the religion they believe in.”