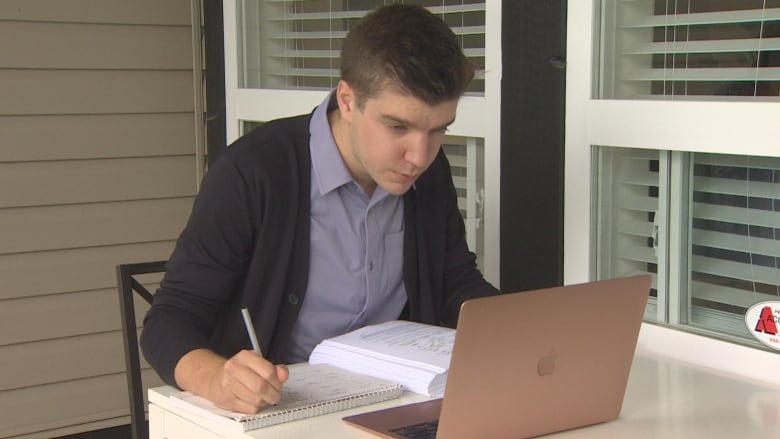 The virtual clinical exams to certify physiotherapy graduates in Canada experienced difficulties again this week, leaving many applicants unable to finish the test.

It’s the latest chapter in what has been an 18-month saga of the failure of the Canada Alliance of Physiotherapy Regulators [CAPR] to offer the clinical exam, creating a backlog of thousands of unlicensed graduates.

After multiple cancellations and system failures, many in the industry — including graduates and professionals — say they have lost faith in CAPR’s ability to offer the exam. They also question the validity of the exam altogether.

“It is one job to administer this type of exam. And they are struggling and they have struggled time and time again,” said interim physiotherapist Eric Bennett of Langley, B.C., who is supposed to take the exam at the end of September after multiple cancellations.

Then, in March 2021, the online physiotherapy exam platform crashed while students were in the midst of taking the test, leading to cancellations. The following month, CAPR cancelled all of its 2021 clinical exams but has recently reinstated them.

On Wednesday, CAPR held its first round of exams on a new virtual platform. There were 24 students registered. Again, it was plagued by issues.

“Today we relaunched the virtual clinical exam. Some candidates have already completed the exam, but unfortunately, we did experience a series of small issues with other candidates,” the assessment agency wrote on Facebook.

It says only 50 per cent of the candidates completed the exam.

CAPR’s failure to offer the exam during the pandemic has led to a backlog of more than 2,000 prospective physiotherapists in Canada. (Quebec has its own licensing board that doesn’t require a clinical exam.)

The Canadian Physiotherapy Association says it’s put a strain on an industry that is already short-staffed.

“We need them to be working, fully licensed,” said Amanda de Chastelain, the association’s president.

Physiotherapy graduates who are unlicensed in Canada can work on interim licences, but there are limitations. Interim physios often earn less, aren’t able to specialize and must work under a supervisor.

Many feel their careers have been left in limbo.

Throughout the past year, CAPR has declined every request by CBC News for an interview, but in response to an email, Toronto-based CEO Katya Masnyk acknowledged “that this has been a challenging year.”

However, she disagreed that CAPR’s inability to offer the exam has put graduates’ careers on hold.

“The ability to practise professionally [on an interim licence] and continue to learn and develop while waiting to take the final licensing exam is still a rewarding career,” Masnyk said.

Masnyk wrote that she has had many conversations with candidates, and her impression is they do not feel CAPR has handled the situation unprofessionally.

“My sense is that those who are complaining about CAPR are candidates who simply do not want to take a clinical assessment at all and would prefer for regulators to not require it,” she said.

But interim physiotherapist Bennett called it an unfair characterization.

“If I were to be told tomorrow I could write the exam but be guaranteed that it’s going to run and it’s going to run smoothly, I would absolutely do it so that my mental health would be a lot better than it is right now waiting to write this exam,” he said.

Future of the exam

Over the past year-and-a-half, there has been a growing debate about the validity of Canada’s clinical licensing exam for physiotherapists.

In August, researchers from Western University in London, Ont., published an analysis that found little evidence to show the exams reliably assess candidates.

“We concluded that an immediate post-professional OSCE as a requirement for licensure of Canadian program graduates is unnecessary,” the research paper’s authors wrote in their conclusion, referring to an objective structured clinical examination.

The paper also compared Canada with 17 other countries that have well-developed regulation systems for physiotherapists and found that Canada is the only country to require them to pass a clinical licensing exam after obtaining their university degrees.

Masnyk said that CAPR conducts an independent, external review of the exam and its delivery about once every five years and implements any recommended changes.

“There is considerable evidence of the exam’s validity. People who are arbitrarily saying there isn’t are again the people who would like to see the exam dropped,” she said.

There are also members of the professional community calling for the exam’s termination.

Bahram Jam, a Toronto physiotherapist for 29 years, said he received letters of complaint from three physiotherapy colleges in Canada after publicly questioning the efficacy of the clinical exam.

“This exam is not protecting the public. It’s putting undue stress on the physiotherapy students and the profession, and it is an unjustified cost to them,” Jam said.

He has collected hundreds of signatures from professionals in the industry asking the provincial government to stop requiring the exam. However, it’s a long and difficult process, as the exams are currently legislated.