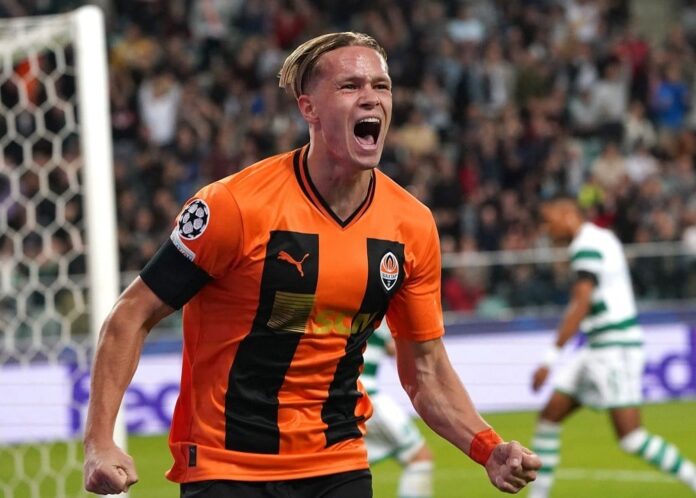 The 21-year-old is believed to be very keen on joining the Gunners in the January window.

Gunners boss, Mikel Arteta, wants to add to his attacking options ahead of the second half of the campaign.

Arsenal sit top of the Premier League but are stretched in those attacking areas following a serious injury to Gabriel Jesus at the World Cup.

Arteta is set to act fast by adding to his squad, with Mudryk his priority target.

And it does appear a deal is close for the player.

Mudryk has agreed personal terms with Arsenal as the two clubs remain in negotiations.

Last week, it was reported that Shakhtar turned down an initial £ 55 million offer and are holding out for a much larger fee.