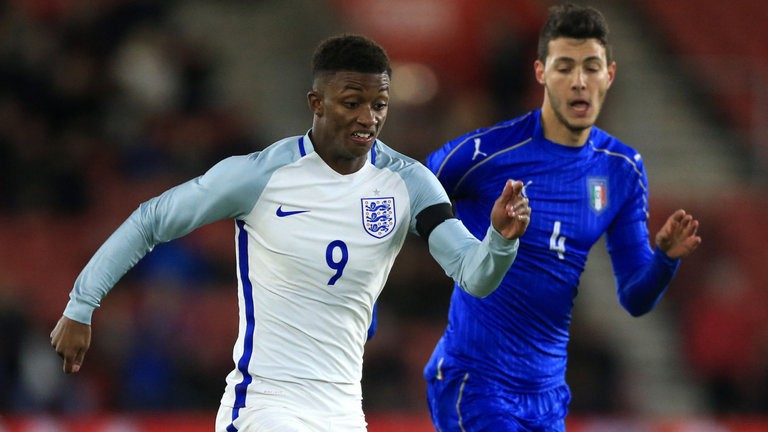 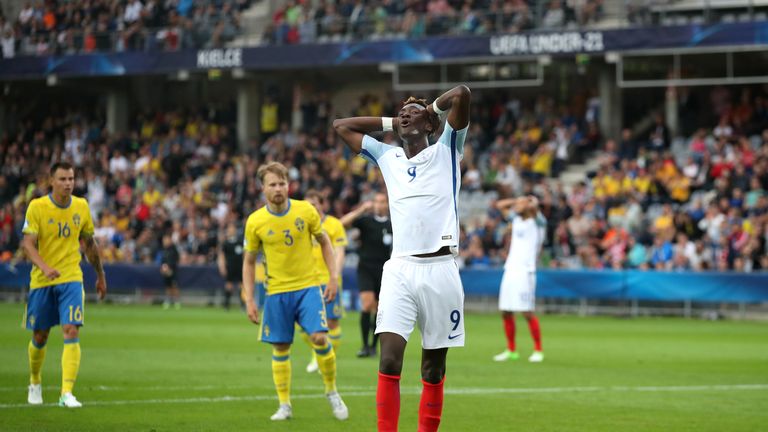 England opened their European U21 Championship campaign with a goalless draw against Sweden in Group A. It was a reminder of the size of the task facing Aidy Boothroyd’s side in Poland, writes Nick Wright.

England came into the European U21 Championship with a real sense of optimism after the U20s’ historic World Cup triumph in South Korea. “When you see one team doing it, it makes it easier,” said Aidy Boothroyd on the eve of the tournament. “Winning the first trophy is the hardest.”

On the evidence of Friday’s curtain-raising goalless draw with Sweden, however, winning the second one in Poland could be an even taller order. Indeed, if it wasn’t for Jordan Pickford’s late penalty save from Linus Wahlqvist, Boothroyd’s side would have started the tournament with a defeat.

Even with the draw, though, England are still likely to need victories over Slovakia and hosts Poland in order to progress from Group A and reach the last four. And while Boothroyd insisted he was “reasonably happy” with the result, the underwhelming display leaves him with plenty to ponder.

His biggest concern will surely lie in England’s lack of quality and imagination in the final third. They started promisingly enough, but by the end of the game they had only mustered a single shot on target – and even that came from a James Ward-Prowse free kick. There was precious little creativity from open play.

Tammy Abraham screwed two half-chances over the bar in the first half, but for the most part the highly-rated Chelsea striker cut an isolated figure. The lack of support from midfield was an issue throughout the game, and when the likes of Jacob Murphy, Mason Holgate and Ben Chilwell did get into crossing positions, their delivery frequently let them down.

Abraham scored 23 goals during his impressive breakout campaign at Bristol City last season, but such poor service is a problem. “I felt sorry for him today,” said former U21s boss Stuart Pearce in the Sky Sports studio. “He was isolated too many times and the crosses into the box were a little bit disappointing. We didn’t create clear-cut chances for Tammy.”

As England laboured, it was curious that Boothroyd only used one of his substitutes, throwing on Leicester’s Demarai Gray for Murphy in the 70th minute. The line-up may require tweaking against Slovakia, but his reluctance to use his bench against Sweden points to a lack of options in reserve.

Alan Smith rates each England player out of 10 against Sweden.

Indeed, the likes of Gray, Will Hughes, Jack Grealish and Cauley Woodrow only have a handful of Premier League starts between them. Boothroyd has had to make do without Marcus Rashford, who was picked for the seniors’ recent games, and the lack of star quality at his disposal becomes even clearer when you compare England’s squad to some of their rivals’.

Boothroyd must find strength from England’s collective instead, but the 0-0 draw in Kielce leaves them facing a fight to even make it out of their group. “We’ll see at the end of the group how much of a headache this result is,” said co-commentator Alan Smith, “but the Slovakia game on Monday now becomes vital and with Poland being the host nation, you would expect them to be strong too.”

England can take heart from a largely solid defensive performance and Pickford’s heroics in goal, but the early indications suggest repeating the success of the U20s will be anything but straightforward. “We know we can play better,” Boothroyd told Sky Sports. They will need to show it against Slovakia on Monday night.