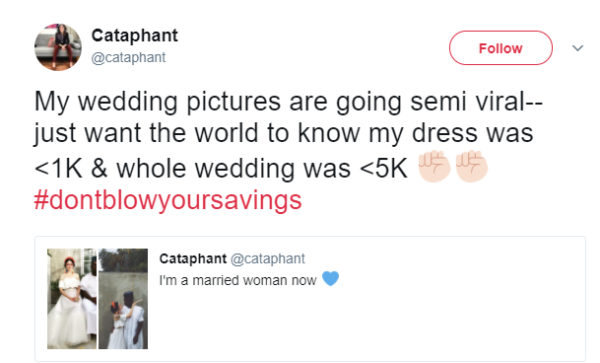 This South American bride and her Nigerian beau’s wedding photos are going viral.

“. When she found out the Tweet was going viral, she shared another message, quoting the tweet and said: “My wedding pictures are going semi viral– just want the world to know my dress was <1K & whole wedding was <5K

She replied in the affirmative to another Twitter user who asked if it was in dollars.

On how they did it, she wrote: “We bypassed a lot… by doing a destination wedding at an Airbnb that already looked beautiful.” 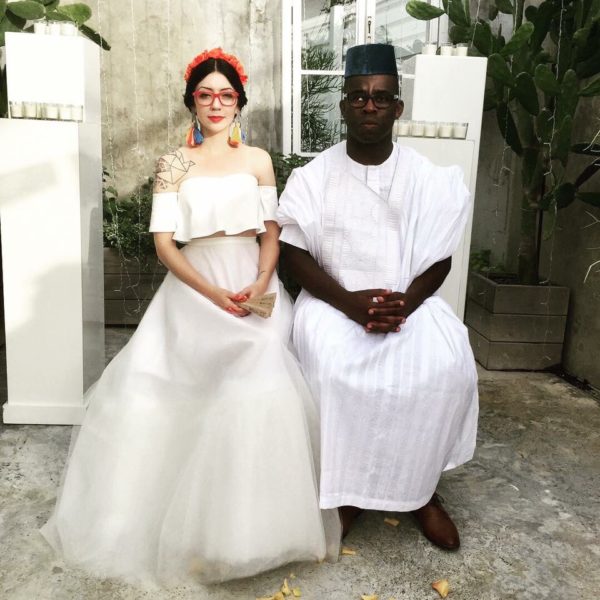