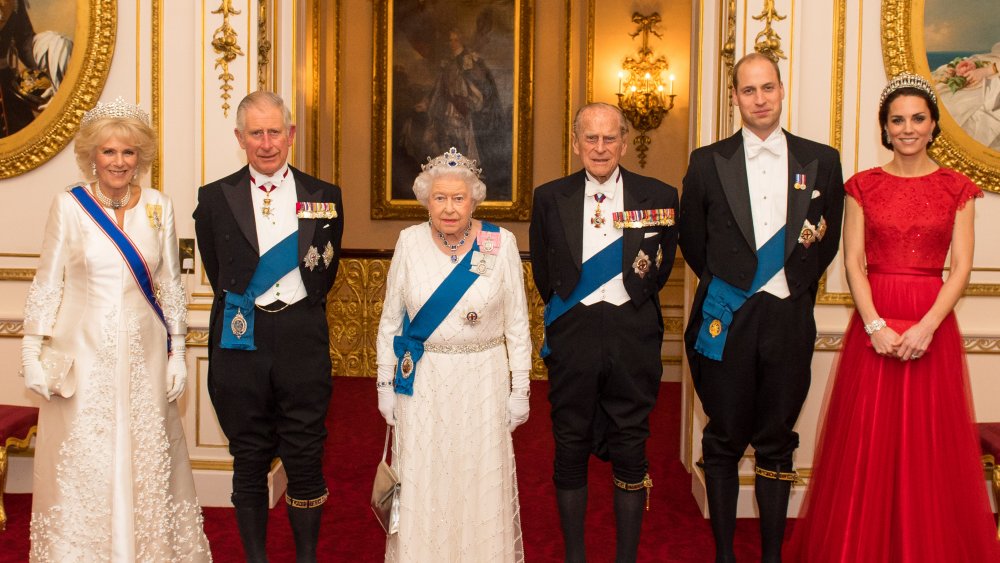 While Queen Elizabeth is one of the most-traveled English monarchs, her international visits grow less and less frequent now because of her age. According to Yahoo, “the Queen doesn’t do foreign visits much any more.” So even more royal travel will soon fall to Prince Charles and Prince William. (In 2018-2019, Charles actually surpassed his mother and became the royal who spent the most money traveling.)

However, with the spread of the coronavirus, even the royal family is quarantining to take precautions. Prince Charles and Duchess Camilla were scheduled to tour Bosnia, Herzegovina, Cyprus, and Jordan, according to Harper’s Bazaar, but that journey has been postponed. An official statement from Buckingham Palace notified the public that the annual garden parties would be canceled and that the Queen herself, to avoid the coronavirus, would be moving to Windsor Castle earlier than planned and will stay there for the Easter season. Other events, including the “Trooping the Colour, the 75th anniversary of VE Day and a State Visit from the Emperor and Empress of Japan,” will be decided on an ongoing basis, per Harper’s Bazaar.

After much speculation, Princess Beatrice’s wedding has finally been canceled because of the spread of the coronavirus. According to Express, the couple was supposed to marry on May 29, but the nuptials have been pushed back and they are waiting to make further decisions about their wedding.