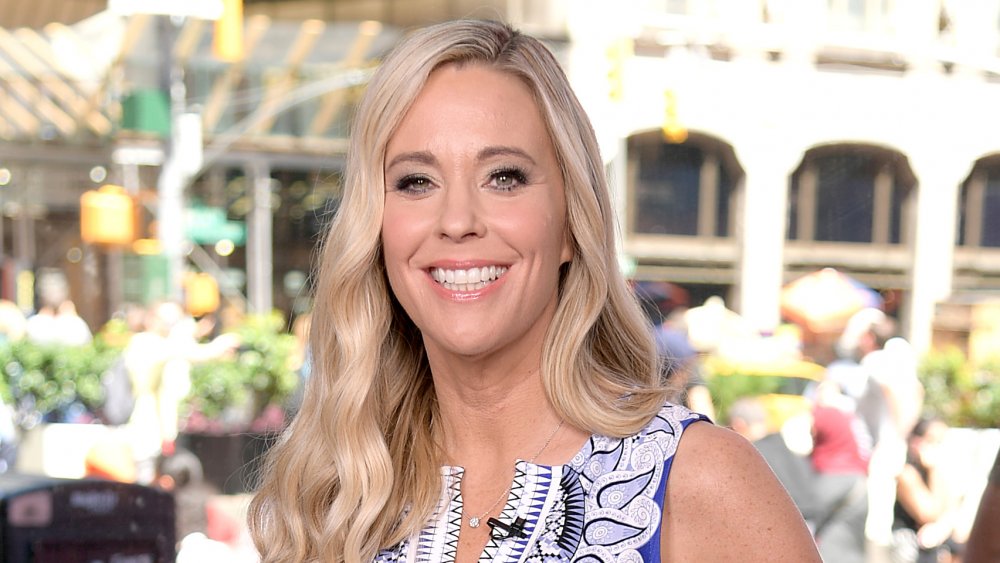 During her 2010 appearance on The View, Kate Gosselin insisted she’s never had plastic surgery on her breasts. “Why is it so fascinating? I got a good bra!” she said, according to Us Weekly. However, a source close to her claimed to the outlet that she did have a breast enhancement surgery in March 2009.

When asked if she’s ever had Botox, Gosselin told The View ladies, “Absolutely not.” But an insider told the magazine she had a botched Botox job around her brows — and experts agreed. NYC doctor Steven Pearlman told Us Weekly, “The center of her eyebrows are dropped and spread, which can happen from Botox treatment of the forehead frown lines.”

While Gosselin stands by her claims that her beauty is au naturel, she understands why people think she looks younger than ever. “I think when the world met me I was three days post having sextuplets, so the only place you can get from that point is younger… You guys saw me at my worst first, and then I just kind of reversed in front of your eyes,” she said at an E! News event in 2015. She also told Andy Cohen in 2012, “I am probably one of the rare few who de-age,” according to HuffPost.

So, is Gosselin hiding details about her plastic surgery journey? The reality star seems pretty adamant in her denial.