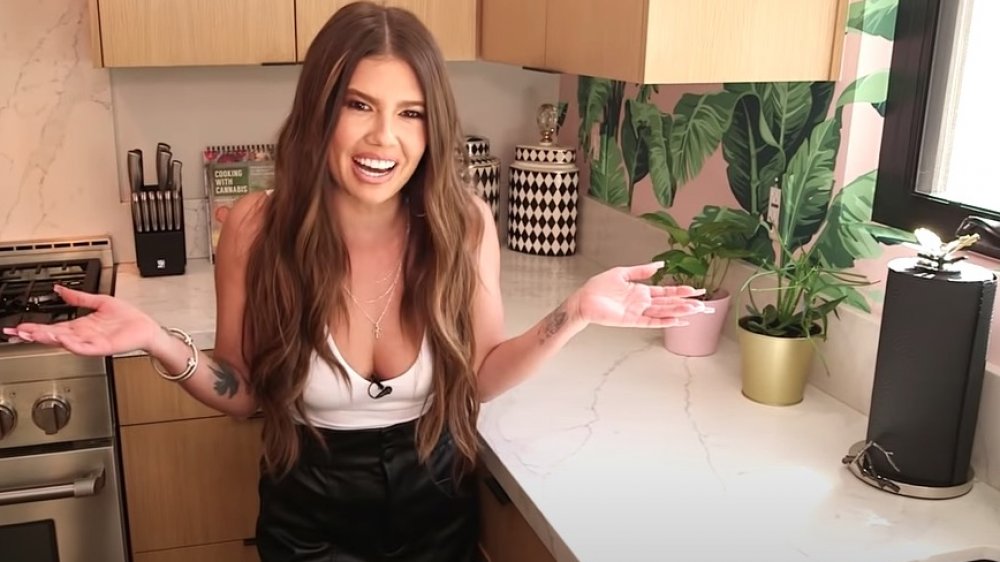 The truth about Chanel West Coast’s black paper towels, Once on the top floor, Chanel West Coast proceeded to give In Touch Weekly a tour of her glam room and we are drooling! She had a vanity with drawers filled with makeup, a wall of wigs, and a wall of shoes. However, she was careful to specify that they were not “all of her shoes.” She also showed off a cute, orange outfit and said it was what she wore when she opened for Cardi B. Adorable! West Coast also had a rack of her clothing line, LOL Cartel. She said she “always has a few things on deck,” so she can give items to friends and influencers.

West Coast also showed her ring light and said it was necessary for anyone who wants a social media presence, noting, “You’re not going to always have someone around to take your picture.” She said her ring light came in what was called an “Influencer Kit” from Best Buy!

The rapper concluded her tour by saying that a tough background doesn’t mean a person can’t have an amazing life. She said, “You just have to work really hard and you can get it!”