The reason the members of BTS don’t have girlfriends 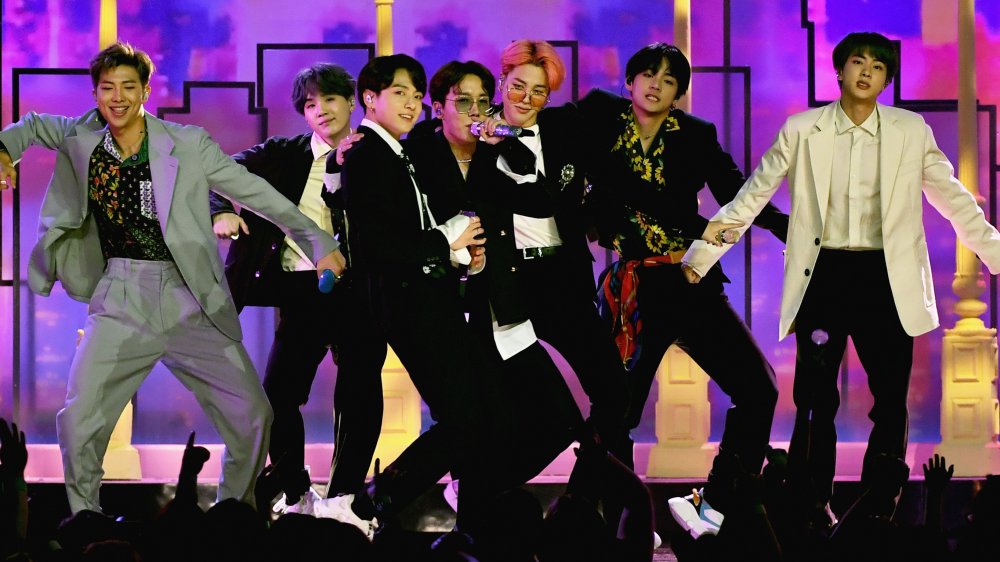 As any Instagram influencer worth their weight in #sponcon will tell you, your brand is everything. And apparently relationships, or really anything that can cause drama, do not fit the K-Pop aesthetic. According to CNN, K-Pop stars’ management teams sometimes prevent them from opening up about their personal lives. In some cases, there are even “no dating” clauses in their contracts, which might be the lock and key BTS are under.

Even though the occasional rumored romance sends the BTS Army into a frenzy, none of the relationships ever seem to pan out — at least not in the public eye. Korean music industry executive Bernie Cho told CNN that since the individuals in the bands are viewed as “investments,” anything that can affect the bottom line is a big “no.”

“Scandals involving drinking, drugs, or even dating not only make waves in the entertainment news section but also the finance news section because many of the biggest Korean music management companies are also publicly traded stocks on the Korean stock exchange,” said Cho. “Sensational headlines can take a serious hit on the bottom line.”

Since Americans aren’t super well-versed in the intricacies of the K-Pop machine, the question of whether or not the boys are single tends to come up in interviews quite a bit. However, the bandmates seem to have become experts at dodging the question. In 2017, when the boy band hit the American Music Awards red carpet, an Entertainment Tonight interviewer Keltie Knight said, “You guys are all together, but you didn’t bring your girlfriends. Do you need a girlfriend? Are you looking?” to which member RM replied, “No, we got [our fandom] ARMYs. We got, like, thousands of girlfriends in here, so we don’t need to worry.” That definitely sounds like an answer that he came up with himself and not one that his PR team told him to say five minutes before the interview.

Even though the BTS boys haven’t explicitly said management is putting a no-go on their relationships, there’s definitely a very good chance that’s the case. However, relationships aside, they might have a slightly bigger problem on their hands. While the boys might not be looking for a leading lady anytime soon, they might be looking for a new band member in the near future. Find out what will happen if bandmate Jin joins the military.