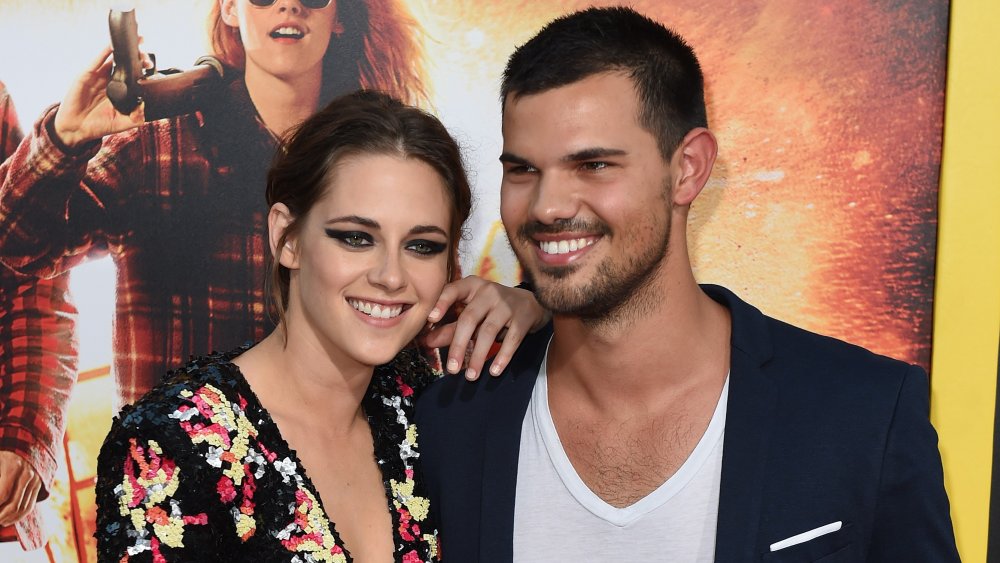 Taylor Lautner is right there with Kristen Stewart when it comes to thinking their on-screen kiss was just weird. He was a fan of his character finally getting to kiss his love, but his friendship with Stewart made for a few awkward minutes of silence while filming the scene.

“As soon as we finished, as soon as we pulled away and they called cut, she’d look at me and I’d look at her and there would be a moment of silence,” Lautner told Access Hollywood in 2010.”And she would go…’ We just kissed!’ It’s definitely interesting but when we film, we become Jacob and Bella.”

If you are still Team Jacob, don’t panic, because Stewart and Lautner’s friendship off-screen has never wavered. Their on-screen smooch was strange, but it was in the past and that’s where it has stayed. Off-screen, the duo frequently sees each other. In fact, the two reunited in 2015 at Stewart’s American Ultra premiere, and the actress couldn’t help but gush over her longtime friend. “I love Taylor. He’s one of my boys,” she told E! News at the time. “He’s like one of my best friends.”

Luckily for Twihards, this isn’t the only time the two co-stars have spent time together since wrapping the Twilight films. They were spotted together in February 2019 in Malibu where Stewart showed up to celebrate Lautner’s birthday…and there are photos to prove it! We know that Bella picked Edward, but in real life, it looks like Stewart is all in on Jacob, er, we mean, Lautner.