The real reason Emma Roberts and Evan Peters broke up 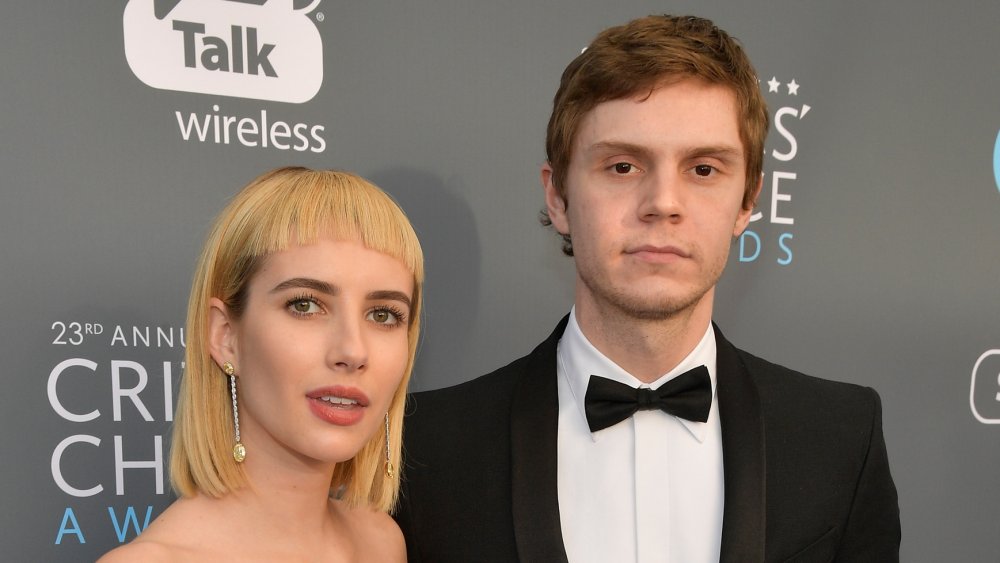 The topics that surround each season of American Horror Story are truly grueling to watch. With the themes so dark, you’d think that the cast would try to keep things upbeat while the cameras aren’t rolling. For Emma Roberts and Evan Peters, however, it looks like that wasn’t an option. As it turns out, the AHS co-stars had trouble separating their personal lives from their professional ones — even from the get-go. As Roberts dished on Chelsea Lately (via E! News), the pair met during the filming of their indie flick, Adult World. “I actually, on the set, was like, ‘Oh yeah, we’re totally gonna date.’ And I would like flirt with him,” the starlet explained.

However, by the time they already shot a few seasons of AHS together, the couple was allegedly driving the cast mad with their turbulent relationship. As an insider revealed to OK!, the pair was either “constantly kissing or fighting” on set, adding that, “as soon as the director yells ‘Cut,’ Emma and Evan are making out. That is, if they’re not screaming at each other.” Yikes.

By 2019, after the couple’s final breakup, Peters finally quit the show, and as per The Sun, claimed it was due to the “exhausting” nature of taking on such dark roles. While that may be the case, perhaps he wanted to close the final chapter of his own romantic horror story.