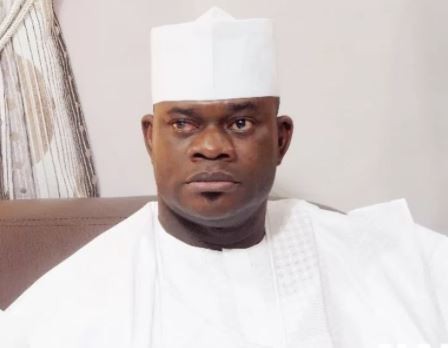 The Peoples Democratic Party (PDP) has charged the people of Kogi State and the entire nation to hold the All Progressives Congress (APC) and its government in Kogi and the federal level responsible for the massacre of over 50 persons by marauders.

The party said after a thorough analysis of the circumstances and events preceding the attack, there are crucial pointers that the APC and the Kogi state government have very serious questions to answer.

The PDP in a statement by its National Publicity Secretary, Kola Ologbondiyan, on Saturday, said it is pertinent to note that the attack was preceded by revelations of importation of military gadgets by persons allegedly linked to the APC and the Kogi state Governor Yahaya Bello.

The party said that APC and Kogi state government must respond to the question troubling the mind of Nigerians on the perceived clandestine involvement in activities that must have encouraged or aided those behind the attack. From every indication, there is no how one can exonerate the APC and its administration at the federal and Kogi state levels from this evil against the people.

We invite Nigerians and the international community to note that the President Muhammadu Buhari-led administration did not take any definite steps to ensure adequate security in the ravaged communities despite series of alarms of security threats, the latest being the exposed illegal smuggling of military gadgets into the state.

In spite the allegations by the people of Kogi state that the military equipment were being delivered to suspected marauders, the Buhari-led Federal Government did not take an decisive steps to arrest and investigate those fingered in the illegal trafficking, particularly the already indicted aides of Kogi state Governor Yahaya Bello.

This raises questions of conspiracy against the people by the APC government both at the federal and Kogi state levels. The question are; why did the Federal Government fail to deploy adequate security to the communities in the face of obvious threats? Why has the Buhari Presidency refused to take any firm step to investigate the illegal importation of military equipment into Kogi state, even when such gives a clue as to how marauders gain access to weapons?

Furthermore, why did the APC, as a ruling party, fail to condemn the illegal importation of security gadgets or even caution its government in Kogi state, if it is not also involved in the illicit act that is now being linked to this massacre?

Now that the deed has been done, all we get are apathetic statements and crocodile tears from the Federal and Kogi state government while those behind the act are still walking free and probably targeting their next victims.

The PDP resolutely condemn this obvious betrayal of the people by the APC-controlled government. We insist that life is sacred and must not be used as a pawn by any person to achieve any aim under any guise whatsoever. While we commiserate with the victims of the attack, we insist that the Presidency and the Kogi state Government must be put to task on these killings. The truth must be exposed.