The most awkward behind-the-scenes moments of Friends 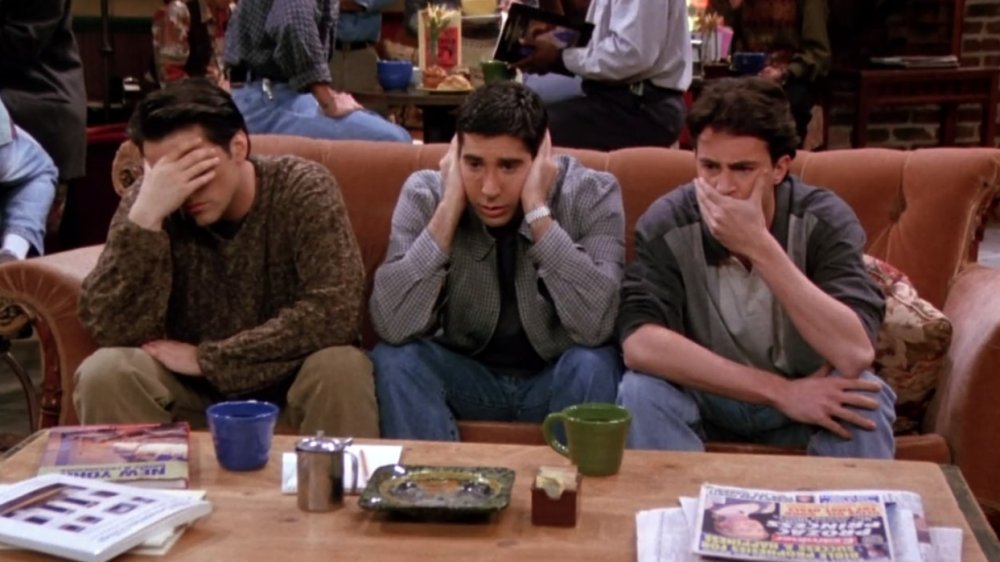 The most awkward behind-the-scenes moments of Friends Ross’ pet monkey, Marcel, was one of the less defensible random plot tangents on Friends — and David Schwimmer apparently hated his adorable scene partner. During an appearance on Jimmy Kimmel Live!, Matt LeBlanc admitted his co-star was fed up with his on-screen pet (which, if we need to remind you, seemed like one of Ross’ only friends besides Joey, Chandler, and his sister). “I liked the monkey!” LeBlanc said. “I like animals, and the monkey was really cool. Schwimmer, not so much … He’s the one that had to work with it the most, so he was like, ‘Again with the monkey?’ But I got along great with it.”

Apparently, Marcel didn’t get along with Schwimmer either. According to LeBlanc, the monkey — who’s actually a female named Katie — ended up ditching work one day by climbing up the lights on the sound stage, which were about 60 feet high. She disappeared into the set’s vast blackness, and it took 30 minutes for the crew to coax her down with mealworms. Meanwhile, the rest of the cast got $1 million an episode. How’s that fair?

For some reason (maybe because she’s a monkey), Katie’s diva attitude never ended up tarnishing her reputation. According to BuzzFeed, she’s still acting and playing a monkey named Ampersand on FX’s graphic-novel inspired series Y: The Last Man.