The Hottest Women Of the week

That many feathers can only mean one thing: the Victoria’s Secret Fashion Show. Lingerie queen Adriana Lima will once again be leading the charge and attended fittings this week. Sadly, the show itself is three long, long months away. 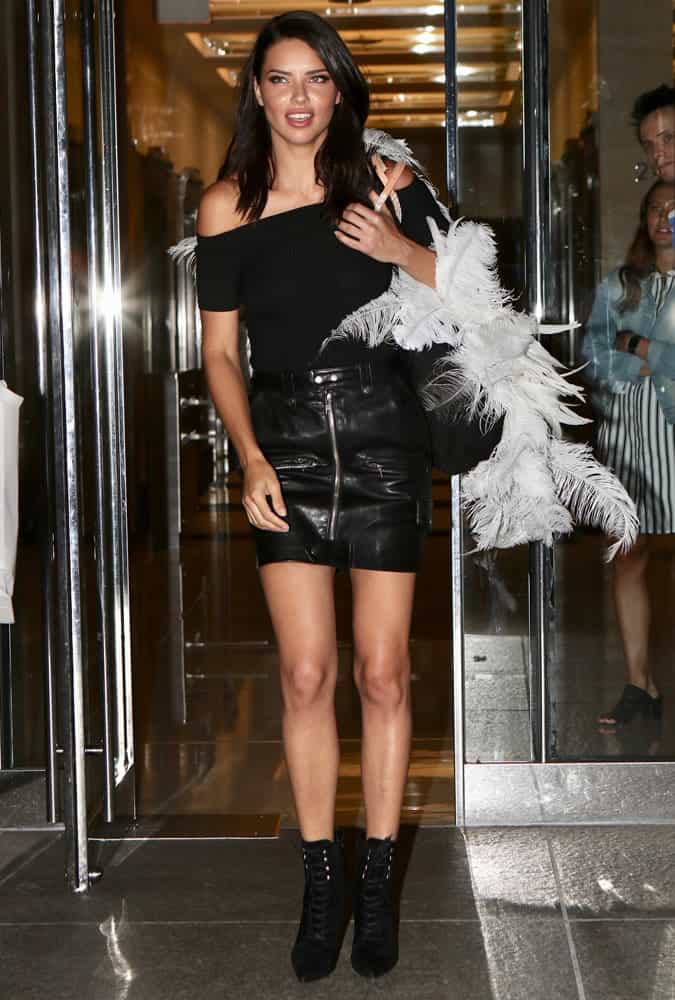 Leather trousers may sound more Meat Loaf than girlfriend material. But Alexa Chung, as is tradition, pulls them on and makes them perfect. Not long after Bella Hadid took this selfie, there was a major pile-up on that traffic junction in the background. Drivers, always check for Victoria’s Secret angels. From the early noughties to this year’s VMAs, from breakfast to lunch and yes, from ‘AM to PM’, Christina Milian’s charm has survived long after her last chart hit. Which admittedly was quite a while ago now. Like all good spawn of celebrities, Hailey Baldwin’s a model. Though considering the grand DNA lottery, we’ve a feeling the 20-year-old would have made it there without the surname. If a driver has an umbrella out, chances are that a lace bodysuit is by no means suited to the weather, Josephine. Not that we’re complaining. One familiar face who won’t be at this year’s VS show is Kendall Jenner. Why? She’s just been named the face (and body) of rival lingerie brand La Perla. Again, we’re not complaining. Yeah Lais, we know what you’re thinking: I look hot. The smirk says it all, and so does the fact you’re on your way to the Victoria’s Secret fitting. American actress Olivia Munn has recently parted ways with NFL quarterback Aaron Rodgers. Not that we can compete with a broad-shouldered American football player, but it’s still worth a try. Though relatively new to the Victoria’s Secret brigade, we expect Sara Sampaio is going to be in this year’s line-up. If she isn’t, expect a call from us, Vicky.