The government cheese phenomenon and the American cheese stockpile today 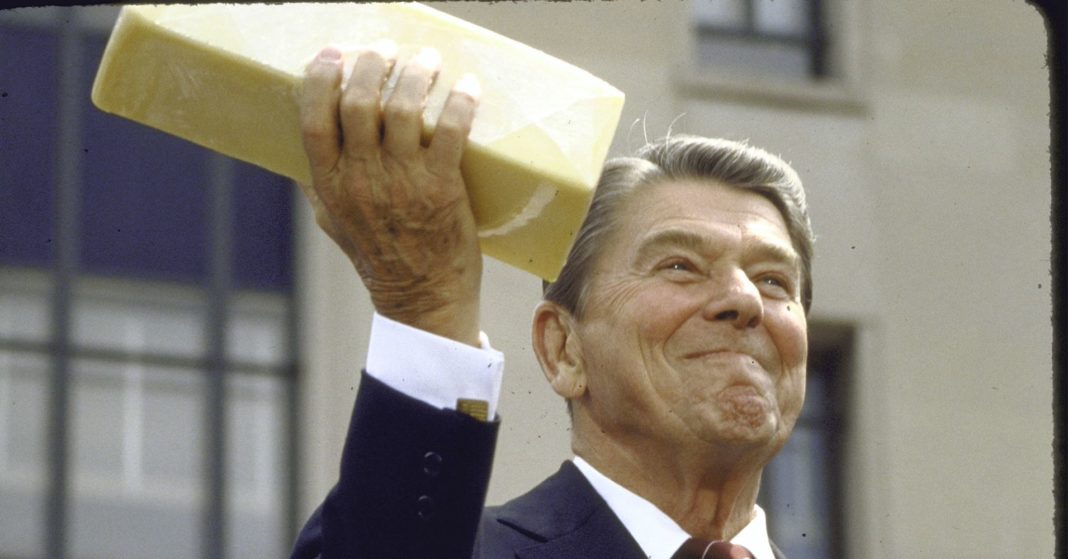 To get some of that cheese off the market, the U.S. Department of Agriculture has spent $47.1 million buying up roughly 22 million pounds of it since 2016, according to a USDA spokesperson.

But this isn’t the first time the government has bought tons of American cheese. In the 1970s, the USDA stepped in to help control volatile milk prices, and it became very profitable to produce milk. So, farmers started producing way too much of it, which was then turned into way too much cheese.

In 1981, then-President Ronald Reagan declared 30 million pounds of American cheese would be distributed to food pantries, school lunch programs and other welfare programs. By 1984, the U.S. was storing about 5 pounds of cheese for every American.

Suddenly a block of surplus dairy product became a neatly packaged symbol of economic status known as “government cheese.” It’s been referenced in “SNL” sketches and songs by artists including DMX, Kendrick Lamar, The Roots and Jay Z.

“It would come in these big brick-type blocks and it’s like Day-Glo orange,” said Bobbi Dempsey, writer of The Tyranny and the Comfort of Government Cheese. “It brings back bittersweet feelings. It was a staple of childhood, so there’s a nostalgia about that. But at the same time it’s yet another aspect of life as a poor person that you had no control over.”