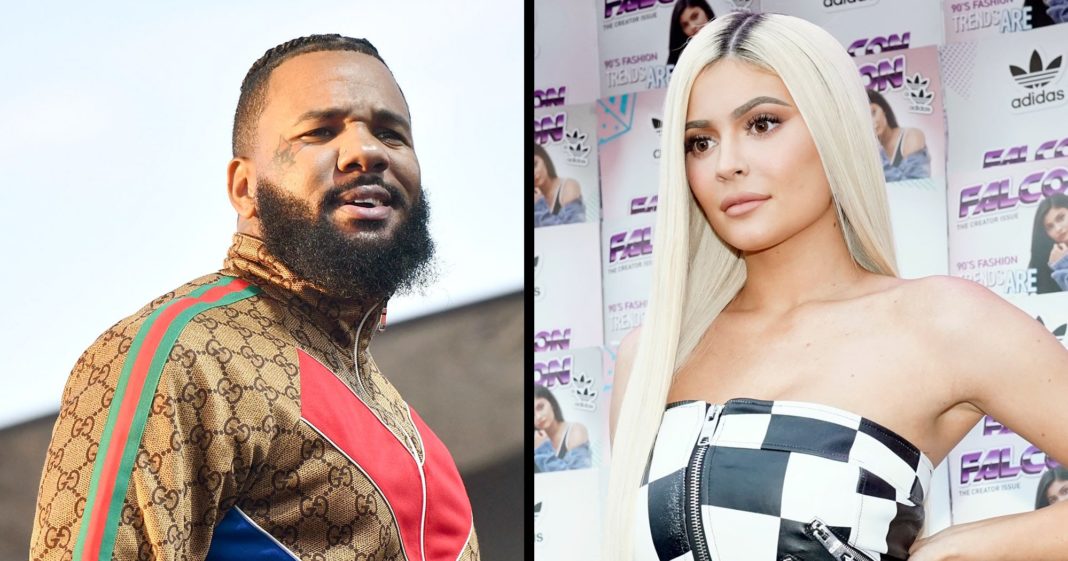 And then there were two. The Game rapped about Kylie Jenner in a clip of an upcoming song that was shared on Twitter one day after he divulged some NSFW lyrics about the lip kit maven’s older sister Kim Kardashian.

“Her sister made a billion in makeup / I used to make her Frosted Flakes when she wake up,” the 39-year-old musician rapped in a video tweeted by DJ Akademiks on Saturday, January 26.

The Game got graphic in another snippet of an unreleased track, which was shared by The Shade Room on Friday, January 25. “I held Kim Kardashian by her throat, n—ga,” he claimed. “I made her swallow my kids until she choke, n—ga / I should apologize ‘cause ‘Ye is my folks, n—ga.”

The “How We Do” rapper alleged in his 2016 song “Sauce” that he “f—ked three Kardashians.” He addressed the relationships in September 2016. “You know what, this is what I’ll say. I’ll tell you this. Kanye [West] is a really good friend of mine,” he said during an appearance on The Wendy Williams Show. “And they got really, really beautiful kids, and I don’t want to disrespect their family.”

Kardashian, 38, and West, 41, are parents of North, 5, Saint, 3, and Chicago, 1. Us Weekly exclusively reported earlier this month that the couple are expecting a baby boy via surrogate.

The Game denied sleeping with Kourtney Kardashian but played coy when asked about his past with Khloé Kardashian. “Ah, sometimes it gets late at night,” he hinted to Wendy Williams.

He then implied that the third “Kardashian” was Blac Chyna, who was engaged to Rob Kardashian at the time of the interview. “It gets a little tricky. Chyna ain’t married yet,” he teased. “It’s all good, you know what I’m saying? It’s facts.”