The Best Birthday Gifts For Him In 2022 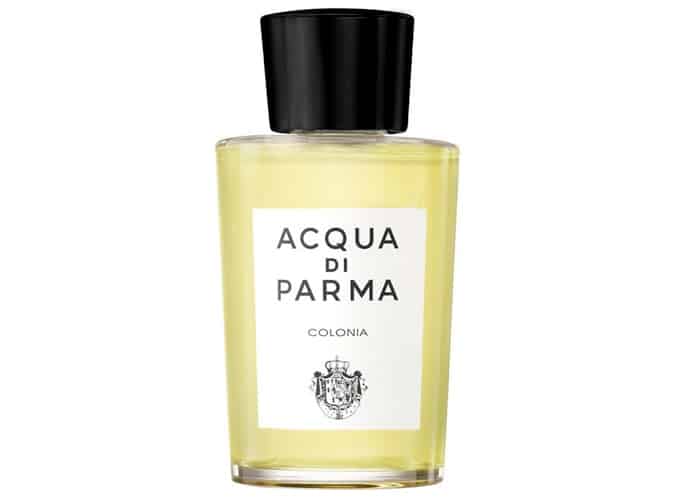 Everyone likes receiving a birthday present – even the guys that doth protest too much and insist you shouldn’t bother. So that means, whatever they say in the build-up, you buy one. Less straightforward is what you actually buy.

To that end, we’ve compiled a birthday gift guide for men to make that arduous purchase that much easier. And, with suggestions to suit even the pickiest of fellas, the all too familiar line of “You really shouldn’t have” will actually mean, “I’m really glad you did.”

If it’s not broke, still spritz it. That’s the logic most men apply when reordering their signature scent for the fifteenth time. But with so many new releases each year, it’s a missed opportunity to stay wedded to a single sniff.

Classic fragrance brands – like Tom Ford, Acqua di Parma or Chanel – enlist popular woody and citrus notes that won’t rock the olfactory boat. Which often means you’re investing in something universally liked as opposed to, say, Gosha Rubchinskiy’s eau de burning skateboard. Plus, a new fragrance makes a great gift for someone who has everything. However, settle for a classic Hollywood style – the kind that suit several different face shapes – and you’ll see double the benefit. The first being timelessness, the second being proper UV protection for your blinkers. You don’t have to be a Supreme-drenched sneakerhead to appreciate good footwear. A pair of clean, minimalist trainers will outlive any fleeting footwear trend, and serve your weekend civvies just as well as a dressed-down navy two-piece. No limited-edition Louis Vuitton print necessary. Swiss watches are prestigious for a reason. Watchmaking capitals like Le Locle, Geneva and Neuchâtel have peddled exemplary craftsmanship for over a century, and Patek Philippe and Omega are but two juggernaut labels from Europe’s favourite fence-sitter.

You don’t need a Swiss banker’s salary to invest, either. Smaller watch brands can rival the greats in terms of engineering – at a stitch of the usual price. He can use his own savings for that Rolex Daytona. The humble Oxford shirt is, arguably, the most important building block in a man’s wardrobe. It’s more versatile than navy tailoring, and not restricted to summer or winter looks, unlike other staples like a camel overcoat.

It’s a piece that has remained at the forefront of many a great look for decades, and can be dressed up or down, layered with ease or slotted into more formal looks. All of which means he needs a new one. Pronto. Yes, we live in an age of immediate digital gratification. Just because a man can order socks and pants on his smartphone though, doesn’t mean he actually will.

That’s where you come in. Buy a yearly subscription service that he would never think of himself: the useful things that’ll make him a better man, like a grooming box, clothing, even condoms if he needs a companion to ‘Netflix and chill’. Something To Get Him Drunk

A weekend wasted isn’t a wasted weekend – especially when birthdays are concerned. So, indulge him with something that’ll a) taste good and b) make him feel not-so-good the next day.

Japanese whiskies are famed across the world as a gentler alternative to Scotch – important if you don’t want him to heave on the first round. Or, alternatively, settle for a premium vodka that’s a far cry from the rocket fuel of underage days gone by. If he’s yet to graduate from the halls of residence school of interiors, make an adult of him by replacing the sun-bleached Oasis and Kelly Brook posters with a grown-up piece of art (and have a firm word while you’re at it).

Look for something simple enough to complement a range of rooms and colour schemes, or an alternative, artier depiction of his favourite film or icon. After all, if he’s not quite the Sotheby’s regular, that Cézanne replica may fall a little flat. Jewellery He Can Actually Wear

Jewellery: for most men it’s fashion’s final frontier. While we can exercise relative nous when pulling together an outfit, men’s jewellery is often left to the wayside because everyone assumes it’s too flashy, too fine, too feminine.

In fact, it’s none of these things. Steer classic and shop for quality. A simple band of gold, silver or titanium – whether on the wrist or the ring finger – can lift the simplest of looks without raiding Aladdin’s cave. As the apocalypse looms with every passing day, it seems that mankind is increasingly looking back to the good ol’ days for some respite. Or at least listening to them.

Vinyl records – once your nan’s only way to drop some dirty Johnny Mathis bangers – have seen their sales increase 260 per cent since 2009 according to Forbes. That bodes well for the future, as a bigger vinyl production line means you can buy all his favourite hits for that record player he no doubt got for Christmas. If the majority of the world’s celebrity chefs are men, the gent in your life should be no exception when it comes to culinary handiwork.

Investing in a sound kitchen gadget will save time, simplify a recipe and actually get him in front of the worktop. He may never be Marco Pierre White, but it could spice up the post-work repertoire beyond microwaved rice. Backpacks are no longer the preserve of festival crusties and junior school kids. Buy quality, and he can shoulder a bag that’ll not only serve his weekend wardrobe, but that of the 9-to-5, too.

Leather is your best bet. It’s hard wearing, classic and adds some polish to what is generally considered a casual piece. If that’s a little out your price range, pleather can look just as smart, as can outdoorsy combinations of canvas and leather accents. The task of finding a decent pair of jeans is a boring one. So, you can multiply that tedium by 10 when it’s a smarter pair of trousers on the shopping list.

Saving him the job will not only earn his utmost gratitude, but it’ll result in legwear that serves a multitude of looks. Navy or grey will clinch the all-important cost-per-wear calculations, and remember the inside leg measurement is critical. The ideal trouser finishes at the top of his shoe without any puddling. Just think, shoes face a mighty endurance test on a daily basis: train compartments, rain, wind, pavements soiled by an office drunk – you name it, your kicks have conquered it.

Makes sense, then, to invest in a pair that’ll withstand such rigours for years to come – the kind that’ll survive changing seasons (we mean trends and the actual weather). Oxford shoes are endlessly versatile by virtue of their simplicity, while high-quality boots will make small fry of the daily commute. Despite what millions of nihilists on social media would have you thinking, photos weren’t always about me, me, me. No, they were meant to be nostalgic records to facilitate the ridicule of relatives’ past fashion mistakes, of course.

Not that there’s anything wrong with dropping your snaps to Instagram, but there’s something undeniably attractive about the ritual of taking a photo, getting it developed and framing your best ones (and wincing at the poorly dressed nineties holidays that are better kept in a shoebox). We couldn’t care less whether our passport was blue, maroon, red, or even made of human hair if it gets us from A to Bermuda. Holidays are precious, so everyone should protect their permit to pass through immigration.

That’s not to say you should keep your passport in a bank vault. A quality holder will do. It’ll help swerve scuffs, marks and, crucially, keep that all-important documentation in one place. Have a nice flight. There is a point to purpose-built gym gear. And no, it’s not to flatter the selfie-shot muscles on the meatheads of Instagram.

Look for polyester and Lycra fabrics, which draw and wick moisture away from the body. Plus, fitted gear is far more conducive to yoga, spinning, lifting, and almost every class imaginable. Nobody wants baggy trackies (or worse) stuck in the machinery. Lumps and bumps can be cleverly disguised with the right clothing, but nothing can hide poorly-treated skin. Which is why a decent skincare pack always makes a good birthday gift or father’s day gift. He may be one year older, but he doesn’t have to look it.

He’ll need an exfoliator, a cleanser and a moisturiser – the holy trinity of a facial MOT. Then, ensure his lotions and potions are without parabens to leave his skin nasty-free. A Book That’ll Teach Him Something

Despite the cleverly worded tweet that got him 17 likes on Twitter, scrolling through social media isn’t educational. Reading an informative book is, however.

There are a number of self-care books that always hit the spot: how to be a better man and the like. Or, you can broaden his horizons with a tome for an upcoming trip to pinpoint every cool little eatery courtesy of the Lonely Planet. Either way, it’s a step up from ‘This Amazing Teacher Just Ate A Raw Egg And You Won’t Believe What Happened Next’. Designer underwear may seem the ultimate in last resort birthday gifts: everyone’s resigned themselves to the CK multipack when at a loss for ideas. But there’s a reason it’s such a go-to.

Proper pants – those that are actually built for the average male frame – sculpt, mould and generally flatter his nether regions and surrounding areas. There’s not a man alive that won’t appeal to. 18 Best Dress Shoes For Men: Different Styles For Any Occasion 2022

117 Of The Best Pickup Lines: Our Greatest Smooth, Funny And Flirty Lines for 2022