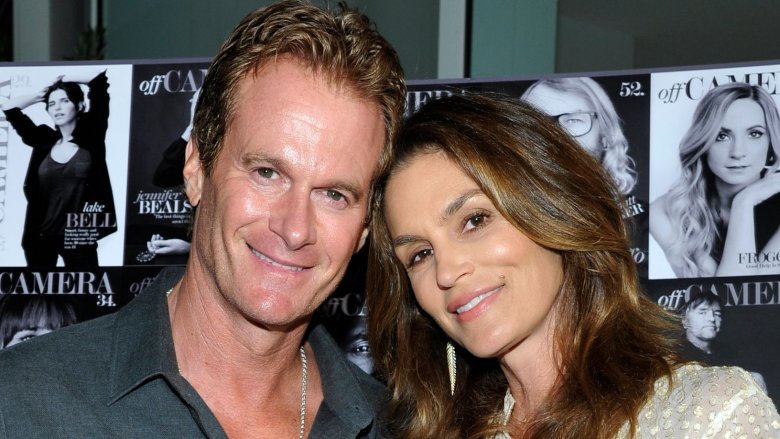 During the early stages of their marriage, Rande Gerber was building his business empire and allegedly being less than faithful to his new bride. “He’s a big flirt, especially when he was more involved with his nightclub business,” an insider told Closer Weekly. “Women were hitting on him all the time.”

One woman, Harmony Kubiak, exposed Gerber and his alleged cheating ways in a 2004 interview with the National Enquirer (via Celebitchy). Kubiak, a former employee at Gerber’s Whiskey Blue bar, said the alleged incident occurred in 2000 — just two years after Gerber married Cindy Crawford.

During a trip to New Orleans, Gerber, Kubiak, and friends were reportedly riding in a stretch limo on their way to a strip club when things supposedly got heated. “Rande suggested I sit on his lap. We were all pretty drunk by then,” Kubiak said. After allegedly kissing, she claimed Gerber invited her to his hotel room, where she eventually passed out. When she woke up, she claimed Gerber was wearing nothing but a towel and was undressing her. “That’s when things came to a screeching halt,” Kubiak said. “I freaked out and told him I had to leave.”

Kubiak claimed that because she refused his advances, she was fired from her job at Whiskey Blue. This wouldn’t be the last time one of Gerber’s employees would accuse him of acting inappropriately…