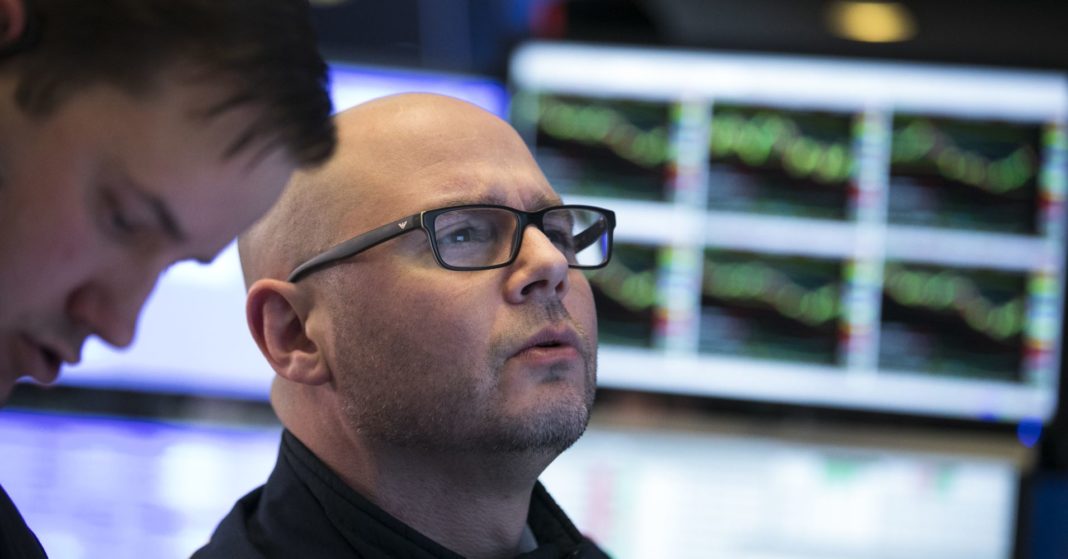 CVS Health – CVS reported adjusted quarterly profit of $2.14 per share, beating the $2.05 consensus estimate. However, revenue fell short of forecasts, and CVS also gave a weaker than expected full year outlook due to deterioration in its long-term care business.

Garmin – The maker of GPS devices posted adjusted quarterly earnings of $1.02 per share, 22 cents a share above estimates. Revenue also came in above Wall Street forecasts, with Garmin reporting strength in its fitness and outdoor product lines.

Gannett – The USA Today publisher fell 2 cents a share short of estimates, with adjusted quarterly profit of 44 cents per share. Revenue also missed forecasts. Gannett notes improvement in its digital business and said it remains committed to a goal of achieving more than half its ad revenue from digital sources.

Apple – The company is hoping to combine its apps for the iPhone, iPad, and Mac by 2021, according to a Bloomberg report.

Wolverine World Wide – The maker of shoe brands like Sperry, Hush Puppies, and Saucony earned an adjusted 52 cents per share for its latest quarter, 3 cents a share above estimates. Revenue came in below forecasts, however, and the company’s 2019 adjusted earnings forecast range falls largely below current consensus.

Owens-Corning – The maker of insulation and other construction materials beat estimates by 12 cents a share, with adjusted quarterly profit of $1.38 per share. Revenue came in above estimates, as well.

Southwest Airlines – Southwest is investigating a surge in maintenance-related flight disruptions, according to Chief Operating Officer Mike Van de Ven. He issued a statement saying the increase had come despite no change in the airline’s maintenance programs or policies. Separately, Goldman Sachs downgraded the stock to “sell” from “neutral,” citing both valuation and a deterioration of profit margins due to its new flights to Hawaii.

Tesla – Tesla is planning to launch a leasing option for its Model 3 automobile, according to the news website Electrek. The site quotes an email sent to employees saying they would be able to lease a Model 3 within two weeks, although it did not specify when consumers will have that option.

Teva Pharmaceutical – Teva settled with the US in a case involving the drugmaker’s agreements with rivals. The government had charged that those agreements kept cheaper generic drugs off the market.

LendingClub – LendingClub reported adjusted quarterly profit of three cents per share, a penny a share above estimates. The online lender’s revenue was slightly below Wall Street forecasts. The company’s 2019 revenue forecast of $765 million to $795 million falls below the consensus estimate of $796 million.

Herbalife Nutrition – Herbalife came in 2 cents a share, ahead of estimates with adjusted quarterly profit of 63 cents per share. The health products maker’s revenue came in slightly below consensus, however. Herbalife also raised its sales growth forecast for 2019.