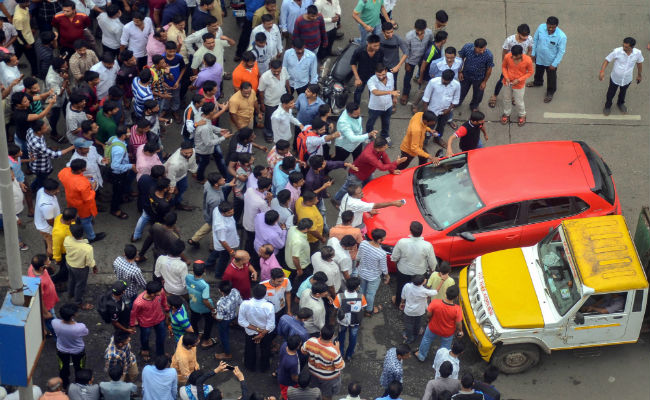 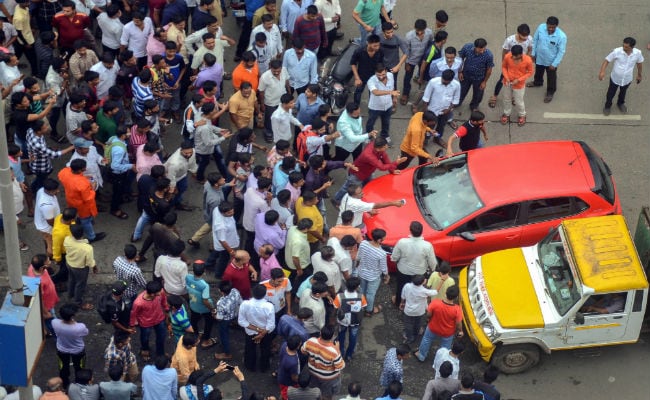 “You just stay at home, do not come out, stone-pelting is going on. I will come, along with appa and daji” — this was the last conversation 21-year-old Rohan Todkar had with his cousin Shital Shinde, before the violence during the Maratha quota stir in neighbouring Navi Mumbai claimed his life.

Rohan Todkar, who was caught in the violence on July 25 at Kopar Khairane, was assaulted by a mob. He later died because of his injuries in the state-run JJ Hospital at Byculla in Mumbai on July 27.

The youngster worked in a private mobile phone firm and was out that day with a group of friends, Shital Shinde told PTI on Sunday.

The family originally hailed from Khonavali village in Patan tehsil in Satara district and Rohan Todkar was staying at his uncle Shankar Shinde’s residence in Sector 15 of Kopar Khairane, she said.

“He had come home at around 6:15 pm, had something to eat and gone out to see the incidents unfolding on the street below. At around 7 pm, I called him and asked him to come home. My husband Sandip and my father-in-law had also gone out. It is then that he told me not to venture out of the house as stones were being pelted.”

“He said he would come, along with appa (uncle) and daji (brother-in-law). This was his last call and there was no word from Rohan after that,” Shital Shinde added.

Calls made on Rohan Todkar’s phone by both Sandip and uncle Shankar Shinde went unanswered, she added.

“We had told him not to go out during the protest. But he went out with his friends and reached Kopar Khairane, where he was beaten up by a local mob,” Shankar Shinde recounted over phone from Satara.

He was at Khonavali in Satara to attend Rohan Todkar’s last rites, the family said.

“Unaware about what had happened to him, we looked for Rohan for two days, but the Navi Mumbai police was unable to give us proper information. They did not take cognisance of our complaint about Rohan being missing either,” Rohal Todkar’s uncle alleged.

“On the night of July 27, we got a call from the police, informing us that Rohan was in JJ Hospital. We rushed there and identified the body. He was the only son to his parents, who are farmers back in Satara,” Shankar Shinde said.

The couple, he said, was distraught on losing their son and had demanded compensation as well as action against the members of the mob that beat him to death.

“The government should take stern action against Rohan’s killers. They should give compensation to his parents as they have lost the family’s sole breadwinner,” the uncle said.