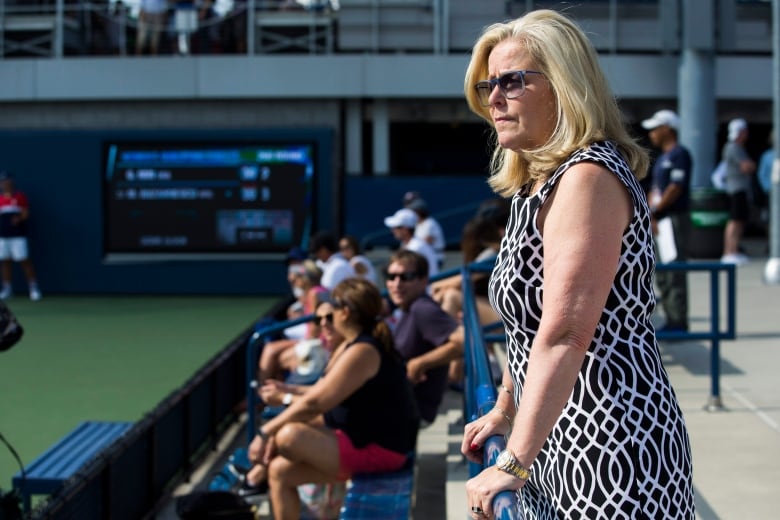 Canadian sports icons including Stacey Allaster, Donovan Bailey and Angela James are among the 85 new appointees to the Order of Canada this year.

This year’s list of appointees also includes Canada’s first Indigenous female MP, the first MP for Nunavut, and a number of contributors to the arts, including Emmy nominated actress Sandra Oh.

Considered one of Canada’s highest civilian honours, the Order of Canada is meant to recognize people who make “extraordinary contributions to the nation,” according to the Governor General of Canada website.

Allaster was named as a companion, the highest of the honour’s three levels, which also include the level of officer and member. There can be no more than 165 living companions at any time.

Born in Windsor, Ont., and raised in Welland, Ont., Allaster was an executive with the Women’s Tennis Association from 2006 to 2015, first serving as president before being promoted to chair and CEO in 2009.

During her tenure, she was instrumental in securing equal prize money for women at six WTA tournaments and all four Grand Slams. She also played a key role in streamlining the WTA calendar and securing a landmark international media agreement.

In 2020, Allaster was named as the first female tournament director of the U.S. open.

Former Olympic and world champion sprinter Donovan Bailey will be invested as an officer of the order. The former world record holder won Olympic gold in 1996 in the men’s 100-metre race and in the men’s 4×100-metre relay.

“It’s incredible,” Bailey said of the appointment to the order. “I’m very blessed, I’m extremely humbled to have shared incredible moments with Canadians.”

Bailey said being invested with the Order of Canada is an official recognition of what he has been hearing from fans for the past few decades.

Angela James is a pioneer in women’s hockey, first as a player and now as the general manager and part-owner of the Toronto Six women’s pro hockey team.

The winner of four world championships, including the first in 1990 where she scored 11 goals in five games and was a tournament all-star, she said being invested in the order encapsulates all her achievements on and off the ice.

“I think it encompasses everything that I’ve pretty much done in my life, and to think that my life matters to Canadians is pretty special,” she said.

A star on the Canadian team before women’s hockey became an Olympic sport, James was one of the first two women inducted into the Hockey Hall of Fame in 2010 and said she hopes to continue to see women’s hockey grow.

“As long as we get together and work together as one then I think there is no stopping the women’s game,” she said.

Among the appointees to the order are a number of Indigenous leaders, including Canada’s first Indigenous woman elected as a member of Parliament.

Ethel Blondin-Andrew was first elected as the MP for the Northwest Territories in 1988, and would go on to become the minister of state for northern development in the cabinet of past prime minister Paul Martin.

She has continued to be an advocate for Indigenous women in politics, and recently took part in a United Nations panel in Geneva to discuss that topic.

Karetak-Lindell was first elected as the MP for Nunatsiaq in 1997, the riding that would become Nunavut after it was recognized as a territory in 1999.

“I’ve tried very hard to be the voice for people who might not have had a chance,” Karetak-Lindell said.

After stepping away from federal politics in 2008, she would later become the president of the Inuit Circumpolar Council in 2016, serving for a two-year term.

Although she said she feels honoured to receive the Order of Canada, she said “the biggest reward will always be in that maybe I made someone look to the future with more hope.”

Blondin-Andrew will be invested as an officer of the order, while Karetak-Lindell is being invested as a member.

Other Indigenous leaders among the appointees include Elders David and Imelda Perley of New Brunswick for contributions to education around Wabanaki culture.

Elders Reg and Rosemary Crowshoe of Alberta are similarly being recognized for their preservation of Blackfoot culture.

Contributors to the arts

A number of Canada’s top contributors to the arts have also been appointed to the order, including actress Sandra Oh, who will be invested as an officer.

The Emmy Award nominated actress is best known for the hit TV series including Killing Eve and Grey’s Anatomy. She has also lent her talents to the big screen in movies such as Turning Red and Under the Tuscan Sun.

Donald Mowat is also being recognized for his contributions to the big screen, having been the head of makeup and design on such films as The Fighter, 8 Mile, Sicario, Nightcrawler, Prisoners, Nocturnal Animals, Stronger, Blade Runner 2049.

Mowat was recently nominated for the Oscar for best makeup and hairstyle for Denis Villeneuve’s Dune.

On the music front, founder of the independent record label Attic Records Alexander Mair is being appointed as a member of the order.

The Order of Canada

Gov. Gen. Mary Simon has appointed the following people, who were recommended for appointment by the Advisory Council of the Order of Canada:

Companions of the Order of Canada

Officers of the Order of Canada

Members of the Order of Canada