Preparations are ahead of schedule this year for one of Jamaica’s longest running Reggae festival, Reggae Sumfest. The show is slated for July 16-22 at Catherine Hall Entertainment Center in Montego Bay Jamaica.

Sumfest’s twenty-fifth year will be the most special yet.

The festival’s Chairman Joe Bogdanovich told us that he is extra excited this year and apart from everything being on schedule, he has now opened the door to Nigeria, just one of the African nations
he is planning on opening the show’s doors to.

Bogdanovich who is also C.E.O of Downsound Entertainment in Kingston has booked Nigerian Patoranking for the show.  Patoranking will be the first artiste booked to perform on a Jamaican show and will perform on the island on Reggae Sumfest’s International night. 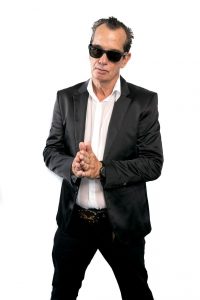 The show’s international night was axed last year and only accommodated local Jamaican acts but according to Bogdanovich, ‘Since Patoranking’s song ,‘’My woman’’ took over the Jamaican airways, we had to include him in our lineup, it is a big deal. Jamaicans love their African brothers  and sisters and
more than half the island will make their way to Catherine Hall to see the show’.

Reggae Sumfest, is slated to become an international fixture and will include a virtual reality steam that will show real time coverage for those who will be watching via live stream at ReggaeSumfest.com
Downsound Entertainment and Reggae Sumfest would like to welcome all Nigerians to watch the show in the comfort of their homes or business. ​