Sorry for disturbing you, Man reacts as he catches his wife Cheating with his best friend (Video) 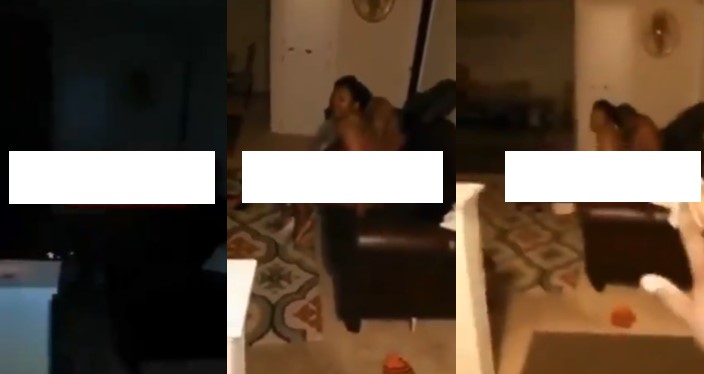 A video has surfaced online, capturing the moment a man caught his wife having intercourse with his best friend, Jason, this home’s in the footage, the man could be seen opening the door swiftly and nabbing them in the act as they searched for words to use in defending their actions.

He then immediately asked his wife named Janelle, for a divorce, saying that he is done with the marriage.

“I want a divorce. Will you give me a divorce?” he said.

The man dropped his copy of the house keys and said he is done, adding that he loves his daughter, but he can’t continue putting up his wife’s cheating.

He then proceeded to say that only the judge will see the footage before concluding with, “Sorry for disturbing you, have a nice day.”