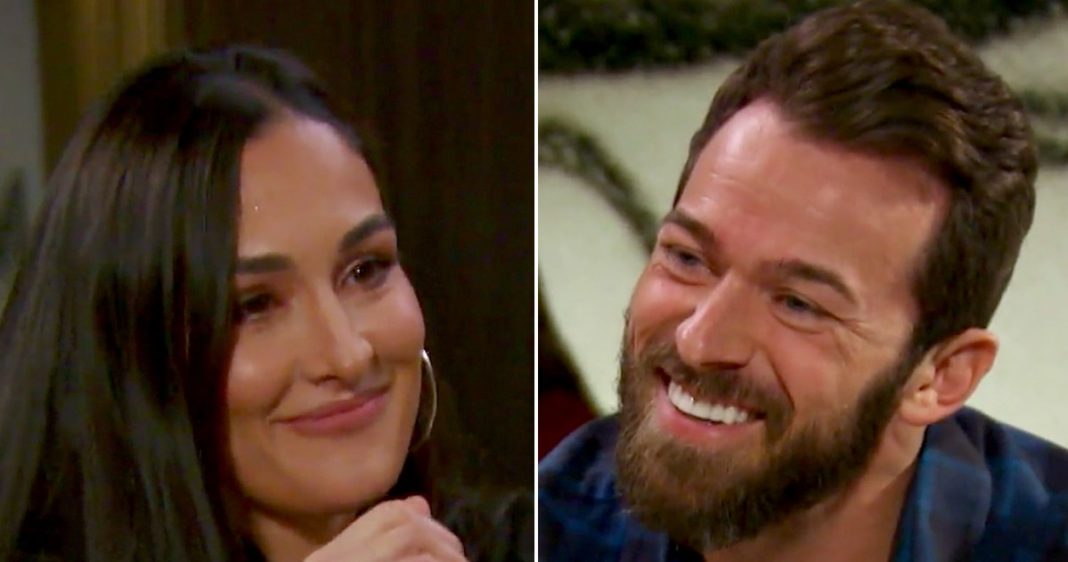 Sparks are flying! Nikki Bella and Artem Chigvintsev get their flirt on while coupling up for a lunch date on the Sunday, January 27, episode of Total Bellas.

The WWE star, 35, looks giddy in a clip from the episode as she prepares to reunite with the ballroom pro, 36, who she partnered with on Dancing With the Stars season 25 in 2017.

“Today I’m meeting Artem for lunch and Artem was my Dancing With the Stars pro,” Bella, who split from fiancé John Cena in April 2018, explains in the teaser. “The last time I saw Artem, I was in a relationship for so long, so I’m just really excited to see him today.”

Everything Nikki Bella Has Said About Dating After John Cena Split

The duo are all smiles as they meet up. “You look good,” the wrestler tells the Russian hottie. “A lot’s happened since I’ve seen you last, which has been a long time.”

Us broke the news earlier this month that the E! personality and the professional dancer have been dating “for a while” following her split from Cena, 41. Bella cheered on Chigvintsev during Dancing With the Stars: Juniors tapings in July and August and spent time with him in Studio City, California, in December.

Cena developed a friendship with Chigvintsev while Bella competed on the ABC talent series. In fact, he once wanted the former Broadway star to choreograph the pair’s wedding routine.

“As far as dancing, I think he’s probably gonna teach me my first dance,” the Blockers actor told E! News in November 2017. “So hopefully I’ll be able to take those tips from him there.”

Cena spoke exclusively to Us last month about his single state of mind, noting that he’s “grateful” for the lessons he’s learned since splitting from Bella, who he dated for six years.