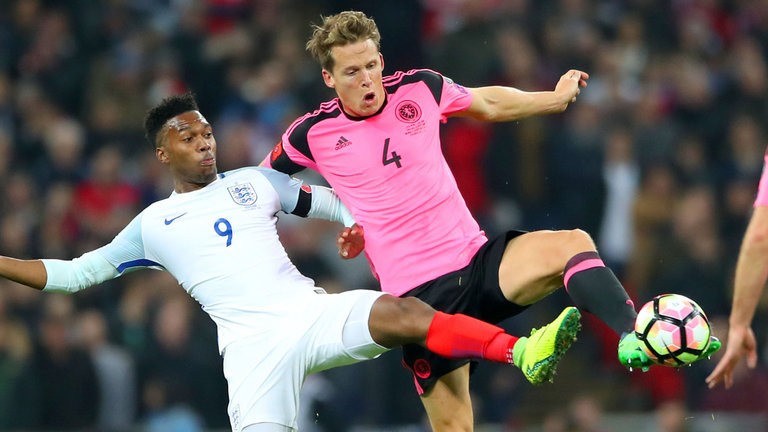 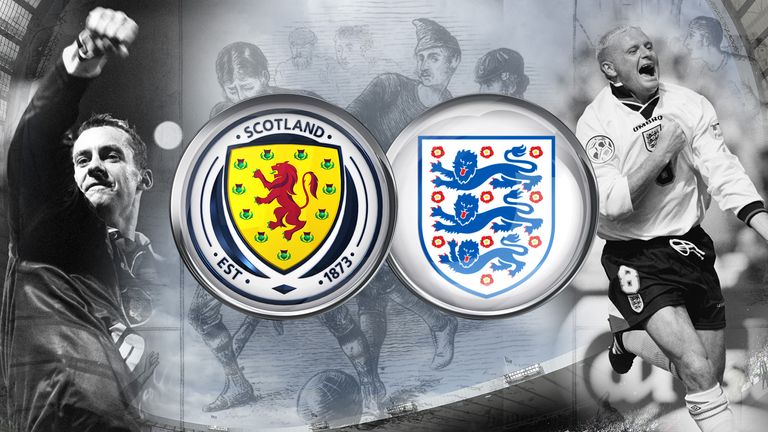 Gareth Southgate’s side are in a strong position to reach next year’s World Cup in Russia after taking 13 points from their first five qualification games.

They currently top Group F having not conceded a goal so far and could move nine points clear of fourth-place Scotland with a win.

Gordon Strachan’s squad were beaten 3-0 by England at Wembley last November but secured a vital 1-0 victory over Slovenia in their previous home match.

They will be without striker Steven Fletcher, who was cut from Strachan’s initial squad, while Adam Lallana could replace injured Liverpool team-mate Jordan Henderson in England’s midfield.

Southgate has confirmed Harry Kane will captain his side.

Allan McGregor is unavailable due to a thumb injury.

Southgate has a fully-fit squad to choose from after everyone reported for training on Friday.

The full complement of 23 were present at St George’s Park for their final session before travelling to Glasgow for Saturday’s match.

Gordon Strachan explains how Scotland can beat England in their World Cup qualifier.

Scotland have lost seven of their last eight internationals against rivals England, with their only win in that run coming in the Euro 2000 second-leg play-off at Wembley.

England are looking to win four successive away matches against Scotland for the first time since a run of five straight wins between 1939 and 1954.

This will be the 114th international between the two nations, with England winning 48 times to Scotland’s 41 (D24).

The last time Scotland managed to score more than once at home versus England was in May 1976, with goals from Don Masson and Kenny Dalglish in a 2-1 win.

By contrast, England have scored three times in each of their last three internationals against Scotland, with eight different goalscorers netting.

Andy Walker talks us through how Scotland can beat England in their World Cup qualifier.

England are the only European team in World Cup qualifying yet to concede a single goal going into this round of fixtures.

Should they shutout Scotland, England would have gone 10 Qualifiers in succession without conceding a single goal.

The hard part for me as a Scot is that we don’t have players in significant positions who can really hurt England, and the bookies are being kind in giving us half a chance.

The Celtic players are obviously on a high after what they achieved and the one I’m pinning my hopes on is Stuart Armstrong.

Scotland will play cautiously and have a real problem at right-back so for me they should play a 5-4-1 formation, keeping it compact with Scott Brown and Darren Fletcher holding, to give themselves any chance of making it difficult for England. The partnership of Dele Alli and Harry Kane is the one that really worries me. These guys have struck up a tremendous partnership and they are clever enough to create space against any backline shape.

Some might expect the Glasgow crowd to upset England but they’ve won pretty easily in recent visits and I’m expecting to ease to a victory, which will most likely end Gordon Strachan’s reign.

England are Sky Bet’s 7/10 favourites with Scotland up against odds of 19/4 for the win, while the draw is priced at 5/2.

Southgate’s men are just 1/20 to win Group F, with Scotland priced at 33/1. Kane heads the first goalscorer betting at 7/2 and is enhanced from 5/1 to 7/1 to bag a brace in Sky Bet’s Price Boosts, while Leigh Griffiths is considered the hosts’ main threat at 15/2 to net first.

Scotland v England is included in this weekend’s bonus Super 6 round, with £250,000 up for grabs again. Enter your predictions for free here.