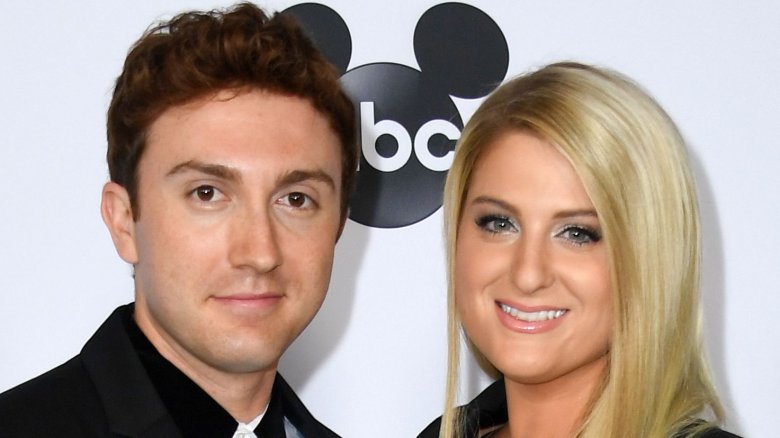 Singer Meghan Trainor is officially off the market.

On Saturday, Dec. 22, 2018, the “All About That Bass” hitmaker tied the knot with her longtime love, Spy Kids actor Daryl Sabara, People magazine reports.

“It’s the beginning of an awesome, whole new life,” Trainor, who turned 25 on the happy couple’s big day, told the magazine. “I got way more than I ever wished for.” Meanwhile, Sabara added, “I’m the luckiest guy in the world.”

Trainor, who donned a Berta wedding dress, and Sabara exchanged their self-written vows in front of 100 loved ones during a gorgeous, winter-themed ceremony held in the backyard of their Los Angeles home.

As Nicki Swift previously reported, Trainor, and Sabara, 26, first announced their engagement in a sweet proposal video in December 2017. “I SAID YESSSS!!!! For my 24th birthday, the love of my life @darylsabara made all of my dreams come true,” the “Dear Future Husband” singer captioned the clip at the time, adding, “He proposed to me under a tunnel of beautiful Christmas lights and surprised me with my family and friends.” The cute pair have been together since July 2016.

More recently, Trainor teased their nuptials on social media earlier this month, captioning an Instagram montage of her Jingle Ball performances with, “My last shows as a fiancé.”

While speaking with People magazine this weekend, the newly married pair revealed that they can’t wait to use their new titles of husband and wife. “I’m really excited to say ‘hubby’ and ‘husband,'” Trainor said, while Sabara added, “I’m no longer the ‘future hubby’ — I get to just be the hubby, which I’m excited about!”

Love is certainly in the air this holiday season, as these two aren’t the only celebs to get hitched this month. Last weekend, Revenge alums Emily VanCamp and Josh Bowman tied the knot in a beautiful ceremony held on Harbour Island in the Bahamas, after announcing their engagement in May 2017. Meanwhile, singer Nick Jonas and actress Priyanka Chopra famously got married on Dec. 1 in a star-studded affair held at the Umaid Bhawan Palace in Jodhpur, which combined traditions from Eastern and Western cultures. The happy couple’s wedding news followed a whirlwind romance. Jonas and Chopra, who first got together in May 2018, confirmed their engagement in mid-August.

Congratulations to Trainor and Sabara on their nuptials!