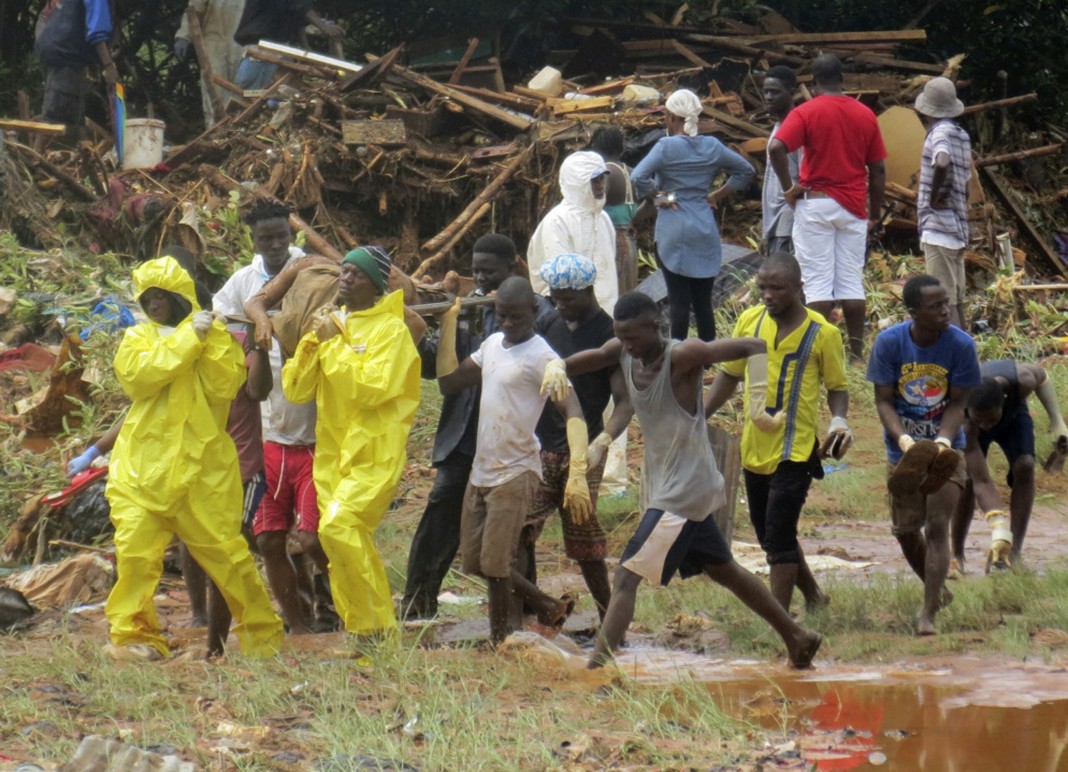 A week after a mudslide killed hundreds of people in Sierra Leone’s capital, Freetown, some relief agencies said the likelihood of finding more survivors is so slim that rescuers should halt digging.

Thick mud and a lack of equipment are hampering search operations and may expose rescue workers to diseases, Idalia Amaya, an emergency response coordinator for Catholic Relief Services, said by phone from Freetown. Some relief agencies proposed that the government turn the areas where bodies are trapped into memorial sites, she said.

“Because it’s still the rainy season, it’s going to be dangerous to continue to be digging if you don’t have the proper equipment,” she said. “It’s a high risk.” August is the peak of the rainy season in Sierra Leone.

Last week’s mudslide happened after a mountainside collapsed in Regent in the southeast of Freetown following torrential rains. The disaster came less than two years after the end of an Ebola epidemic that killed more than 11,000 people in West Africa, with Sierra Leone one of the hardest-hit countries.

The government has buried 493 people while hundreds remain missing. Living centers have been set up to house the people displaced but these units are “overcrowded,” Amaya said.

Damage to water and sanitation facilities make residents of disaster areas vulnerable to diseases, including cholera and typhoid, the World Health Organization said on Monday. Cholera response kits are being distributed and health workers are trained to recognize the signs of the illness, the WHO said.