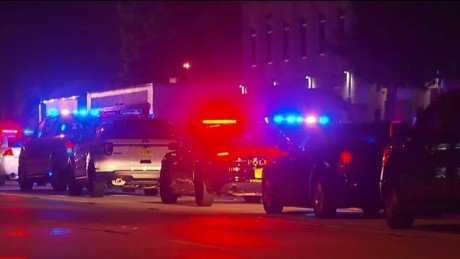 A shooting in a Little Rock nightclub has left at least 17 people injured, according to local police, who said they did not believe it was a terrorist-related attack.

Little Rock Police Chief Kenton Buckner told KTHV that the shooting, which occurred around 2:30 a.m., appears to have been the result of a “dispute [that] broke out between people inside.”

We do NOT believe this incident was an active shooter or terror related incident. It appears to have been a dispute at a concert.

The police say that one person who was hospitalized and initially listed in critical condition has been upgraded to stable. Other victims were injured trying to escape the club, police said.

This is a breaking news story. As often happens in situations like these, some information reported earlier may turn out to be inaccurate. We’ll move quickly to correct the record, and we’ll only point to the best information we have at the time.