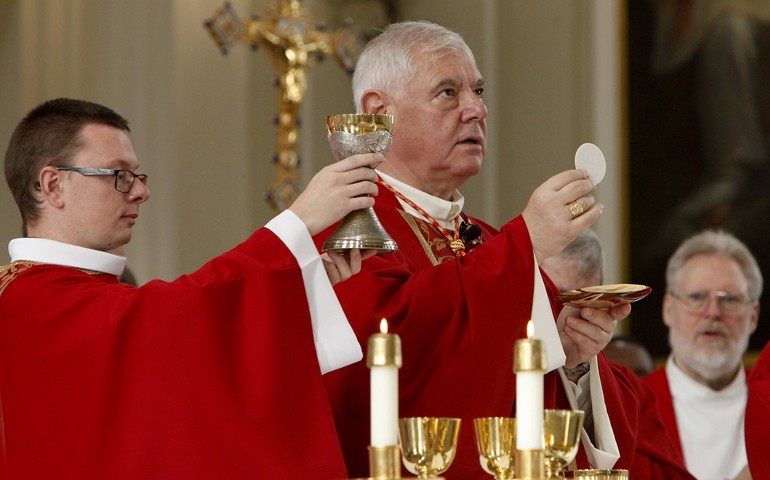 German Cardinal Gerhard Mueller, an arch-conservative who led the Vatican’s doctrine watchdog, has been dismissed from his post by Pope Francis, several media outlets reported on Saturday.

Francis met him on Friday, and according to the reports, told Mueller that his mandate had come to an end after five years.

The news, published by the La Stampa and Il Messaggero newspapers, among others, was first reported on Friday by conservative blogs, Corrispondenza Romana and Rorate Caeli.

The Vatican press office was not immediately available for comment.

The German cardinal is seen as a leading critic of Francis’ landmark Amoris Laetitia document which in 2016 suggested that people who were divorced and remarried could, under special circumstances, be allowed to take the Holy Communion.

In March, Mueller’s congregation was accused by clergy sex abuse survivor Marie Collins of resisting the work of a papal commission on child protection.

She told Jesuit magazine America that the CDF’s “shameful’’ attitude led her to resign from the commission.

Pope Francis stand in defence of the church has brought sanity into the Roman Catholic church in recent time.

This include his decision on the crisis rocking the Ahaira Mbaise Diocese where he threatened to sack ordained priests who work against the church.