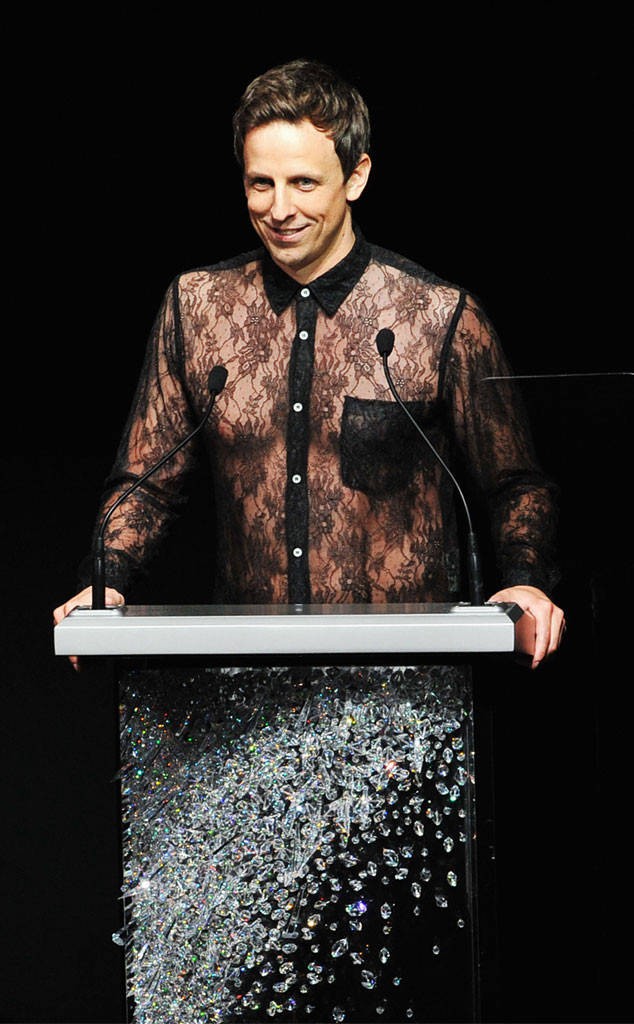 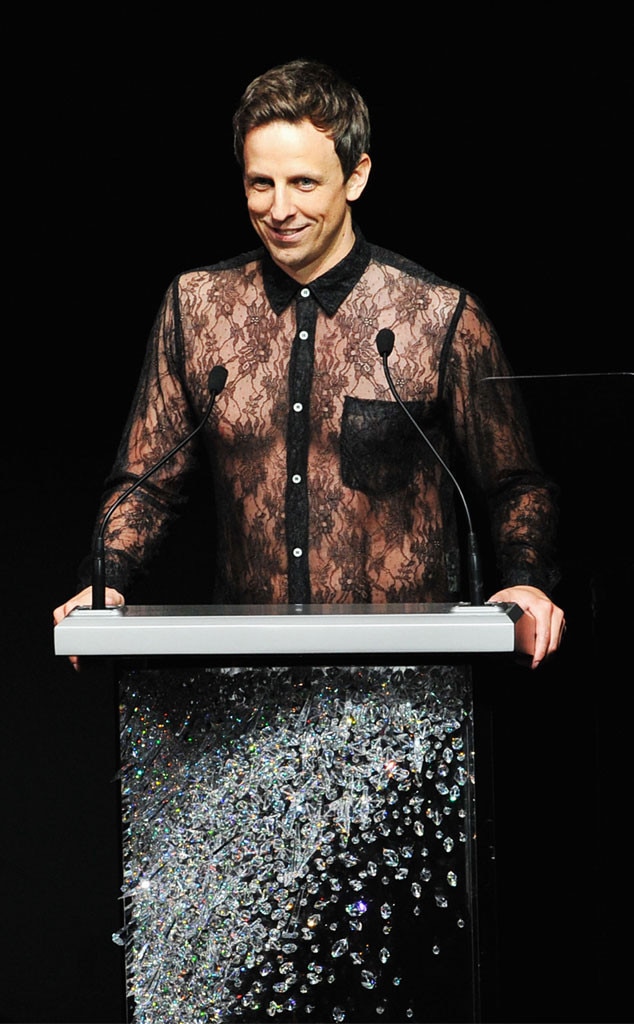 Seth Meyers is always in vogue.

The 2017 CFDA Fashion Awards, in partnership with Swarovski for the sixteenth year, will take place at The Manhattan Center’s Hammerstein Ballroom in New York City June 5. Meyers previously hosted the award ceremony in June 2012. “I am so happy that Seth agreed to be our host,” designer Diane Von Furstenberg, chairwoman of the CFDA, said in a statement Tuesday. Meyers’ “charm, wit and intelligence will enhance an evening that we plan to be very festive.”

Meyers’ 2012 appearance was a memorable one, due in part to his tribute to Marc Jacobs. During the ceremony, the Late Night changed out of his black tuxedo and into a bedazzled, lacy look that Jacobs had worn on the red carpet one month earlier. “It was completely see-through; I had boxers. You can’t tell, but my shoes had buckles on them,” Meyers told Conan O’Brien two weeks after the ceremony. The idea actually came from Vogue‘s editor-in-chief, Anna Wintour. “She said to me, ‘I have the funniest idea,'” he said. “And I had this moment of, ‘Oh, do you, Anna Wintour, have the funniest idea?’ And she was like, ‘Yeah. You should wear Marc Jacobs’ Met outfit.’ I was like, ‘Aw—that is a pretty funny idea.’ You were right, Anna Wintour!”

After putting the outfit on, Meyers recalled thinking, “This is the nicest thing I’ve ever worn.”

“If in any other segment of my life it was cool to wear this outfit,” Meyers said, “I would wear this everywhere. I would do it doing Weekend Update. It was so comfortable. It was so breezy.”

To avoid a wardrobe malfunction, the Emmy winner said, “I did wear two pairs of underpants.”

The 2017 CFDA Fashion Awards nominations were announced in March.