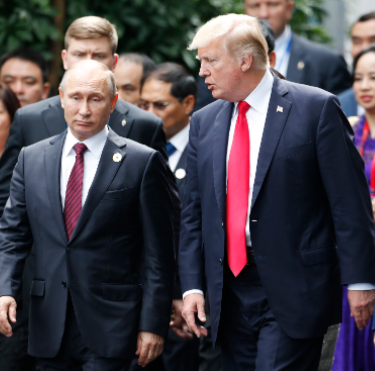 US President Donald Trump said on Tuesday that he spoke with Russian President Vladimir Putin to congratulate him on his recent election victory but Republican Sen. John McCain slammed him for that, calling it an “insult”.

Trump said that he and Putin would likely get together in the not too distant future to discuss what he called “the arms race,” Ukraine, Syria, and North Korea.

“We had a very good call,’ Trump said. He added that the arms race “is getting out of control. We will never allow anybody to have anything close to what we have.”

Reacting to Trump’s statement, Republican Sen. John McCain said Trump had “insulted” Russians who had been denied a chance to vote.

McCain said in a statement: “An American president does not lead the Free World by congratulating dictators on winning sham elections. And by doing so with Vladimir Putin, President Trump insulted every Russian citizen who was denied the right to vote in a free and fair election to determine their country’s future, including the countless Russian patriots who have risked so much to protest and resist Putin’s regime.” 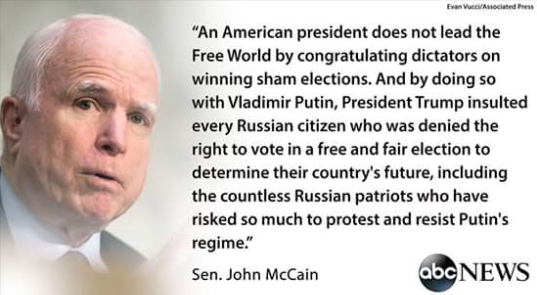