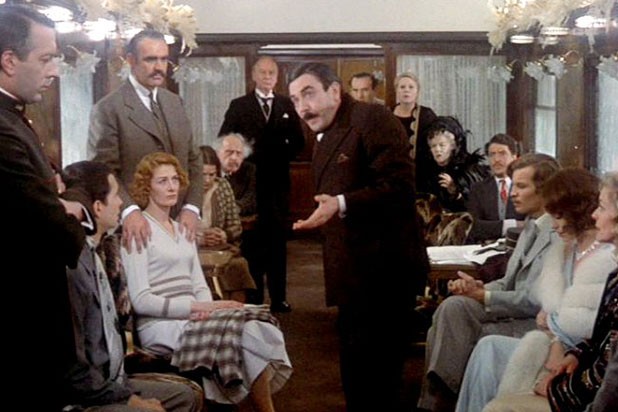 Johnny Depp helps bring the star power to Murder on the Orient Express, which, judging from the cast alone, looks like a killer film.

The movie based on Agatha Christie‘s 1934 mystery novel and tells of a mystery surrounding the murder of a man on board a train traveling across Europe. Kenneth Branagh directed the movie and stars as the main character, private investigator Hercule Poirot, who dubs himself the “greatest detective in the world.”

Depp plays Edward Ratchett, the killed train passenger. Murder on the Orient Express also features a slew of well-known stars as fellow riders and murder suspects (yes, plural). Depp’s Pirates of the Caribbean: On Stranger Tides co-star Penélope Cruz as the Missionary, his Dark Shadows co-star Michelle Pfeiffer as the Widow, Star Wars‘ Daisy Ridley as the Governess, Leslie Odom Jr. as the Doctor, Josh Gad as the Assistant, Willem Dafoe is the Professor and Judi Dench as the Princess.

The trailer, set to Imagine Dragons‘ song “Believer,” was released Thursday and shows a glimpse of Depp and the seemingly bewildered passengers following his character’s killing.

Murder on the Orient Express is set for release on Nov. 10.