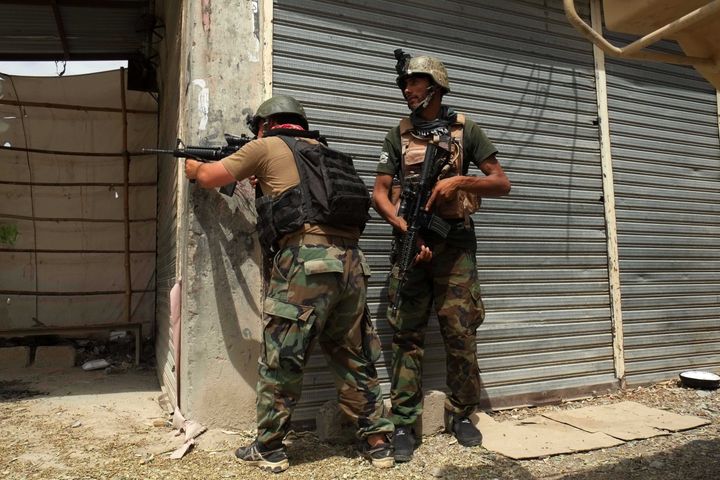 On Sunday, Secretary of State Antony Blinken defended the Biden administration’s decision to pull out American troops from Afghanistan even as the Taliban government overtakes the country, saying that the U.S. completed its initial goal and is keeping a promise to avoid further war.

“Like it or not, there was an agreement that the forces would come out on May 1st. Had they not, had we not begun that process, which is what the president did and the Taliban saw, then we would have been back at war with the Taliban,” Blinken said in an interview with CNN’s “State of the Union.”

Blinken was referencing a May deadline that the Trump administration set with the Taliban early last year. If the U.S. did not follow through with that promise, Blinken said there would have been retaliation and American forces having to go back into war with Afghanistan.

Host Jake Tapper expressed concern about the withdrawal’s speed and planning; however, he questioned the safety of Americans and Afghan translators who remain in the country. Tapper also questioned the Biden administration announcing in April that it would remove 2,500 to 3,000 troops by Aug. 31 and its decision to send roughly 5,000 more troops to help with the withdrawal.

Secretary of State Blinken on Afghanistan: “That status quo was not sustainable. Like it or not, there was an agreement that forces would come out on May 1. Had we not begun that process… then we would have been back at war with the Taliban… with tens of thousands of troops” pic.twitter.com/HZx8vwTYhA

“Does that not on its face show that the exit was ineptly planned?” Tapper asked.

“What we’ve done, what the president has done, is make sure that we were able to adjust to anything happening on the ground,” Blinken said of the extra troops being added. He further argued that the U.S. is safer than it was before the 2001 terror attacks that led to the Taliban’s removal from power in Afghanistan by U.S.-led forces. The original goal of removing the 9/11 mastermind Osama bin Laden was also completed.

“We have tremendously more capacity than we had before 9/11 when it comes to counterterrorism,” he said, adding that he believes terror organizations won’t try anything again because of how the U.S. reacted to the 2001 attacks.

Experts, meanwhile, have warned that the militant group is stronger now than at any point in the past 20 years.

Asked whether the U.S. would ever recognize the Taliban as a legitimate government, Blinken said the Islamic fundamentalist group would need to change completely.

Former President Donald Trump, who brokered the withdrawal deal, has accused President Joe Biden of not “following the plan” that his administration left behind.

“He ran out of Afghanistan instead of following the plan our Administration left for him — a plan that protected our people and our property and ensured the Taliban would never dream of taking our Embassy or providing a base for new attacks against America. The withdrawal would be guided by facts on the ground,” Trump said in a statement that did not elaborate further on this alleged plan.

Biden has similarly blamed Trump for the current situation, accusing him of leaving the Taliban “in the strongest position militarily since 2001.”

“When I came to office, I inherited a deal cut by my predecessor — which he invited the Taliban to discuss at Camp David on the eve of 9/11 of 2019 — that left the Taliban in the strongest position militarily since 2001 and imposed a May 1, 2021, deadline on U.S. forces. Shortly before he left office, he also drew US forces down to a bare minimum of 2,500,” Biden said. “I was the fourth President to preside over an American troop presence in Afghanistan — two Republicans, two Democrats. I would not, and will not, pass this war onto a fifth.”