Scheana Shay: Robby Hayes and I Are ‘Good Friends’ After ‘Pump Rules’ Date 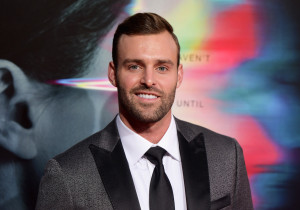 Perfectly platonic! Scheana Shay and Robby Hayes locked lips on the Monday, January 14, episode of Vanderpump Rules, but their present-day relationship is not romantic.

‘Vanderpump Rules’ Season 7: Everything We Know

The Bravo personality, 33, exclusively told Us Weekly in November 2018 that she and the Bachelorette alum, 30, are “really good friends” and not a couple, although she called him “supportive,” “reliable” and “drop-dead gorgeous” on Monday night’s episode before they had a steamy makeout session at OUE Skyspace in Los Angeles.

Shay and Hayes, who placed second on JoJo Fletcher’s Bachelorette season in 2016, previously played coy about their flirty friendship. 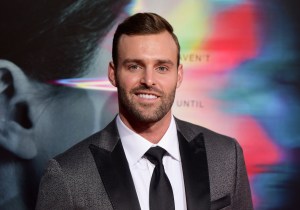 “Whether we have moved on from our own unsuccessful love stories on television to our own is still up in the air,” the Bachelor in Paradise alum exclusively told Us in March 2018. Added the SUR-ver, “I’m just really focused on working right now. I’m open to dating, but not, like, a relationship.”

The pair were spotted holding hands during a romantic rendezvous in Hawaii two months later, but they never took their relationship to the boyfriend-girlfriend level.

Shay, who has been enjoying her single status on season 7 of Vanderpump Rules and has been pining for Hayes’ best friend Adam Spott, opened up about playing the field during an exclusive interview with Us in December.

11 Most Insane Moments From the ‘Vanderpump Rules’ Season 7 Trailer

“I’m single. Everyone’s like, ‘Oh, you move on quick. You always have a new guy.’ And I’m like, ‘That’s called dating. Single girls date.’ If I was dating one person, that would be my boyfriend. I would be in a relationship,” she told Us at the time. “No one has captured my interest long enough to make me want to settle down.”

The “Gold as Gold” singer — who was married to Mike Shay from July 2014 to November 2016 and dated Robert Valletta from February to October 2017 — added to Us that she “still” believes in marriage, but “it would take someone really, really special to have me go through all that again.”