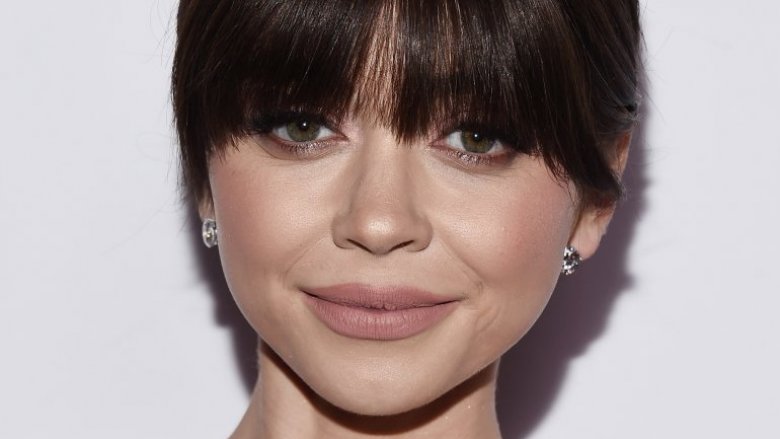 On Thursday, Aug. 2, 2018, the TV star took to her Instagram Stories to share a candid health update with her fans while hitting the gym. “#strongwomen,” she captioned a video of herself doing pull-ups. While admitting in a weight-training clip, “Realllllly did NOT want to come in today,” she added in another post, “But I’m very glad I diiiiid. Be strong out there ladies!!! Every workout counts!”

Hyland also posed for a mirror selfie, which showed off the results of her hard work in recent months. “Very proud of this,” she wrote, with her toned abs on display. “Seeing as I was 75 lbs earlier this year.”

As Nicki Swift previously reported, the 27-year-old actress had been forced to take time off from filming the upcoming rom-com, The Wedding Year, when she was hospitalized in mid-June 2018. At the time, she did not disclose the reason behind her trip to the hospital. However, Hyland has often spoken openly about her chronic health problems, which stem from her lifelong battle with kidney dysplasia and resulted in a kidney transplant in 2012.

Hyland was given clearance to work out again in late June, when she first began documenting her wellness journey. “Abs here I come,” she wrote on social media at the time. “It’s been a while. Strong > Skinny.”

We’re glad to see the actress is doing so well following her recent health scare — especially since she was unfortunately made the target of body shamers on social media earlier this week.

“I’ve been reading some of your DMs and so many of you are like, ‘Girl, you fine but like, eat some bread!'” Hyland said on her Instagram Stories on Wednesday, Aug. 1 (via People). The TV star, who’s often had to deal with comments about her weight, added, “So I would like to put in a request for anyone who is concerned about my bread consumption to send to [my boyfriend] Wells Adams, because he is the sole person who knows about how much bread I consume on a daily basis. Thanks! Love you, mean it, k bye.”