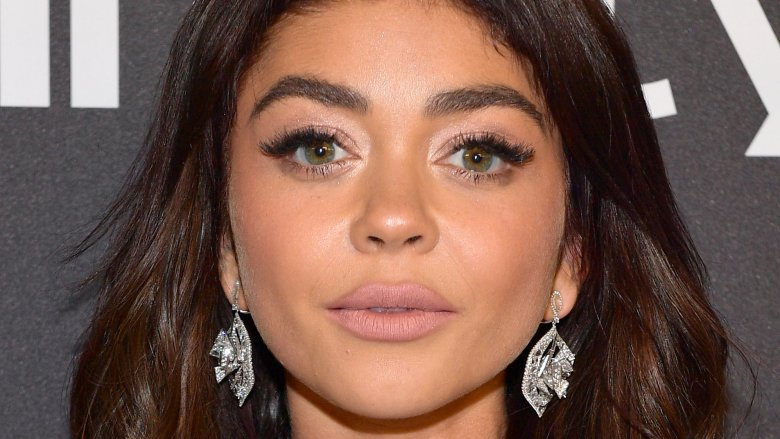 Modern Family star Sarah Hyland is opening up about her mental health struggle.

During her Friday, Jan. 11, 2019, appearance on The Ellen DeGeneres Show, the actress shared new insight into how she experienced and overcame a battle with depression and suicidal thoughts ahead of her second kidney transplant.

“I have an amazing job, an amazing support system,” Hyland, who has suffered from several chronic health problems stemming from her lifelong battle with kidney dysplasia, told the titular host. “But…after 26, 27 years of just always being sick and being in chronic pain every single day, you don’t know when you’re going to have the next good day. It’s really, really hard.”

The 28-year-old TV star added, “I would write letters in my head to loved ones of why I did it and my reasoning behind it, how it was nobody’s fault. And I didn’t want to write it down on paper because I didn’t want anybody to find it, because that’s how serious I was.” Noting that she’d “kept it to [herself] for months and months” and came “very, very, very, very close” to taking her life, Hyland revealed, “It ended up being myself that got me out of that. I had to do it on my own. I told myself I had to do it on my own.”

As Nicki Swift previously reported, Hyland first opened up about her hidden health crisis while speaking with Self magazine in early December 2018. The Wedding Year star, who received her first kidney transplant from her father back in 2012, had spent the last two years in and out of the hospital after her body began to reject the organ. She quietly underwent a second transplant from younger brother Ian in September 2017. Thankfully, with the ongoing support of her family, friends, and longtime boyfriend Wells Adams, Hyland recently told Entertainment Tonight, “I’m doing really really well.”

During her recent interview with DeGeneres, the ABC star emphasized that, while going to therapy and “just saying it out loud helped immensely,” this was simply her own personal journey, saying, “Every person with their anxiety or depression or if you have suicidal thoughts, every individual is different, so I wouldn’t just rely on everything that I say.” Hyland added, “I’m just sharing my story. But I think talking to someone and saying it out loud really, really makes it sound almost ridiculous and it puts everything into perspective.”

For her part, the stand-up comedian told Hyland she was “amazing” for being so outspoken about the matter. DeGeneres noted, “I think the more people talk about anything that people are scared to talk about, it’s good for all of us.” We couldn’t agree more.